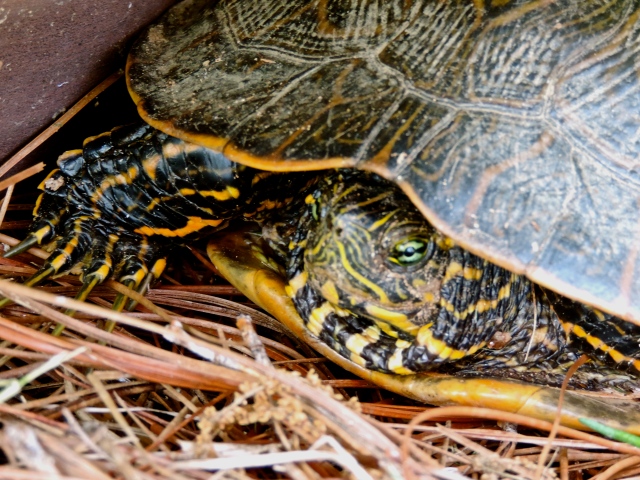 I walked down the front steps, down to the walk to cut back a few of the spent geraniums blooms, when I happened to look down and to my surprise I spy a rather large turtle.
This was not the average small garden box turtle. “What in the heck is a big turtle doing sitting under my geranium pot on my front walkway??” I muse to myself. We happen to live on a large pasture type of property bordered by some woods— this turtle, however, looks to be a water type of turtle— The type of turtle often seen sunning on limbs sticking out of a pond or lake. 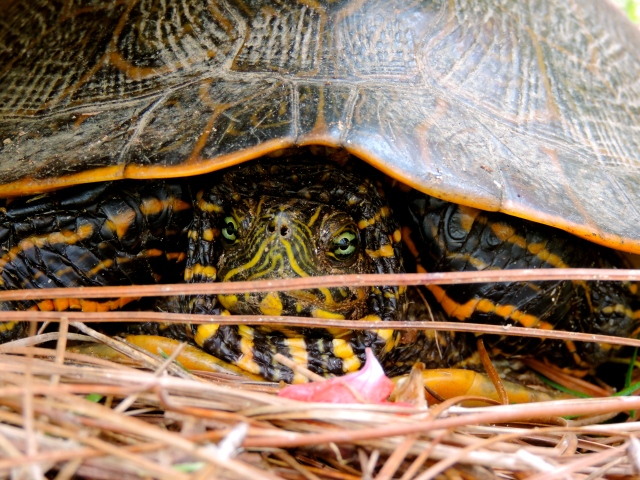 I call my husband at work asking him about the turtle. He instructs me to get a shovel, in order to pick it up, moving it away form the house–he’s worried it could bite–but I knew this was not a snapping turtle–however it could be stressed or injured. I grab my trusty spade, gently lifting the turtle, who is about the size of an elongated basketball, I walk it over to the edge of the woods. I did notice a couple of those nasty green flies–the type of fly I call the death flies, buzzing about him. The turtle appeared alert, not wounded, but of course I didn’t pick it up for a close inspection– all the while noticing those claws of his, I think it best not to touch him.

I put the turtle down– walking back to the house in order to grab my camera. I wasn’t gone from the turtle more than 2 minutes. When I returned to the spot, he was gone. Upon further inspection, I see him about 20 feet away from where I’d left him. He must not be too bad off as he can move relatively quickly if necessary. After a couple of pictures, I leave him alone, hoping he will eventually find “home”–I walk back to the house wondering how in the world a water turtle turns up in my yard. After a little internet search, I discover my turtle is a painted turtle, who indeed spends its life in and around water…still a mystery, but a nice unexpected visit, I chalk it up to my little “gift” of nature for the day. 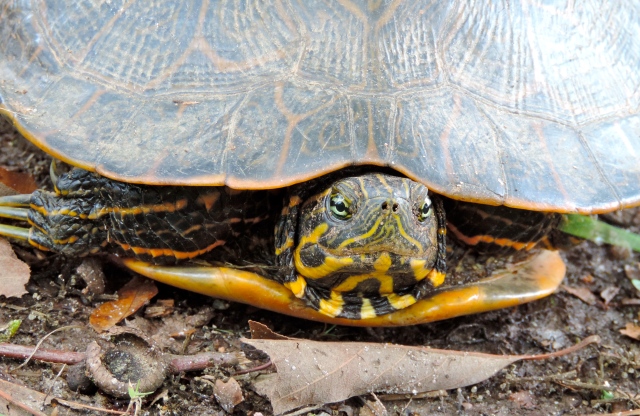 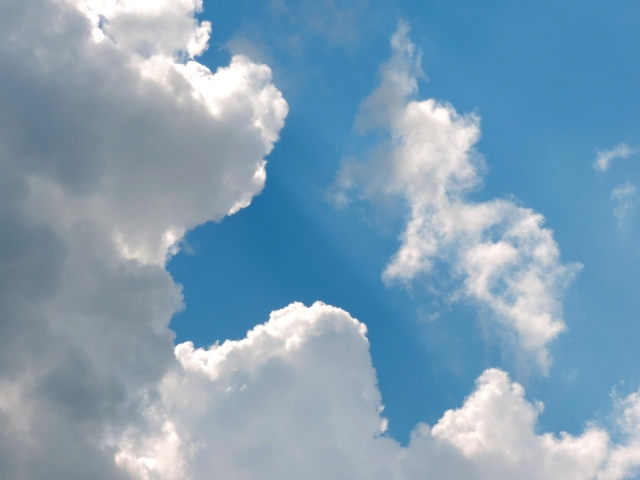 “The world is indeed full of peril and in it there are many dark places.
But still there is much that is fair. And though in all lands, love is now
mingled with grief, it still grows, perhaps, the greater.”
― J.R.R. Tolkien

It is often quite easy to grow discouraged–with hopelessness nipping constantly at our heels. Tragedies at every turn tempt us with unanswerable questions. Why? How could this be? It’s not fair. All that is wrong seems to outweigh whatever may be good. The question so often thrown in the believers face in such times is “how can a loving God allow such?” Even as “believers” we often shout in dire frustration the same doubts into a seemingly empty void….is there no response?

This is all so difficult. And yet we so often see the answers all right in front of our face. Slowly, one by one the answers emerge… One hand reaches for another…a stranger’s arms stretch to embrace and enfold one who is in anguish. Someone appears out of the nothingness to help, to hold, to lead…..the clouds pass, the sun does come up again, there is a new dawn, a new day…we begin again, slowly, steadily, moving forward—not as quickly as we’d like, but forward just the same. Because out of the bitter darkness emerge two powerful forces—Love and Hope.