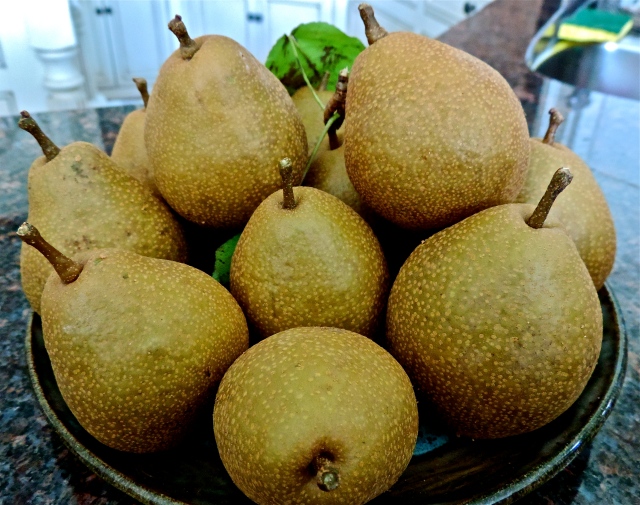 One hot summer’s day a Fox was strolling through an orchard till he came to a bunch of Grapes just ripening on a vine which had been trained over a lofty branch. “Just the thing to quench my thirst,” quoth he. Drawing back a few paces, he took a run and a jump, and just missed the bunch. Turning round again with a One, Two, Three, he jumped up, but with no greater success. Again and again he tried after the tempting morsel, but at last had to give it up, and walked away with his nose in the air, saying: “I am sure they are sour.”

Moral of Aesops Fable: It is easy to despise what you cannot get

It was a hot afternoon when I was out pulling up the tomato cages, as the garden is sadly no more. We store the wire cages, those which go around the tomato bushes, just inside the woods besides our house (don’t worry, the woods are on our property). As I was being ever so careful to make my way into the little clearing, so afraid of a copperhead hiding in the leaves by the tractor’s plows, I spy the wild pear tree—full of pears. “Ooooooo” I think to myself.

I had a pair of pruning shears with me, maybe I could use them. No…. I know… the stakes to the tomato cages… I’ll use one of the metal stakes to reach up and hook a branch pulling it down just enough… allowing me the chance to pluck a few pears. This worked for the lower hanging pears. I found that I could also gently tap the pears with the metal stakes, as they must be ripe enough as they would easily fall to the ground. Problem was that the dead leaves and debris was so deep that I couldn’t see where they all fell.

Maybe if I try a couple of vertical jumps, you know those types of jumps they like to use to measure how high a football player can leap up..the better to snag an interception…like what I’m always wanting The DAWGS to do….oh I’m sorry, really digressing…….hummm, remember that broken ankle, hummm, and wonder about jumping up and down in this jungle of a woods, will I stir up snakes, big bugs, land in another hole….hummmm…anyway I’m still too short to reach the higher pears.

I knock down 12 pears. Hard as a rock, brown, wild, wood pears. I feel most victorious as I carry my bevy of pears to the house. My husband sees me coming in with an arm load of what he thinks is a bunch of brown rocks. “What in the world do you have?” He asks most curious. “Wild wood pears, thank you very much.” “I’ve told you, no body eats those things, the deer don’t even eat them, coons and possums won’t eat them. They’re poisonous!” “They are not poisonous, you have to cook them….making stewed pears.” No thank you, I am not eating poisonous brown rocks, in fact they’re not even pears.” “Oh my gosh, of course they’re pears and no, they are not poisonous.”

So goes the afternoon conversation. I will agree that they are terribly hard—and no, they do not soften up as they ripen—I’m not even exactly certain if they actually ripen. Well, they do look nice sitting on the little plate. I think they shall be my decorative little fall pears. They may be hard as baseballs, but they are my pears, and I plucked them without rebreaking my ankle, being bitten by a snake or covered in ticks.

The morale of the story—perseverance prevails, but that doesn’t always mean you can eat what you pluck. I think they may be too sour………….