Prayer is not asking. Prayer is putting oneself in the hands of God, at His disposition, and listening to His voice in the depth of our hearts.”
― Mother Teresa

Martha, pronounced Maaathha.
You must remember this is the South.
It was not until I was much older, did I finally realize that my aunt’s name was not spelled, as my mother had always pronounced it–Mothaa—like a moth with a pronounced “a” at the end but rather like the traditional spelling of m a r t h a.
She is my mother’s younger sister.
She and I are our only remaining links to that side of the family….
We are 20 years apart in age.
We have been through thick and thin…which I suppose started around the time the above picture was taken in what I believe to be 1963.

She lives in South Florida, where she’s been for the last 30 some odd years, but was born and raised in Atlanta. 27 years ago she and I dealt with my mother’s short lived illness and eventual death—we did so together. I never could have survived those dark days with Dad by myself. Three years following that, my grandmother, her mother, died after a sad lengthy battle with dementia. And lastly Martha, who had lived in a 30 year long marriage of emotional and mental abuse had had enough…

That eventually left just the two of us.

To do what you ask?
Travel of course…. 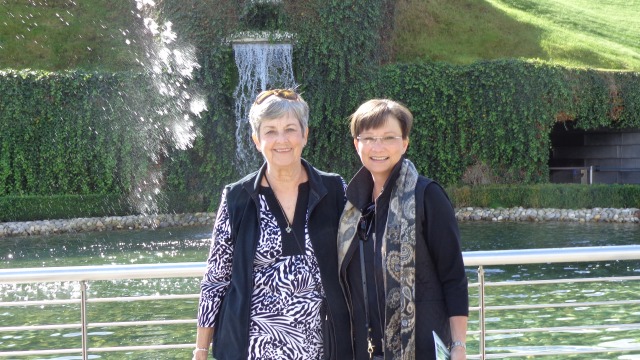 In front of the surreal world of Swarovski’s Crystal world in Wattens, Austria outside of Innsbruck

And so we have, for many years now all over this planet of ours, sought adventure. In part I think we go for my mom who never got to “go”– who lived a life, we have both come to discover and understand, was not the happy life we had assumed. We go to celebrate the lives of those lost and we go as wayward pilgrims on a necessary journey–most often of self discovery. And of course we go to eat…

As in the bowl of Bouillabaisse she had in Bruges….maybe not something to eat in Bruges…

Or the zuppa in Florence at Il Latini—guests had a choice of one soup– since Martha couldn’t make up her mind, the waiter, who seemed smitten, brought her all three—this before the entree of Bisteca a la Florentine–that was the best pappa pomodoro we have ever tasted.

But it has been the news from a week ago that has me reaching out to those of you who are inclined to Pray.

From a routine physical last week at her doctor’s office, blood was detected in her urine. She was feeling fine as she is never one to really get sick. She has joined her local Y and is now a svelte, lean mean fighting machine of an aunt…. so needless to say Martha was stunned when the doctor sent her for a myriad of tests consisting of an Ultra sound and CT scans.

This is when the mass was discovered.

Her left kidney has a very large mass, which appears to be totally contained within the kidney, thankfully. Surgery is scheduled for Thursday morning..as in tomorrow—October 17th. They will remove the entire kidney.

As my aunt reads this blog, I asked her if it was all right that I send out this “request” as I am now humbly asking those of you who pray, to please remember my aunt tomorrow morning. I also ask that you please include her daughter and granddaughter in your prayers as they, along with my small family here, nervously approach Thursday morning…and as Martha undergoes the removal of a kidney, I ask for your prayers of Peace…prayers for the doctors and the surgical staff, prayers for recovery, prayers for Grace and finally prayers of Gratitude…..

We jokingly wonder if this has anything to do with her current health scare as she is seen here following the Milanese tradition for luck of, umm, twisting one’s heel on the b@*ls of the bull in the famous Galleria Vittorio Emanuele II…perhaps the bull had had enough twisting….

Here is to my aunt, my friend and my partner in crime—Prayers for good health, healing, Grace and Gratitude….and many more adventures….. 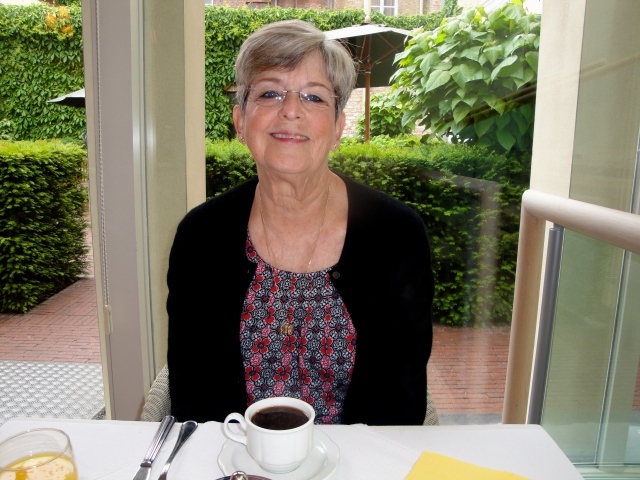