“Our anxiety does not empty tomorrow of its sorrows, but only empties today of its strengths.”
― Charles H. Spurgeon

“Some people feel guilty about their anxieties and regard them as a defect of faith. I don’t agree at all. They are afflictions, not sins. Like all afflictions, they are, if we can so take them, our share in the Passion of Christ”
― C.S. Lewis 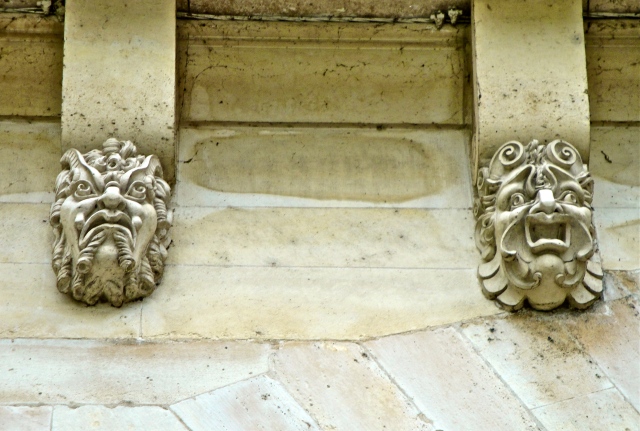 (lovely relief masks found under an ancient bridge crossing over the Seine in Paris as seen from a bateau / Paris, France / 2011)

Ok so you would most likely assume that if a person had a life sized one of these standing about in one’s home, there would be a certain sense of well being, an understood knowledge that all was indeed quiet on the western as well as the eastern, the northern and the southern fronts and that everything would be under control right? 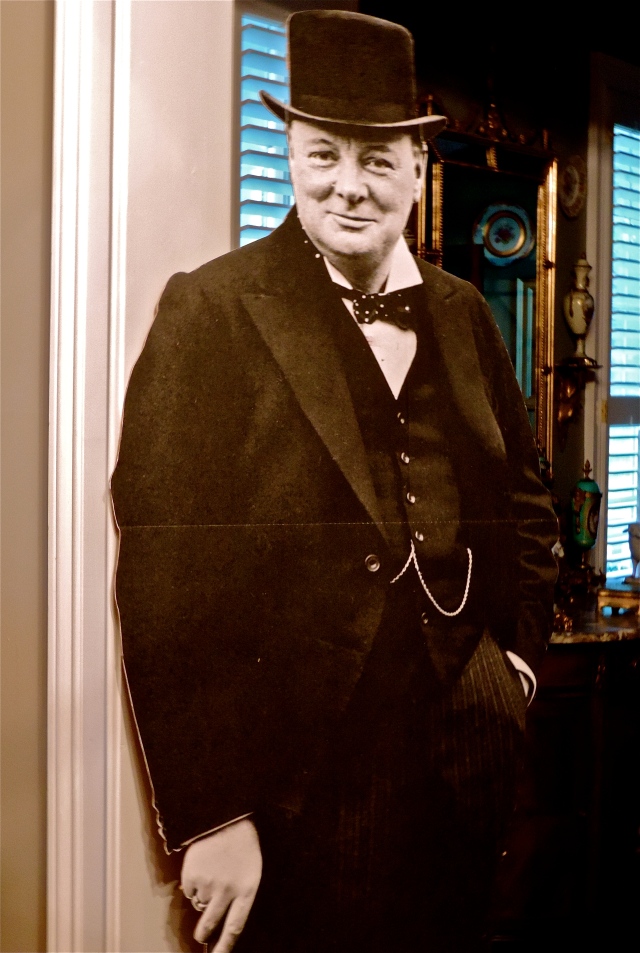 And yet there is a prevailing sense that something big is coming.
Like it or not, it is indeed coming.
As in 26 days, less than a month, as in you’ve been hearing about, plotting and planning about this now for nearly 3 years. . .and yet, the foreboding sense of something huge and monumental coming, as in like it or not–it’s coming, is proving palpable.

Maybe it is assumed that everyone is hunkered down, ready and waiting.
All eyes are focused, ever so keenly scanning the horizon for the slightest bit of movement, fingers steady and poised on all sorts of triggers.
Preparedness is key!
Organization is paramount!
A stiff upper lip a necessity. . .

For some reason, the fact that I keep reminding all living and breathing personnel residing in this particular doctor’s office that we have a wedding on June 7th—does not seem to deliver the same overwhelming sense of panic that it does for anyone but me and perhaps the bride to be, and maybe my son.

So, as of now, we’re on for a scope only Tuesday, as in tomorrow. The supposed surgery which was mentioned, the one that I think I heard as having something of a 2 week recovery time of such, as in there is this little thing such as a wedding taking place in less than a month, a wedding that has been in the making now for 3 years, as in it’s happening in historic Savannah, as in the famous park, as in this had to be set in stone over a year ago, as in come hell or high water we WILL all be present and accounted for, as in one would think a bride and groom would want to feel 100% on their wedding day, as in is this not becoming a bit of a hinderance to one’s health, as in maybe should I have gone into medicine since I seem to be the only one to have a better sense of time and priorities—or is that just a mother thing???

At any rate, I will hold onto my panic a bit longer, sharing it with this medical office as often as possible and will continue asking for prayers as I believe that prayer does indeed availeth much. . .
Confess your faults one to another, and pray one for another, that ye may be healed. The effectual fervent prayer of a righteous man availeth much.
James 5:16

And since we’re now talking about confessing. . .
Remember my voila moment from the other day?
The construction of my wonderful purple martin house?
The one I worked so hard putting together so that the birds wouldn’t think of me as a slum lord?
Remember the picture of the bluebird sitting on top of the collapsing old house I was wanting to replace?

It’s a bit of a long story.
One I really don’t think I’m emotionally sound yet to fully discuss but let’s just say that
A. My husband who thought he would be sweet and go out yesterday morning to remove the old one and replace it with the new one discovered that I may not have assemble it exactly correctly. . .

I know this comes as a great shock, but surprisingly, it seems that maybe I did not line up a couple of arrows correctly. Of which meant the pole wouldn’t fit up inside the house. 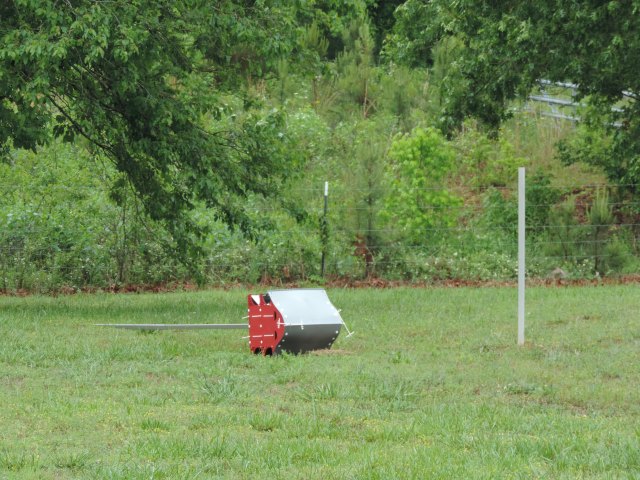 Once the blasted thing is assembled, you can’t undo what you did—being plastic and having called for plastic bolts–there’s no unbolting plastic pushed in, as in not going anywhere, bolts. He had to rig some sort of brace. . .

B. Then there was the issue of the bluebird.

Bluebird you ask?
Remember the one sitting on top of the old house in the picture from the other day?
May I just say that my husband now feels really really badly, and I am really really sad.
There was a bit of a tragedy yesterday while he was taking down the old house—of which I’m still too traumatized to speak of—
Just remember the story of how I told you that there are the occasional usurpers who attempt taking ownership of the martin house—

You would think that with 5 bluebird boxes in the yard, a bluebird would never consider usurping a martin house. . .a martin house on a 25 foot wobbly pole perched precariously in the middle of a field?!

I don’t want to talk about it. It was an accident. In his excitement of bringing down the old and putting up the bootleg new, he never saw that they fell out. . .
I’m really sad—as is Mrs Bluebird. And it was mother’s day of all day’s—lets just say there were tears, a little screaming, a lot of feeling really badly, and the proverbial best laid plans—once again, run amuck. . .

So with all of this drama whirling about in and out of my world—may we all take pause this morning, breathing in deeply these immortal words . . . 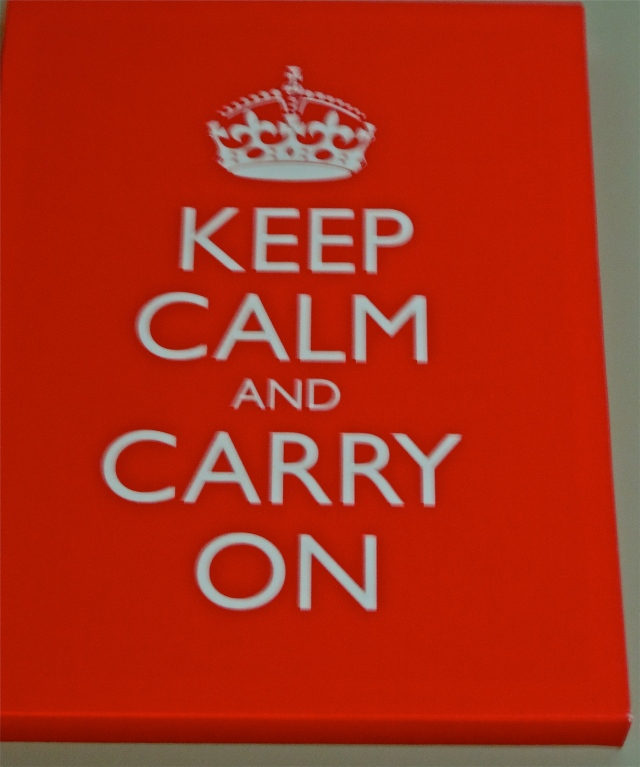