If history were taught in the form of stories,
it would never be forgotten.
Rudyard Kipling

Vows made in storms are forgotten in calm.
Thomas Fuller

“Let us save what remains: not by vaults and locks which fence them from the public eye and use in consigning them to the waste of time, but by such a multiplication of copies, as shall place them beyond the reach of accident.”
― Thomas Jefferson

Dusty and dry
Broken and discarded,
Forgotten and abandoned,

Left to rot a long time back

When was the last day?
The day they simply walked away?
The day it was put aside, forever…?

Was it traded in for something newer, more shiney and sleek?
Perhaps a distraction guised in efficiency?
Maybe everyone had simply grown too old to make repairs.

Or maybe,
it was simply left behind when the last person finally walked away…forever. 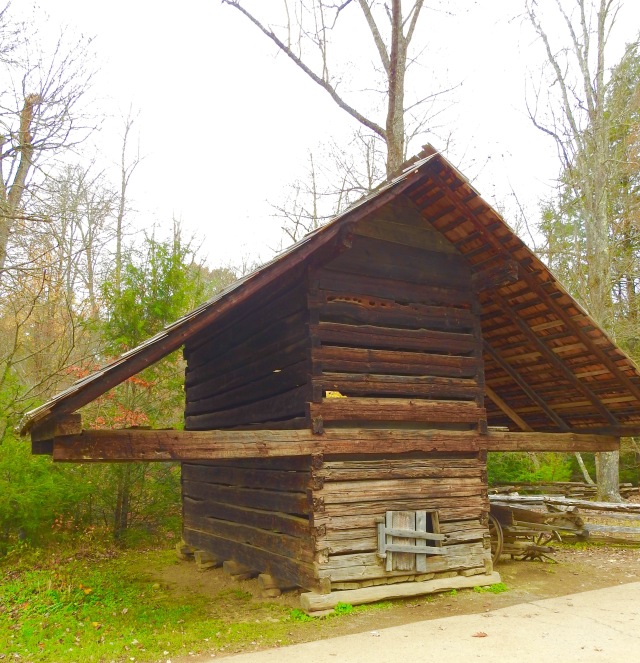 *The Cable house with its surrounding barns, mill and smokehouses are all that remain of the Cable homesite which was once a vibrant part of the community within what was known as Cades Cove’s.
Cades Cove was once a thriving Tennessee Appalachian mountain cove community with upwards of 800 individuals calling the Cove home. The Cove, a farming community, once boasted a post office, general store, boarding house, school and local doctor. Yet Time and the elements had their way with the Cove, by the first World War the population of the Cove was rapidly declining. The State of Tennessee, along with Federal Government, purchased the Cove and surrounding lands in 1927 with the intent of turning it into a National Park.

Much of the work done on the road leading to the cove from cities of both Townsend and Gatlinburg, as well as the work conducted within the Cove itself on the transition from community to park, was completed by the Civilian Conservation Corps as part of President Roosevelt’s New Deal relief program during the Depression.

Today’s Cades Cove, a 6800 acre historic preservation and National Park which encompasses pastures, woodlands, trails, mountains, streams and preserved original homesites dating back to 1822 with the arrival of the first white settlers into the cove, boasts to be the busiest and most frequented of all the National Parks in The United States.

There is an 11 mile paved one way loop meandering through the cove which affords the hiker, bicycler or car rider the opportunity of viewing wildlife in their natural habitat–deer, wild turkeys, coyotes, beer, bobcats as well as an opportunity to visit and view the original homesites, churches and cemeteries of the original founding families.

The Cherokee Indians were the first inhabitants of the land surrounding the Cove but lost all rights to land claim in the Smokey mountains in 1819.

Becky Cable, who first moved to the cove in 1868 with her parents and siblings, later bought the Leason Gregg house (pictured above), with the help of her brother, in 1904. Becky who never married, but was affectionately referred to as “Aunt Becky,” remained in the house until her death in 1940 at age 96. Becky was one of the last members of the community to live in the Cove.

Kermit Caughron, a 5th generation descendant of some of the original Cove founding families, was actually the last community member of the cove to call Cades Cove Home. Mr Caughron was affectianely known as the Bee Man by the throng of annual visiting tourists as he owned a myriad of honeybees boxes, harvesting and selling the honey. Mr Caughorn spent his entire life, 87 years, living in the cove until he was “relocated” in 1999. At which time the cove became home to only the local wildlife and a sea or curious tourists

Places such as Cades Cove are important pieces to intricate patch work to the fabric which makes this country what it is. These preserved sites are but a few remaining tangible pieces to the foundation which makes us who we are as a country.

Some of our original building blocks.

It is extremely important that we never forget the lives lived, the hardships endured, and the paths paved by these early settlers who were brave enough to forge a way of life in an area that was not always welcoming…yet they remained and persevered.
Despite Indian hostilities, devastating snows, ice storms, heat and drought, failed crops, devastating accidents, illness, isolation and death…these are the people who helped define the American spirit.

It is both humbling and enlightening to be afforded the opportunity of stepping back in time, catching a tiny glimpse at a moment in history that helped to bring us to where we are today. Imaging the lives of people long past, who were just like you and I, but who never had the luxuries, “niceties” or opportunities we enjoy today…they worked hard and toiled most of their lives in order to make their lives a success…which was simply a roof over head, livestock that flourished, crops that grew, children who were educated and food on the table. It is imperative that we, as a civilized society, recognize and remember the importance of maintaining and preserving such remaining treasures of our history, our National Parks as well as our National Heritage…

And He gave their land as a heritage, A heritage to Israel His people.
Psalm 135:12

5 comments on “Cades Cove, a whisper from the past”