“Your value does not decrease based on someone’s inability
to see your worth.”
Anonymous 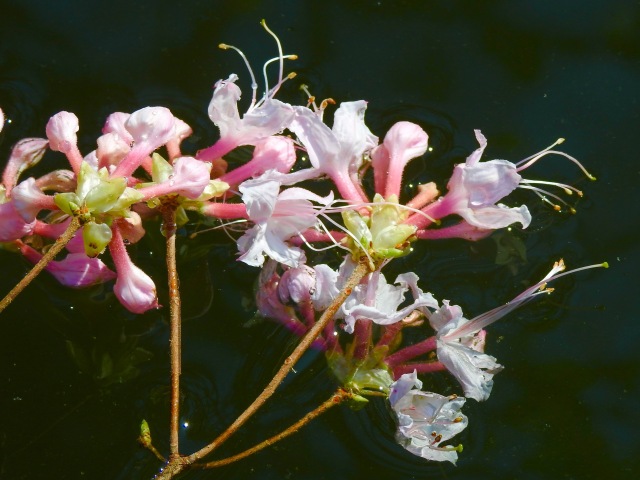 Over the course of the past couple of weeks following Dad’s death,
I am finding my world shifting.
There is so much to do, but it is vastly different from what I had been doing.
From the endless driving to the running of errands, the picking up of meds,
to the seeing of doctors, nurses, hospitals…
to buying groceries, paying bills and lastly, to sitting a sad and difficult vigil.

Now all of that is different.

There are messes that now need sorting.
There are still many bills…as bills don’t die when we die.
This part of the process is hard, laborious and full of uncertainties.
Much like before, there are open ended questions and
just like in that time of before where there was transition,
so too a shift of all that is has become most apparent.

For now it is a matter of picking up the pieces…
the pieces that fell when Dad took his last breath…
And now a good many of those pieces simply leave me less then thrilled
that I must even tend to them.

There will be more on all of this once the dust settles..
and that might be in several months…

But the change has made me think.
The caregivers who had seen me every single day for the past several months see me now
about 2 to 3 times a week if that…as there is a shift in family dynamics…
So there is mourning and frustration in the change…
They continue to look to me to direct the course of the ship…
Despite my now being sole overseer of all that was and all that remains…
I have stepped back with a controlled intent.

There are lessons here…and some are hard…for all involved.
There has been frustration and even resentment…
but I know God’s hand is the actual hand which still guides this ship.
I am learning to be still, silent and serving as I wait.

I don’t understand it all.

Yet I wrestle with sorrow and absence mixed with a dose of bitter anger
all directed toward the man who I just lost…
He’s gotten us in a bit of a pickle with poor and selfish choices..
as I’m seeing just how much he didn’t consider the after effects….
This as I have to put his discarded pieces back together again…
because as I said…in death we, nor any of our messes, readily disappear.

However, this morning as I sat in another day’s nightmare now known
as Atlanta’s traffic disaster, the words echoed by the Baptist flooded my head…
“He must increase as I must decrease….”

As I ponder my role in regards to the caregivers and my stepmother…
all which is decreasing…
Much to the chagrin of those caregivers.
However their roles in our lives will end when April ends.
They will then move on elsewhere to new assignments.

For good or bad there is change.
And there is decrease…
while others and other things must increase….

But as for me, when all is said and done, to remain faithful…
To feel God’s hand steadying my shoulder lest I step out or speak out of turn
in unbridled harsh emotion as…

continued lessons during this holiest of weeks come readily into focus…..

The one who comes from above is above all;
the one who is from the earth belongs to the earth, and speaks as one from the earth.
The one who comes from heaven is above all.
He testifies to what he has seen and heard, but no one accepts his testimony.
Whoever has accepted it has certified that God is truthful.
For the one whom God has sent speaks the words of God,
for God gives the Spirit without limit.
The Father loves the Son and has placed everything in his hands.
Whoever believes in the Son has eternal life,
but whoever rejects the Son will not see life, for God’s wrath remains on them.
John 3:30-36