“Sometimes even to live is an act of courage.”
Lucius Annaeus Seneca 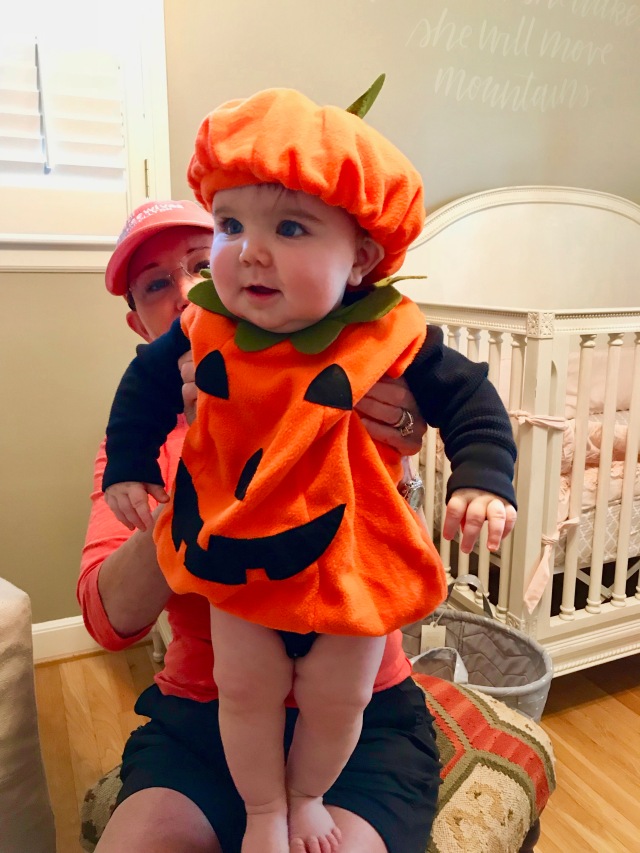 (a subpar Mayor struggles through illness to be the belle at the ball..or is that prettiest
pumpkin in the patch?? / Julie Cook / 2018

Well, Poppie and Moppie came up Monday to take care of a croopie baby…
but croopie turned ugly real fast when we had to race to the Urgent care last night,
Tuesday night, with an escalating fever and the signature seal-like cough…

Turns out the croop is RSV, or Respiratory syncytial virus, which for adults is more
like a viral cold-like illness…
but in an 8-month old infant can suddenly become quite serious very quickly…

The wheezing, cough congestion and gasping for breath lead to a required
but much hated breathing treatment.

This entire situation was not well received by The Mayor who has simply been feeling
like crap…but she was quite the trooper…despite wailing throughout the treatment,
she managed to sit very still.

The treatment was successful in that she did feel some better and actually slept a tad more
then the night prior (all her aides were most grateful)–
The doctors even sent us home with the machine and a prescription for the meds that
go into the machine.

Aides Poppie and Moppie had to administer another treatment in the morning…
of which I think was harder on Poppie as he is the Mayor biggest push over assistant…
with her dad coming in a fast second.

But like all typical politicians, the Mayor rose to the occasion…
she was ready in the nick of time to don her mayorial Halloween garb in order to meet
her neighborhood constituents as she sat on the front porch in Moppie’s lap while mom
handed out candy…opting to be a Pumpkin in order to show her support to the
gourd and squash family. 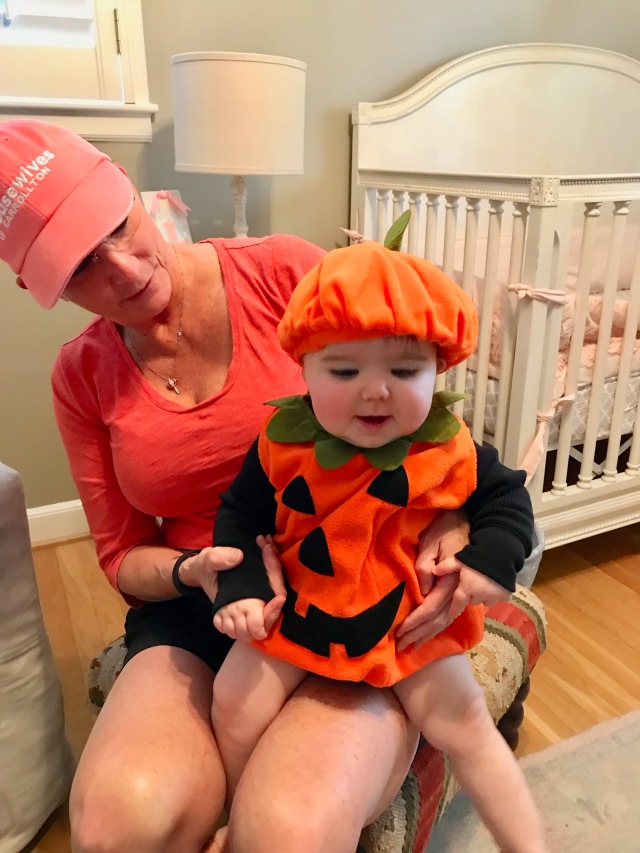 And by the way… we are not nor have we ever attempted to be insensitive to any member
of the pinniped family…nor do we show any sort of incorrectness to those who happen
to bark like seals…
This Mayor works very hard to be steadfast and fair especially to seals, pumpkins
and the younger neighborhood constituents who all showed up in a fine array of attire.

I think Batman was a particular favorite.
But the dad that came dressed in full Native American Indian Cheif regalia
was a bit much…something about all of those feathers…