Individual commitment to a group effort–
that is what makes a team work, a company work, a society work,
a civilization work.”
Vince Lombardi 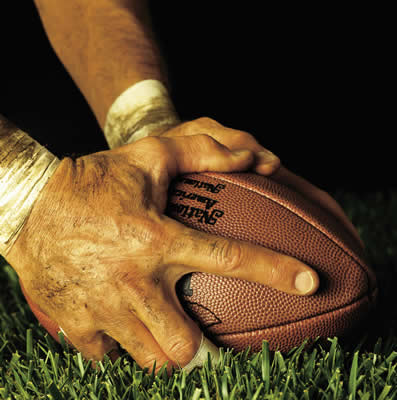 I watch a lot of college football, as most of you already know.

I am known to watch pro-football, but the love is not there like it is for
college ball…
It just happens to be football and I like football.

Maybe this love comes from the fact that my husband played college football.

But maybe, just maybe, this love goes back to my having grown up in a household
where football was about the only thing ever watched every Saturday and Sunday.

Back in the day, when most bowl games were all played on New’s Day
and there were but three major networks showing the handful of games,
my dad would move three televisions into the den in order
to see all the games airing simultaneously.
It was that serious.

But no matter the origin, the love is in my blood.

So last year about this same time, I wrote a post of both lamentation and discontent.

I wrote about my dismay and even anger over football players “opting out” of playing
in their school’s bowl game.
Opting out due to the fear of getting hurt, or some other excuse,
as they declared their intention to leave school for the NFL draft.
Playing in the bowl game might mess up that chance of going pro.

Some players are leaving early, only after a year or two of playing college ball–
forget about getting a degree—the carrot is calling.

At least some are actually graduating seniors…which is what makes sense.
It’s all about a progression—school, work, study, play, degree then a job or the
elusive dream of professional sports.

Just as I wish colleges would quit dangling scholarship carrots to kids as young
as the 7th grade–making promises to a 12-year-old kid if they’ll, in turn, give a
little verbal sort of promise of their own.

However back to what has truly stoked my ire…

Between injuries and those opting not to play, there was something like 13 Georgia
players not participating in the bowl game.
So when the game started New Year’s night, it was as if an entirely new and
different Bulldog team was taking the field…
much like an opening game of a new season.
There were some familiar old faces but there were also many new faces…
No one could really say what the team would be like as it was to be a new rhythm with
many unknowns.

The outcome was a success but that’s not really the issue.
A win is always a good thing but doing the thing that should truly be done is really
the most important thing.

We can’t help an injury roster.
We can’t help the list of ineligible players due to failed courses or poor grades.
We can, however, do something about kids deserting…or so I’d like to think.

The thing is these kids are a part of a team.
Each member being a connecting piece to a whole.
We always hear that it isn’t about the individual but rather about the team as a whole.
Yet we are seeing more and more about those who prefer being an individual when
the carrots start dangling.

I think those opting to leave school after only a year or two of play, say
the sophomore year, for the NFL, is self-indulgent and overzealous.
But to ditch a bowl game because of wanting to keep oneself in prime condition
for the draft is, in a word or two, selfish and self-serving.

Firstly, most often these players were given a scholarship to come play.
Secondly, these players worked day in and day out with a team—a team they often
refer to as “brothers”—where others helped each individual to become that shining star
they hoped to become.

Each individual doing what they do to ensure that the whole can become successful.

And so after all of the investment, the time, the work, the sweat, the pain, the
ticking off of one win after another…the climbing of the mountain to become
bowl eligible, an achievement that once meant something—only to suddenly announce
a “no thank you” is, in my opinion, a sad demonstration of this really being
all about me—as in the individual and not the team.

Forget those “brothers” of yours as you leave them behind when they truly need you.
Forget those coaches who invested their time in making you the best you could be.
Forget the school that helped to pay for your going to school.
Forget all those opportunities given you…
Because you’re leaving all of that behind for nothing more than an elusive carrot.

I fear we might be witnessing a reality where things such as bowl games,
which were once the long-sought-after goal of a season, lessening as they become
just another game while the dangling carrots of a Draft grow more tantalizing.

So yes, our sports and sadly our players are out of hand.
The importance of such is now deeply skewed.
The notion that all of this is just a mere game and it’s simply supposed to be fun
left us long ago.
That was when the carrots started dangling.

10 comments on “the dangling carrots”