When we are no longer able to change a situation –
we are challenged to change ourselves.
Viktor E. Frankl 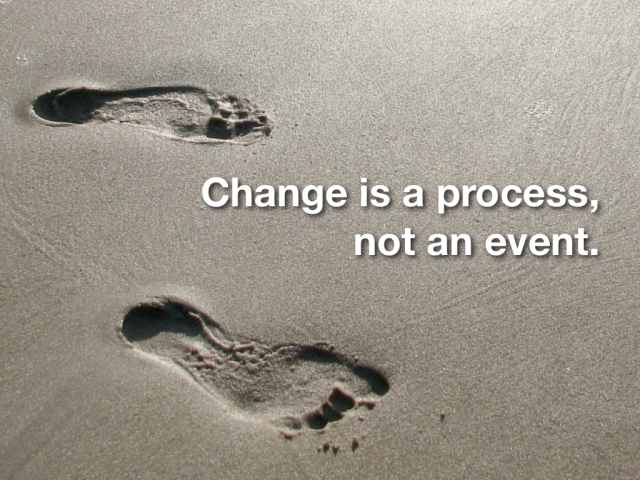 For the last couple of days my posts have centered on, firstly,
the notion of tradition.
That thought then lead to the notion of change.
And not that I believe tradition needs to change…
quite the contrary.

But then the news hit close to home Monday when a friend’s husband, who happens
to be a police officer and was responding to an all-call for officers in the county
to respond to an immediate need to render aid to the Georgia State Patrol who were
actively involved with a high speed chase and shots being fired.

My friend, her husband the officer and their teenage son’s lives
have now changed forever.

The following link is to an Atlanta news station offering a video of one of
the suspects firing at other officers responding to the call following the shooting
of my friend’s husband.

These types of incidents are happening all over our country.
A police officer stops a car for a minor traffic offense and
suddenly the stop escalates into utter violence.

The driver and passengers pull out firearms and decide, rather than deal with
what would have been a routine traffic stop, they opt to shoot and run.

Law enforcement all over our country seem to have bullseyes on their backs.

But again, why is that?

And we, you and I, are the better for it.

While all of this madness was swirling in my head, I happened upon the latest thinking by Newt Gingrich…but what does Newt know…he’s just some old white guy…

Consider these indicators that our civilization is beginning to fall apart.

Several days of looting and rioting in Minnesota have occurred even as a trial of a former policeman is underway proving the rule of law works.

A policeman is killed during a car stop in New Mexico, and our elites ignore the murder. In fact, Mayor Mike Elliott of Brooklyn Center, Minneapolis said in the middle of the rioting: “I don’t believe that officers need to necessarily have weapons, you know, every time they—they’re—they’re making traffic stop or engaged in situations that don’t necessarily call for weapons.”

There is a war on police underway with 264 killed in 2020, a jump of 96 percent over the previous year. In New York City, hostile forces use Molotov cocktails to set police cars on fire. Murder rates are skyrocketing around the country with 2020 the biggest one-year jump in homicides in American history – 36.7 percent.

Faced with aggressive criminal behavior and violence against innocent people – including young children being killed – Democratic Congresswoman Rashida Tlaib calls for “no more policing, incarceration and militarization.” Ironically, Rep. Tlaib represents Detroit. According to the City of Detroit’s 2020 Crime Report, there were 327 homicides in 2020, up from 275 the previous year – a 19 percent increase. There were 1,173 non-fatal shootings in 2020. This is up from 767 the previous year, which is a 53 percent increase.

In Seattle, Portland, and Milwaukee, no-go zones similar to those in France have been created which are effectively localized secessions from the United States.

Portland continues to be attacked nightly by anarchists. Despite pious statements by public officials, no effective action is underway to restore law and order.

In San Francisco, the declaration by the communist district attorney that theft under $900 will not be prosecuted has led to so much shoplifting that Walgreens is closing all 10 of its drugstores in the city.

The threat to American civilization goes far beyond violence in the streets.

Woke CEOs who refuse to condemn genocide and police state tyranny in China are quick to attack Georgia – even though President Joe Biden was just plain wrong (perhaps lying) about the state’s new election law. Moving the All-Star Game from Georgia to Colorado hurts Black small businesses (there are eight times as many employees of Black-owned businesses in Georgia than in Colorado). Furthermore, Colorado’s current voting laws are stricter than Georgia’s new ones. For the woke, it is virtue signaling – not fact – which matters.

The television establishment systematically lied to defeat President Donald Trump in the 2020 election. CNN’s Charlie Chester recently asserted: “I came to CNN to be a part of that. Look what we did, we [CNN] got Trump out. I am 100 percent going to say it, and I 100 percent believe that if it wasn’t for CNN, I don’t know that Trump would have got voted out…I came to CNN because I wanted to be a part of that.”

Of course, The New York Times, The Washington Post, MSNBC, NBC, CBS, and ABC would dispute any CNN claim that it alone defeated Trump. The two papers won Pulitzer Prizes for lying about Trump.

Traditional media hostility and dishonesty are overshadowed by the internet giants, who are increasingly acting like Russian oligarchs. They are trying to erase a leader who was supported by more than 75 million Americans with a ruthlessness worthy of Soviet tyranny and the Chinese Communist Party.

Crony capitalism is becoming bolder as big government and big business reinforce each other at the country’s expense.

Overt racism through race-based reparations, school quotas, and anti-white and anti-male curricula are a return to government-fueled discrimination and segregation.

Finally, when the state of California is considering requiring students to chant every day to an Aztec god who was the center of a human sacrifice cult, there are sound reasons to believe American Civilization is in crisis.

If we are going to remain America, we must oppose the forces trying to destroy us.

The Crisis of American Civilization

16 comments on “when change is needed”