“What you are to do without me I cannot imagine.”
George Bernard Shaw

“The strongest men are the most alone.”
Ibsen 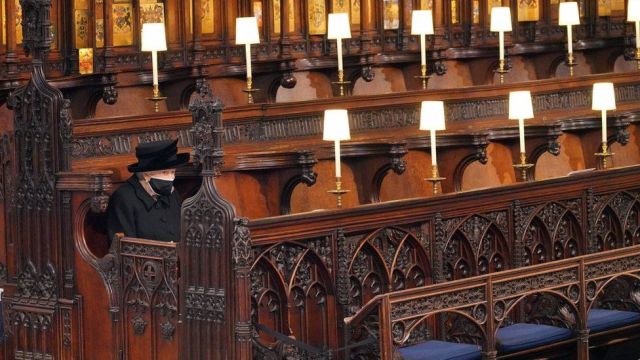 Anyone who might have watched the funeral Saturday for Prince Philip,
or even caught a passing news story regarding his service,
undoubtedly saw the painful image of an elderly woman clad in black, stooped
with age, sitting alone in a cavernous and seemingly empty sanctuary.

Donning a black mask–attempting to breath, shedding tears, mouthing
the ancient words to an ancient faith…muffled and hindered–all adding
to the heaviness of grief.

It matters not that she just happens to be the current sitting Queen
of the United Kingdom of Great Britain and Northern Ireland along with
other realms, as well as head of the Commonwealth and Defender of the Faith…

On Saturday, Elizabeth that elderly woman, was very much alone.

Elizabeth is the only ruling leader, from around this great big world of ours,
who is a part of that Greatest Generation…
She is the only remaining active leader who can personally remember the
time when a world was torn a part and a time when she,
along with the rest of her generation rolled up their sleeves,
doing what it took to fight tyranny and defend Western Civilization’s
democratic freedom.

Awed by such a thought and yet I also was left feeling rather empty.

We are losing members of our Greatest Generation daily…
actually quite rapidly.

“According to US Department of Veterans Affairs statistics, 325,574
of the 16 million Americans who served in World War II are alive in 2020.”
nationalww2museum.org

Those who I have known and loved, those who served either in war or
at home, are now gone…all but my one remaining aunt who will be 96
later this year.

Before they were wed, Prince Philip served active duty in HMRN
(His Majesty’s Royal Navy) and while as a young princess, Elizabeth,
upon turning 18 in 1944, insisted on joining the women’s branch
of the Royal Army–the Auxiliary Territorial Service (ATS)

Despite royal lineage, they each chose the path of service.
It mattered not that their service would be precarious and even dangerous…
doing one’s part for the betterment of the whole was the only thing
that mattered.

And that is what troubles me.

Elizabeth is now alone—as in having lost those who lived that
previous time with her.
Those who knew peril yet persevered none the less.
They were stalwart.
They didn’t complain, they simply pressed on…ever forward.

No limelight, no self seeking attention, no apology tours, no
tell all books, no interviews of self complaints…
no “look, woe is me” placards worn around one’s neck…
there was nothing about self because there was no time to
think about self–there were too many others to worry over.

More or less, it was a stoic approach to a foreboding and
unrelenting storm.

And by the way, you and I, and all the generations behind us,
are the better for their generation.

But the thing that truly saddens me is that the following generations
don’t get it…they have no idea as to the sacrifice or lessons that
are to be gleaned.

I can only imagine the grief this woman feels in her heart.
Her family are all a rather fractured lot and now she has lost her
only remaining stalwart companion–
a man who had been by her side for 73 years.
That companion, that husband, that “stay” is now gone–leaving
a woman lost in her solitude.

Her grief, as witnessed in that picture of a lone figure bidding
her husband good-bye, is palpable…but I also know that Elizabeth
has a strong faith.

She and Billy Graham had a chance encounter decades ago.
A documented encounter that appears to have had a lasting effect
on Elizabeth’s faith.
So whereas Elizabeth is certainly feeling most alone today,
she actually knows that she really is not alone…not ever really.

She knows who her Savior is.

So whereas I am not worried that Elizabeth will succumb
to her grief–because she is a woman of duty and service who knows where
her true Hope lies—rather—I worry for us…
I worry for both you and I.

We are rapidly losing the leadership who understood what it meant to serve.
To put others ahead of self…putting others before their own self-centered
wants or needs.

No talk of self or selfish agendas…
No dalliance in to false ideologies.

Simply the defenders of both freedom and faith. 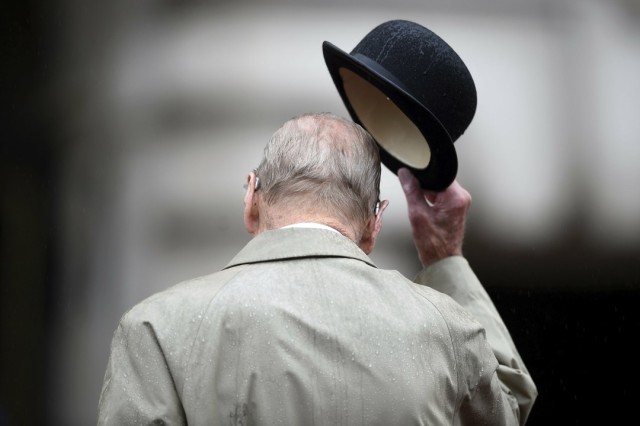 In the presence of God and of Christ Jesus,
who will judge the living and the dead,
and in view of his appearing and his kingdom,
I give you this charge:
Preach the word; be prepared in season and out of season; correct,
rebuke and encourage—-
with great patience and careful instruction.
For the time will come when people will not put up with sound doctrine.
Instead, to suit their own desires,
they will gather around them a great number of teachers to say
what their itching ears want to hear.
They will turn their ears away from the truth and turn aside to myths.
But you, keep your head in all situations, endure hardship,
do the work of an evangelist, discharge all the duties of your ministry.
2 Timothy 4:1-5