(a pigeon rests on a statue placed above the ridge of the Assumption chapel at the corner
of Garancière street and Palatine street, behind the Saint-Sulpice church. / Julie Cook / 2018)

Back in the summer, back when the beach was consuming so many of our minds,
I offered a post featuring some shots I’d taken of some pelicans I’d seen while enjoying
our summer trip to the panhandle of Florida.

Days such as today…days that are damp, windy, overcast and grey quickly push our thoughts
to warmer sunnier days. This as we are just entering into our darker colder days of the year.

I noted in that previous post how much, for reasons unknown, that I love pelicans…
They are my favorite birds oddly enough.

Birds that eat whole fish and hold them in their gullets for later…
my husband calls them nasty birds while I call them resourceful.

My previous post touched on the seemingly odd relationship pelicans have had in Christian lore
and tradition.

I did a little research and offered a bit of teaching from the information that I had gleaned…
The premise was that during times of famine, mother pelicans have been known to pluck their own
breasts until they bled in order to offer their own blood to their hungry babies…
offering life-giving sustenance.

A direct reference to Christ who offers His own blood for our spiritual hunger and
our own salvation.

So recently when visiting Paris, we were staying at a small hotel just outside of
the Luxembourg Gardens.

(just a tiny area of the Luxembourg Gardens with a shot of the Senate building behind/
Julie Cook / Paris, France / 2018)

This boutique hotel sits in the shadow of the second largest church in Paris,
Eglise Saint-Sulpice.

I happen to really love this church as it is not Notre Dame.

It is not consumed by crowds and tourists.

It’s like walking into an ancient, silent and dark crevasse…as well as
stepping back into a far removed time…think pre-Revolution and pre-Bonaparte.
Yet the Revolution did hinder the finishing of the facade.

The original church was constructed in the 13th century but the building we see
today dates to the early 1600’s—finally being completed in the late 18th century.
Yet it suffered, as did so many in Paris, during the Revolution.

There are some famous paintings by Eugene Delacroix… 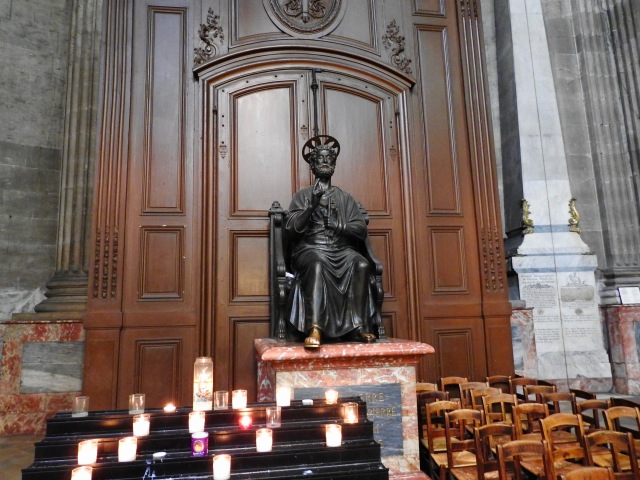 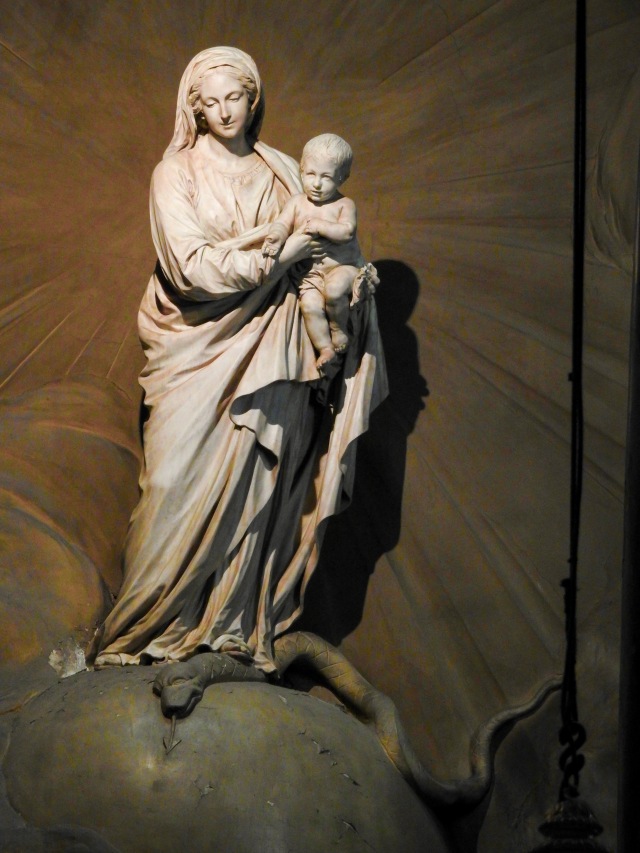 Add of course the massive and impressive organ

They come to sit,
to pray,
to sleep,
to hide,
to rest,
to wander,
to wonder… 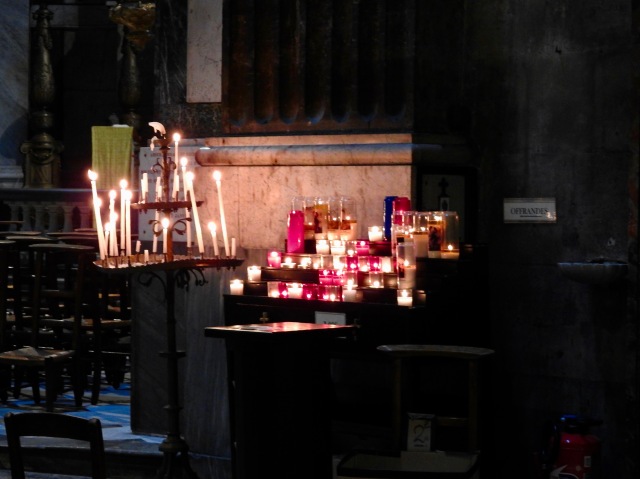 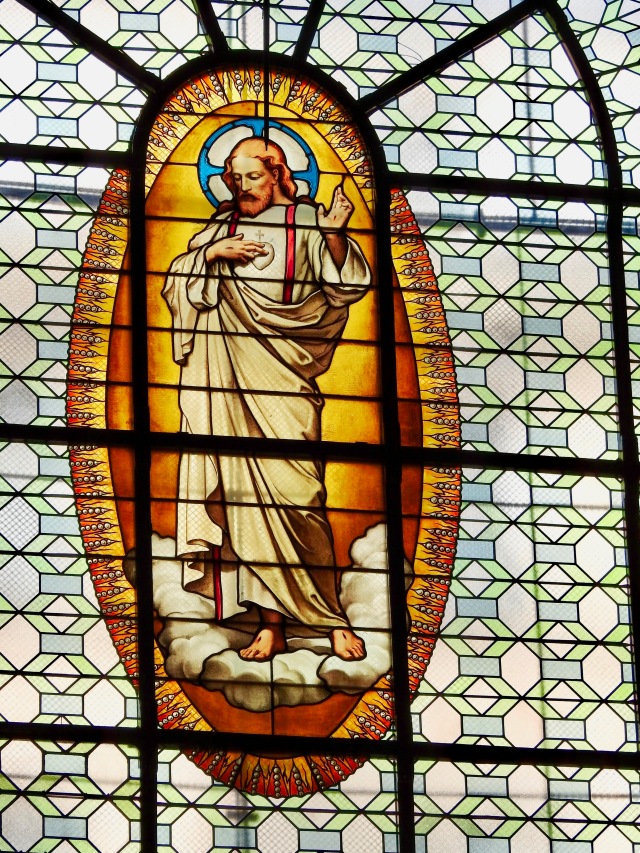 And so it was when I was actually outside on a side street…
walking alongside the perimeter of this massive hulking building that I looked up
and actually saw it…
the mother pelican sitting atop a spire of a side chapel.

The same imagery that came to mind back in July…and here it was again in September.
Found not at the beach and not in some warm tropical locale but rather in the midst
of a massively large city whose people are often too busy to glance upward albeit toward
their rather famous tower…

And yet here it was…as always, a powerful reminder of sacrifice.
Life, death, redemption, and salvation…

Remember to always stop long enough to look up…