There are only two lasting bequests we can hope to give our children. One of these is roots, the other, wings.
Johann Wolfgang von Goethe 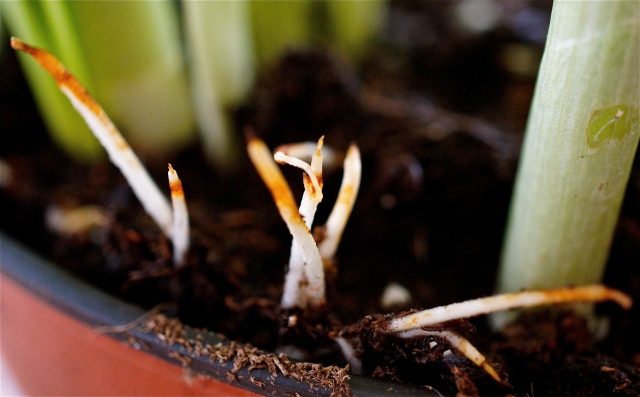 My dad and his family can trace their roots to 13th century Scotland–that being on his dad’s side. His mother’s side documents their early start back to England and that fateful Mayflower couple Pricilla Mullins and John Alden—the wonderful stuff of legends and lore which makes for great stories.

It is however rather forlornly that I often find myself staring at the large copy xeroxed of this giant map-like family tree based on my dad’s family’s journey—always feeling a bit hesitant to claim my tiny branch. Being adopted I often think that there is another tree out there somewhere, in the black hole of my life, missing a tiny limb. . .that being me.

And then there is my mom’s family and their story, all of which is a bit more sketchy. She was of direct Scotch / Irish blood but that’s about all we know. We surmise both families made their way to the United States on the heels of the devastating An Gorta Mór, better known as the Irish potato famine of the mid 1800’s or even further back to the Bliain an Áir, the year of Slaughter which saw an equally devastating demise of the Irish population, due primarily to starvation, in the mid 1700’s.

Mother’s Irish mother, born at the start of new century in 1902, married her Scottish father in 1924. At some point he sadly took to drink and gambling, losing recklessly everything the couple had on that fateful day in 1929 when all the world simply seemed to crash. Eventually locked away to the confines of a TB sanatorium, he died sick, lost and alone in 1941. My grandmother, to my recollection, never spoke of him again. She was left to raise two young girls at the onset of both a global world war and devastating depression.

My grandmother, who forged seemingly emotionless ahead with her two daughters in tow, built both a successful business and comfortable life for her small family. She was never the warm and fuzzy type of grandmother but rather much more matter of fact, frugal and no nonsense. Given her circumstance, it isn’t surprising. Being both weary and cautious became two common threads woven into her fabric.

For whatever reason, she was very leery, or weary, of the Catholic Church as she was convinced that if John F. Kennedy became president, we were all in going to hell in the proverbial hand basket, as God forbid, a Catholic should be president. A bit irrational to say the least and as to where such irrationality originated, I haven’t a clue.

Yet I find it rather ironic, that to this day, there are many a Christian, even in the midst of this modern 21st century of ours, who are indeed equally weary or leery of both the Catholic as well as the Eastern Orthodox Churches. Maybe it is because there are many Christians who are actually unfamiliar with the history, our history, of the one true “Church.” Maybe it’s because many Christians fail to remember that there was once but one single body, unlike the multitude of branches we see today splitting off from the once sturdy main trunk, much like a giant family tree.

A quick google search yields staggering numbers in regard to a concise listing of total Christian denominations. . .upwards of 35,000–give or take a couple of hundred depending on the source.
Rather amazing that in roughly 2000 years, approximately 35,000 branches have sprouted from one main trunk—but given the divisive nature of human beings, perhaps we shouldn’t be so surprised.

When we say in our creed, or declaration of faith, that. . .”We believe in one holy catholic and apostolic church. . .” we are not saying that we believe in the Catholic church in Rome, as so many of the faithful erroneously believe, but rather we are declaring a belief in a global family–a global family tree containing many branches. The word catholic, with a little “c” is a latin word, catholicus, which comes from the Greek adjective καθολικός katholikos, meaning universal. So therefore in our creed we claim to believe in the one holy “universal” and apostolic church, not a church, faith, or denomination based in Rome, Italy.

The Great Schism of 1054 resulted in the one single trunk of Christianity splitting into two branches, each of the same faith–the Latin Church of the West and the Orthodox Church of the East. The splitting hasn’t appeared to slow down all these many years and branches later but to the contrary it seems to be spiraling, splitting and multiplying almost out of control.

Yet it is not my intent today to examine the divisions and differences of opinions within our Christian faith but rather I am merely making an observation about roots and branches as it were, and as to where one may find oneself on a proverbial family tree–be it the tree of one’s genealogy or of one’s spiritual family tree. And since I am adopted, which seems to throw a small monkey wrench into which branch and to which tree I am actually meant to belong, I am sweetly reminded that we are all adopted sons and daughters of Grace–so perhaps that means we are all members of the family tree of Grace and Salvation—which is actually a very welcoming and comforting thought indeed.

So in Christ Jesus you are all children of God through faith
Galatians 3:26