“My mission, to make God loved—will begin after my death.
I will spend my heaven doing good on earth.
I will let fall a shower of roses.”
Saint Thérèse of Lisieux 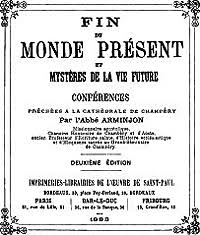 (the cover of an 1881 edition of a book by Fr. Charles Arminjon)

I’ve written in recent weeks about Saint Thérèse of Lisieux–known as the Little Flower.
She possessed a great depth of Spiritual knowledge and vision despite dying at the tender
age of 24. 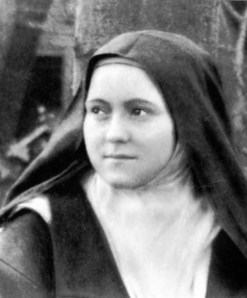 A sickly, quiet, servant of God who, despite her frailty and age, became a giant for
the Christian Faith.
Her devotion to loving and serving Jesus was undeniable.

Knowing that the work of the Holy Spirit is a mystery beyond our comprehension,
I marvel over the factors that are at work…mysteries which direct an obscure young
French girl to devote her life to God…entering a convent,
living a short life of service yet such a life that it influenced the path of another
tiny giant…Mother Teresa

31 years following the death of Saint Thérèse of Lisieux, an equally young Anjezë Gonxhe Bojaxhiu
(Agnes), left home in Albania, at the age of 18, taking herself to an Irish convent…
eventually choosing the Little Flower’s name as her own as she professed her vows as a nun…
a nun who also chose service and charity…
eventually becoming known as Mother Teresa…

A domino effect of Spiritual guidance and grace.

So my curiosity was pricked when I read about an obscure book written in 1881 by an
elderly French priest, Father Charles Arminjon… 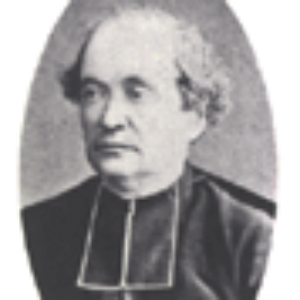 It was a long forgotten book, hiding in obscurity yet was recently sought out,
rediscovered and translated into English.

The following excerpt from the book comes blowing in across the winds of time,
speaking equally as clearly to us today…

“Although Christ chose to leave us ignorant of
the exact time of the end of the world, He deemed
it fitting to give us detailed information on the
matter and circumstances of this great event…”

“…The end of the world, Christ says, will come at
a time when the human race, sunk in the outermost
depths of indifference, will be far from thinking about
punishment and justice. It will be as in the days of Noah,
when men lived without a care, built luxurious houses,
and mocked Noah as he built his ark.
‘Madman!
Dreamer!’
they cried.
Then the flood came and engulfed the whole earth.”

“So,” writes Fr. Arminjon,
“Christ warns us that the final catastrophe will take place when the
world is at its most secure:
civilization will be at its zenith, markets will be overflowing with money,
and government stocks will never have been higher.

“Mankind, wallowing in an unprecedented
material prosperity, will have ceased to hope
for heaven.
Crudely attached to the pleasures
of life, man, like the miser in the gospel, will
say ‘My soul, you possess goods to last for
many years.
Eat, drink and be merry.'”

Fr. Arminjon reminds us that “the present world,
precisely because it was created, necessarily
tends toward its conclusion and end.”

Perhaps we should be as mindful, just as a young Thérèse became mindful
when she first read the words of Fr Arminjon,
that the world will eventually cease and we will either perish
with the world or we will have chosen to be bound up in the Saving Grace of
Jesus Christ.

I call heaven and earth to witness against you today,
that I have set before you life and death, blessing and curse.
Therefore choose life, that you and your offspring may live,
Deuteronomy 30:19