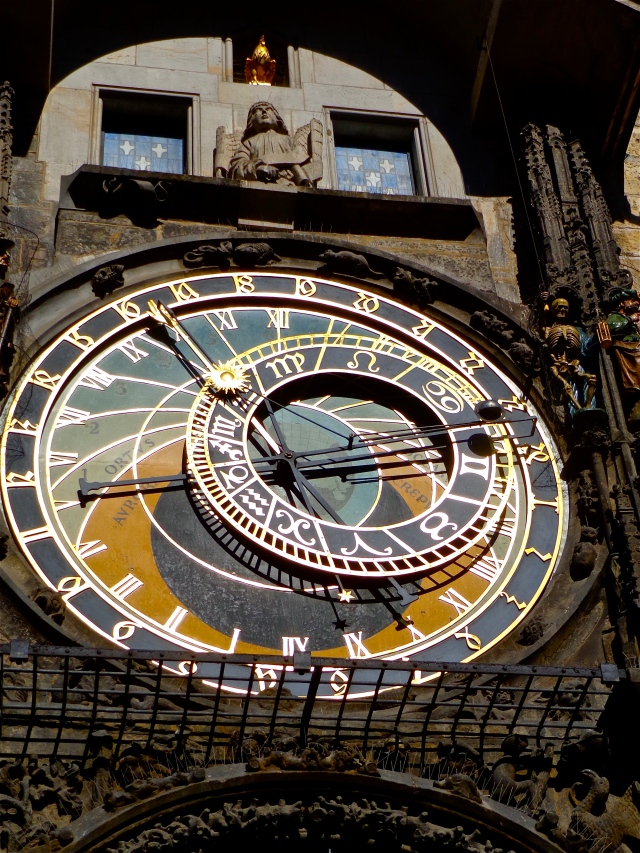 Huh?
Yeah, I thought the same thing.
What in the heck is a leap second??
Maybe it’s some kind of newly discovered leap frog, or maybe it’s something like a nano second or perhaps some new scientific discovery???

I actually caught glimpse of an article yesterday about this leap second business and curious, I investigated.

It seems that in order to keep the world’s atomic clock on track with the spinning of the earth’s rotation, which by the way doesn’t seem to be exactly constant, we’ve got to add time to our world’s biggest and most important time piece—the atomic clock.
The mother of all time keepers.
THE clock that all computers, data bases, cell phones, mantle clocks and wrist watches claim as the go to for exact, precise and on the money, time . . .
And you thought time was simply relevant. . .

The BBC reported yesterday that “the last second in June, 2015 was actually 61 seconds.

It seems that our dear ol planet’s rotation is not exactly consistent–we’re not spinning around with each rotation at the exact same speed. It appears we’re a bit herky jerky or a bit of stop and go as it were.
So in order to keep up with our rotations, or rather the slowing down of the rotations, we’ve got to add time.
And if that isn’t enough to make you dizzy, we’ve been doing it, on and off, since 1972.

“Earth’s rotation is gradually slowing down a bit, so leap seconds are a way to account for that,” NASA’s Daniel MacMillan said in a statement.

“Basically, our clocks are better at keeping time than the Earth is. Coordinated Universal Time, or UTC (which is four hours ahead of Eastern Daylight time) is based on an atomic clock, which calculates the length of a second based on (very predictable) changes in cesium atoms. It takes more than a million years to lose a second on atomic time.”

Not so for our fair planet, which is always getting just the teensiest bit slower. In theory, the Earth takes 86,400 seconds to rotate once. In practice, it’s clocking in at about 86,400.002 seconds. For shame, Earth.”

(here’s the link for the full story:
http://www.washingtonpost.com/news/speaking-of-science/wp/2015/06/29/on-tuesday-the-world-gets-a-leap-second-are-we-all-gonna-die/)

Okay, so now I’m really confused.
If daylight savings time wasn’t enough to push me over the edge, this whole “lets randomly add time to our lives” is surely the kicker.
And if we’ve been adding seconds since 1972, with what I read being an initial 10 second addition, only to be adding seconds on a regular basis, except for some random 7 year dry spell which was reported, then does that mean I’m roughly 40 seconds to a minute or so older, younger, better or worse. . .?

Time has always been a concept none too easy to wrap this ol brain of mine around.
Time zones, falling back, jumping forward, “I’m late, I’m late”. . .
The one thing I do understand is that I have always prided myself on being preferably early verses regrettably late. Punctuality being a quality I’ve been proud of—that is until now. . because now I don’t know if I’ve actually always been early, right on time or now sadly late. . .hummmmm. . .

And whereas it may make no never mind to either you or I about this whole adding of seconds business, it does however speak volumes to our ever growing dependence on computers— as in it is devastating.

It seems that computers operate on the whole 60 seconds makes a minute, makes an hour, makes a day sort of notion and they don’t take too kindly to a scosh of time here and a pinch of time there.
They pretty much prefer the whole exact, precise, black and white business—no leeway, skimping, fudging or tweaking with them—no sireee, it’s exact or it ain’t nothing. . .no in-between for them.

And now as this is all beginning to sound way too time-traveling and creepy Matrixish. . .

There is but one thing and one thing only that I know with all certainty. . . that for God, time has always been His and thankfully never truly my own.

Who has saved us and called us to a holy life –
not because of anything we have done but because of his own purpose and grace.
This grace was given us in Christ Jesus before the beginning of time
2 Timothy 1:9