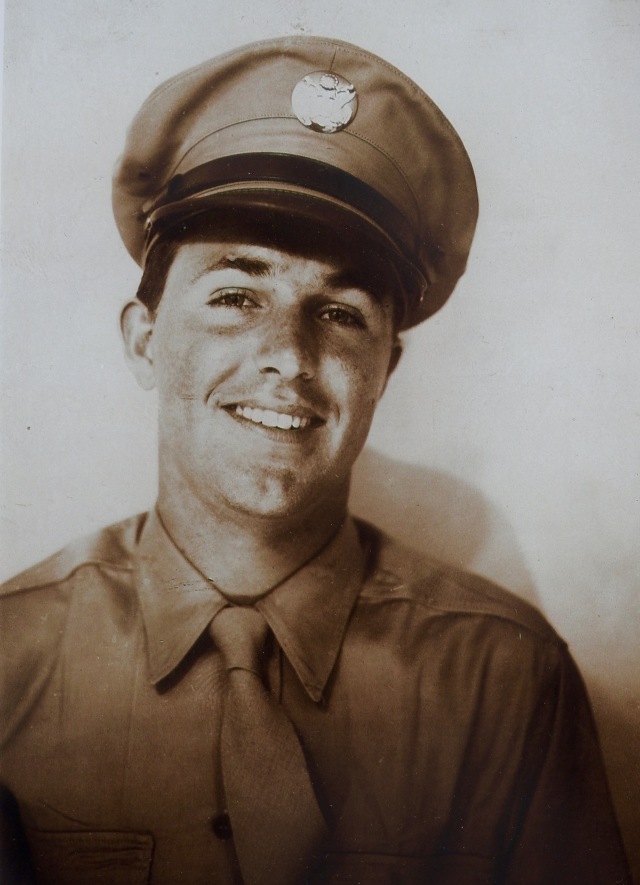 (my father-n-law, 1942–An enlisted man who eventually was charged with the care of B-52s / stationed in England during much of the war)

I don’t know if you have ever attended the funeral service for either a current or perhaps long passed member of our armed forces….

Oh I had seen the countless individual tributes as well as the way too soon and excruciatingly painful farewells endured by families across this great Nation of ours…those funerals and services caught in the headlines or in the papers, or in the news…victims of the countless wars and conflicts which have plagued this land of ours…
or perhaps they were merely the victims of the ambiguous passage of time…

Those solomon yet heart wrenching ceremonies where the smartly dressed and impeccably precise service members slowly and resolutely perform the age old necessary, yet painfully dreaded, task—
the final task afforded all members of the service…

That being the final overseeing and demonstrative act of respect freely given to one of their own.

It matters not whether these current young men and woman of service know the person for whom they have come as acting military representatives.
It matters not if they know the grieving families.
What matters is that they come…

As the two young Airmen waited, at full attention and salute, that already hot Spring Sunday afternoon..
waiting at the freshly dug deep hole, in the heavy red Georgia clay…
waiting with a fixed anticipation for the approaching casket of their comrade…
the silence was palpable, broken only by the muffled sniffles offered by those falling tears.

Slowly and painstakingly borne on the shoulders of grandsons, who are now the same age if not older of this once proud soldier, is a man who was simply known to them as “Papa.”
They knew he fought, but that was all.
His generation was not one to dwell on what had been…
There were not the stories of exploits or adventure..
merely that a job had been done…
that was all.

Many volunteered long before our Nation was involved.
Perhaps they sensed it would not be long…
that the all-call would soon be sounded.
The choice had not been for a career of service..
Life simply had worked out that way.

They went with no expectations…
They had learned from the prior war, the war touted to end all wars,
that glamour was not to be found in the battles of man.
Men had returned home, if they returned at all, broken.

They simply knew that now, at this crossroads of time,
that it was merely a matter of right verses wrong, good verses bad.
They went to make things right.

Today we have lost that sense of right verses wrong, good verses bad…
as we so often find ourselves drowning in the details.
The lines are blurred as the sides are skewed.
The distinctions between the good verses the bad have been lost.
We no longer seem to know our direction nor purpose or of that which is of
right or wrong.

This is not to say that war and fighting are just or right.
No war is just.
Yet it is in the end goal in which justice lies.
Freedom verses tyranny
Democracy verses oppression

They were not perfect individuals.
They were young, energetic yet flawed…
but they were ready and equally willing…
To do what was not particularly wanted or desired,
but rather to do that which was needed and necessary.

This was a time before the knowledge of PTSD or of the aftermath of trauma to the psyche.
These men and woman saw things, smelled things, heard things, did things…
that would haunt them for a lifetime.
Just as those who who have gone on since…have equally suffered,
Yet it was with this generation that those secrets were to remain..
to be held silently close and not to be freely divulged.

It was rarely spoken of once it was all over.
A job had to be done,
it was done,
and now it was over…
that was that….

They came home, often broken within,
but went on with life without looking back.
Lives grew, families grew…
as lessons were lost with time…

The two young Airmen this warm April Sunday afternoon had come to do their job,
their duty.
After the final Amen was breathlessly whispered…
Silently, yet in precise mirrored rhythm,
a flag was removed from a lone casket.

Over and over, tightly folded,
pure white gloves meticulously went about their task.
Creases were reverently straightened as a final salute was offered.
A lone solider turns then kneels with flag held tightly to his chest.

He kneels before my husband, a living mirror of the man now in the casket.
“On behalf of the President of the Untied States…”

It matters not of ones political affiliation.
It matters not whether one voted for said president…
What matters is that a timeless act is playing out…
That others may see and know of the sacrifices made by those who have gone before.

War is now mocked while our soldiers belittled.
Respect is withheld…
As a Nation now turns upon itself.

The number of the grateful who can understand are shrinking
as the number of those who served shrinks ever still.
Selflessly, patriotically, willingly…
they gave, he gave,
they served, he served.

There are those who will now say that patriotism is a lie
There is no justice in defense.
And there are no answers to be found in aggression.

With trembling heart, yet resolute acceptance, a son’s hands receives the flag
so lovingly offered.
Received and accepted on behalf of a man who had not been perfect,
who had not been proud but
who simply did what he thought was right for those of us who
he had no idea would reap the reward of his “gift”
A gift he never considered to be a gift.

His gift, his legacy, his memory will continue on…
through the lives of both his children as well as grandchildren.
Whereas the life of a once breathing and living human being…
that of a soldier, a husband, a father, a grandfather, a businessman, is now silenced…
His gift to all us continues on…

It is to be found not only in the aching hearts of a family
who remains broken, picking up the pieces…
yet rather it remains, as it is found, in a meticulously folded piece of cloth.
A piece of cloth he was so very proud to fly.

Day is done, gone the sun,
From the lake, from the hills, from the sky;
All is well, safely rest, God is nigh.

Fading light, dims the sight,
And a star gems the sky, gleaming bright.
From afar, drawing nigh, falls the night.

Thanks and praise, for our days,
‘Neath the sun, ‘neath the stars, neath the sky;
As we go, this we know, God is nigh.

Sun has set, shadows come,
Time has fled, Scouts must go to their beds
Always true to the promise that they made.

While the light fades from sight,
And the stars gleaming rays softly send,
To thy hands we our souls, Lord, commend.