Being a Christian is more than just an instantaneous conversion-
it is a daily process whereby you grow to be more and more like Christ.
Billy Graham

And finally I twist my heart round again, so that the bad is on the outside and the good is on the inside, and keep on trying to find a way of becoming what I would so like to be, and could be, if there weren’t any other people living in the world.
Anne Frank

“The Christian life is simply a process of having your natural self changed into a Christ self, and that this process goes on very far inside. One’s most private wishes, one’s point of view, are the things that have to be changed.”
C.S. Lewis 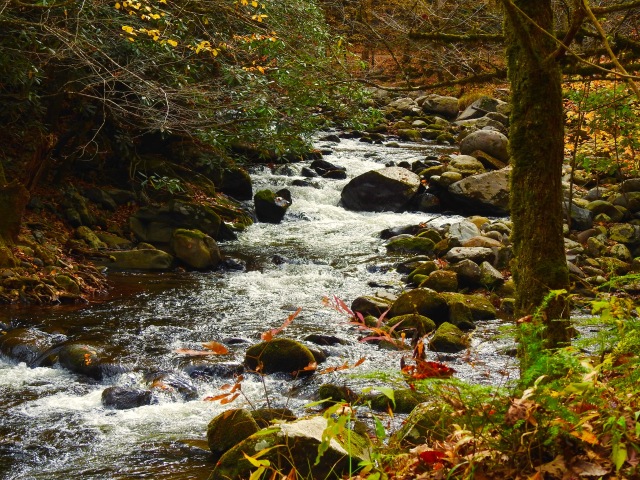 Let’s turn things around a bit this morning shall we?
Let’s take a “backwards by design” sort of approach to today’s thoughtful post.
Instead of us looking at a final or finished product, as in the final ta dah sort of moment, let’s look back, way back, to the actual beginning, or starting point…
So much so that if we do actually back up, starting at the beginning rather than at the end, we might just find it more helpful and more meaningful to our understanding of today’s posed thought.

I think we’d all agree that we are a consumer driven society–meaning that it is the end, the final result, which is really what any of us is truly interested in. We don’t much care how it (whatever it may be for you) got here, we just want to know it’s here. We don’t much care what went into producing or making it, we just care that we have “it”…

I think we’d also agree that all great ideas / products have a beginning…someplace where these ideas, products, concepts have been hatched, birthed, thought out, ruminated over…yet each process having the end result or product as the impetus of focus…whereas the end is always the justification, the means to an end, the end result.
Yet might we not all agree that this desired end of ours has to have had a starting point…as in it just can’t poof itself into existence.

Take something simple that most of us take for granted…a plain sack or bag of flour.
What with all the gluten vs gluten free talk these days, I think most of us are pretty keen to the whole flour or not to flour concept. Or if you prefer something gluten free and “wheatless” this morning, we can use a sack of meal as our example…as in corn meal or grits (that ubiquitous southern staple that our Northern brethren don’t always understand) or as our Italian kin prefer, polenta…

These sacks of ground wheat or corn, certainly upon first glance, appear pretty benign. A standard simple kitchen staple most of us take for granted with the cost being pretty much pennies on the dollar… 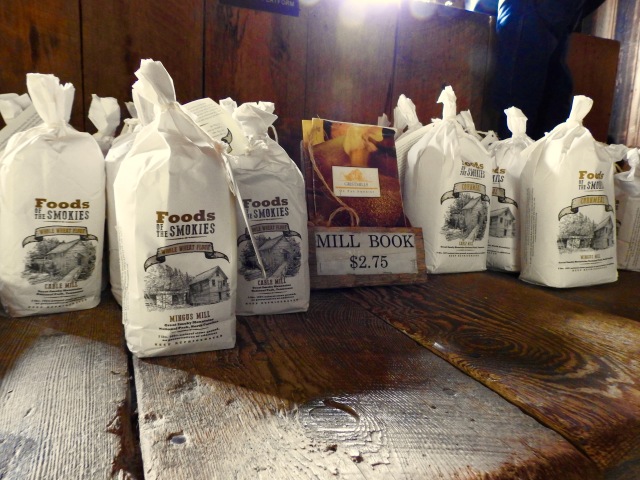 However this innocent little sack of meal didn’t just show up all nicely ground and packaged…it actually starts out as an ear of corn–actually many ears of corn of which undergo a rather complicated process of transformation.

The process of grinding wheat into flour or corn into meal is a centuries old process with a humble hands-on beginning. A process that was as simple as a person pounding a rock on top of some dried corn or wheat berries piled high on another rock. Yet over time this process grew and was stream-lined, producing a more efficient means of grinding while also being able to grind at a higher rate resulting in larger quantities.

It all starts with a source of power or energy…
Our little meal starts with a mountain stream whose flowing rushing waters are channeled or funneled from the stream into a trough, flume or shoot… 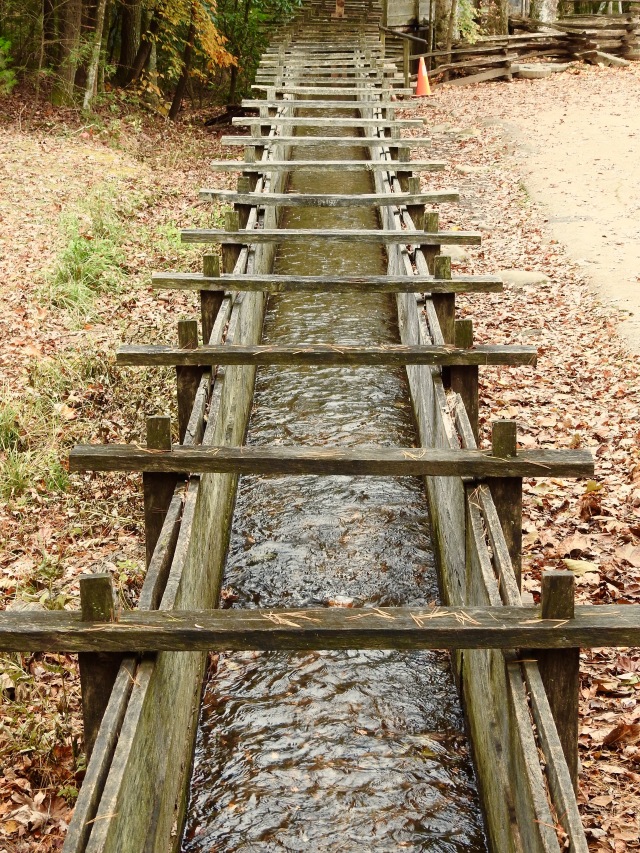 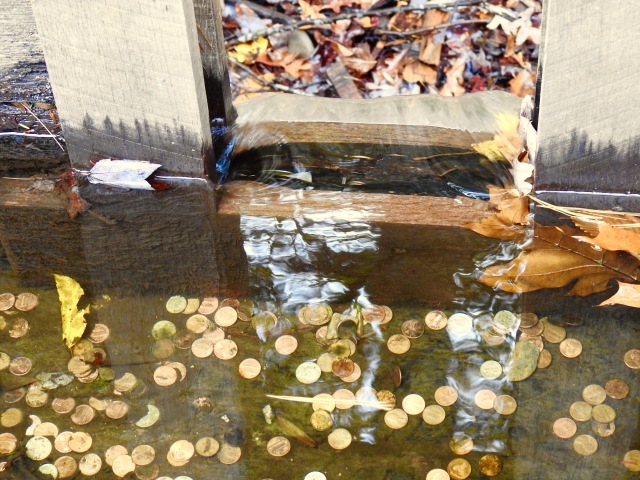 Of which helps to turn a giant wooden wheel… 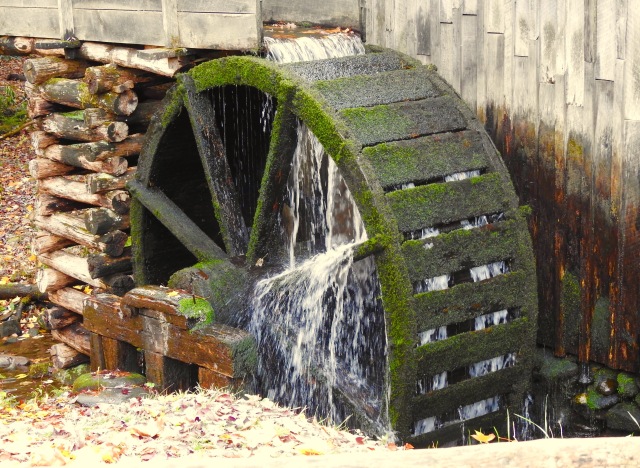 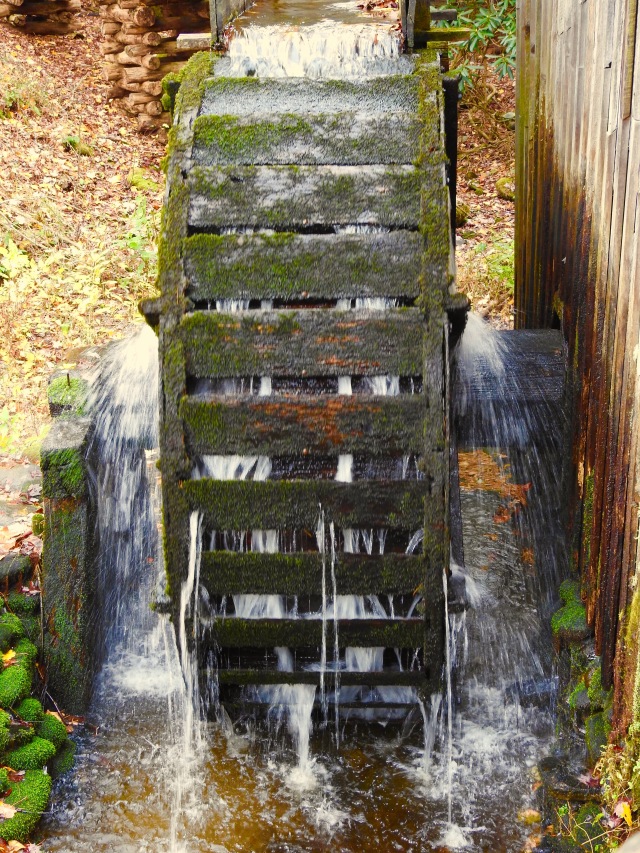 Which in turn turns a few more wheels, or in our case, stone wheels or millstones for grinding the corn which is sifted down to flow between the grinding wheels… 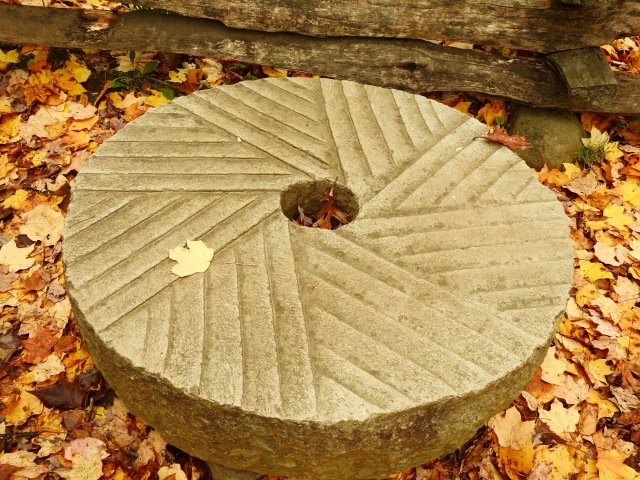 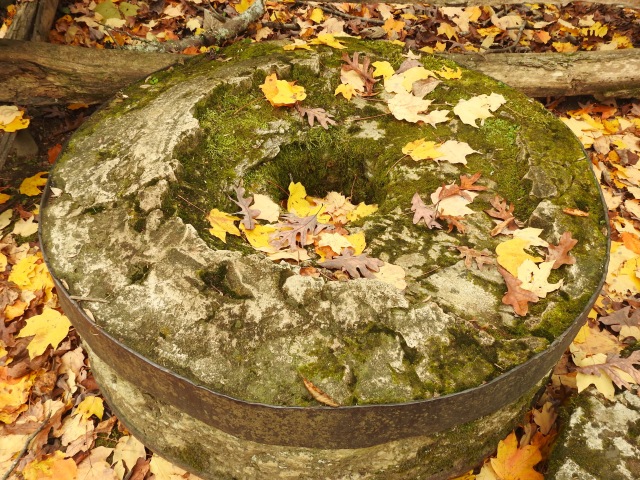 Of which crush the dried corn kernels… 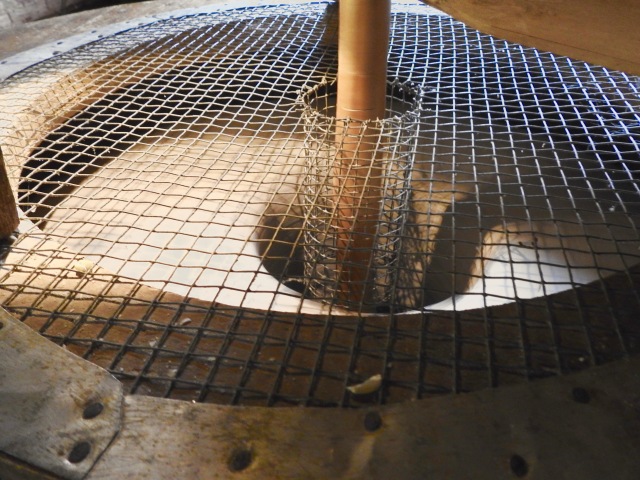 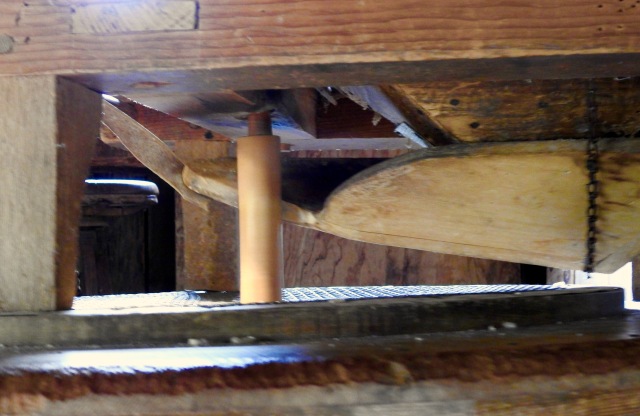 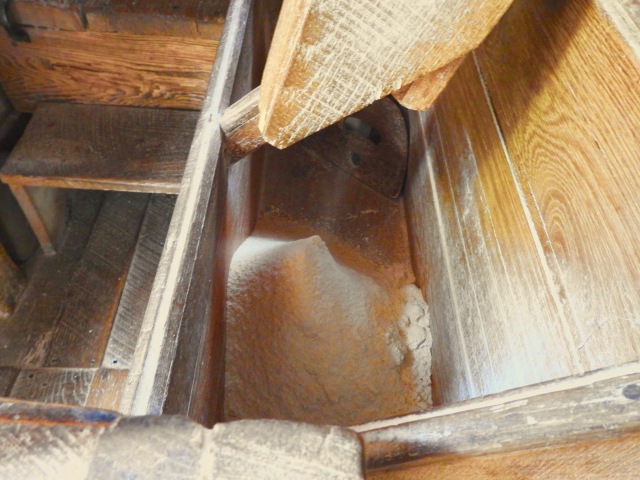 A beautiful step by step process whose end result is a simple and humble sack of meal or flour.

Now let us consider another end product along with its process, albeit a bit more complicated than a sack of meal—-
Let’s consider the Christian…or better yet, the process of becoming a Christian.

I think all would agree that we each start out in this life as a mere clean slated person–be it male or female.
A simple human being.
Complicated things such as ideals and self identifiers show up quite a bit later in the growing process.

Now granted our parents will say that since we were born into a particular house, family, tradition…we are therefore by birthright a certain nationality, ethnicity, cultural or religious state of being. Yet it is usually, once we grow and develop intellectually, that we begin to truly identify ourselves as a particular this, that or the other.

Some of us who are born into “Christian” homes merely assume the moniker and in turn will label ourselves as just that…a Christian–
Yet the end product, the act of being Christian, is anything but a mere label.

It is a process of becoming.

The misconception is that choosing or taking on the name of Christian in turn gives one the final product–that of being a Christian.
But the reality is that just like the corn and wheat,
there is first a raw product—a human being… who in turn undergoes, if only so choosing, a thoughtful, sometimes painful, yet truly beautiful process of “becoming.”

It is a lifelong process, one that is never truly complete in one’s lifetime as it is a process of striving, never a completion…
That is—not until one finally rests in the hand of the Creator.
So this process of becoming a Christian never has that final single end product because, simply, the process is constantly in an on-going state of being.

So where we in the world are concerned with the end or final product of our things and goods, there is One who is more concerned with the total process…the process of starting from the beginning, working all the way to the final end…One who oversees this process of “becoming” personally Himself, each and every step of the long and arduous way…

For we are His workmanship, created in Christ Jesus for good works, which God prepared beforehand so that we would walk in them.
Ephesians 2:10