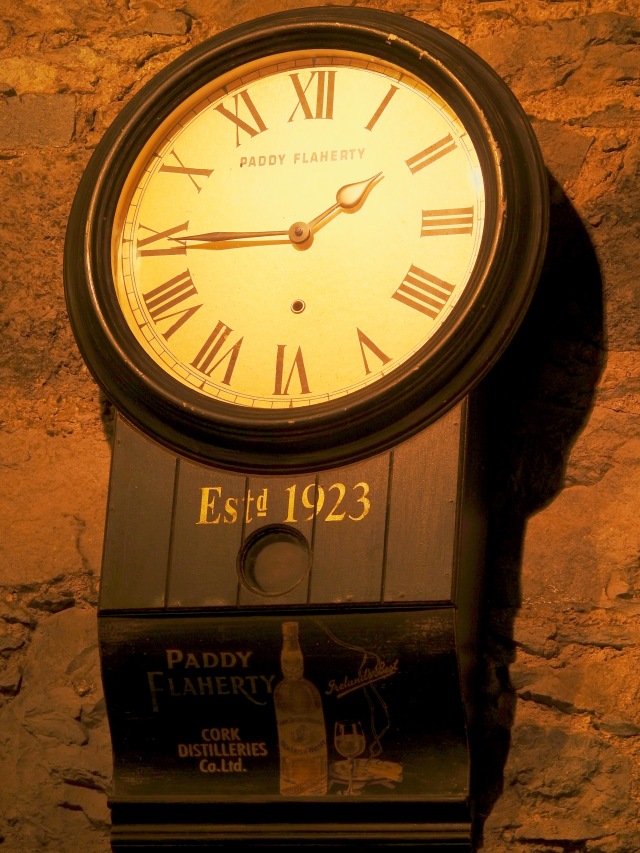 A metaphorical clock created in 1947 by a group of scientists who all had a hand in creating the nuclear bomb.

A clock whose hands, when set at midnight, would signify the almost certain and impending demise of all mankind.

Interesting that those who helped to create “the bomb”… the very thing touted as being the be all to end all wars…in turn create a clock marking the end of mankind….hummmmm

What pray tell, one may ask, could ever be a determining criteria to the fretful moving of the two hands ever closer to or further from the dreaded bewitching midnight hour?

Well the obvious threat would be that of nuclear war or the use of nuclear weapons somewhere across the globe….
think Iran, North Korea, China, Pakistan, Israel, India, Russia, the US, ISIS….you get the picture.

Seeing any or all of the latest headlines ringing round the world and you can get some sort of idea to the scope of “criteria” as to what makes the doomsday hands tick closer to the proverbial pumpkin turning, glass slipper seeking, fairytale stroke of midnight turned reality tale type of harbinger of cataclysmic death and destruction.

Yet I’m not really certain as to why we need a group of world renowned scientists, nobel prize winners and leaders in all things academic amassed together in some sort of board room or labortory telling us we’re almost ready to implode. One look at the news and anybody with any sense can plainly see the alarmingly rapidly increasing impending demise of mankind splattered across every news outlet from Sydney to Katmandu, from Spokane, to Liverpool, from Tibilsi to…..you get the idea.

It all reminds me of those homemade beacons of foreboding doom stuck in the ground along wayward roadsides declaring to one and all… “REPENT! THE END IS NEAR”

And yet, I’ve not noticed a run on the churches…
You know, like when the weathermen start predicting an impending storm and suddenly all of humanity descends upon every grocery store within the bullseye of the storm in order to snatch up every loaf of bread and every gallon of milk as if those two things alone are the only things that can sustain us throughout the duration of hunkering down and battening down the hatches…

One might imagine that when the rallying cry of doom is sounded by those in the know, the average citizen would feel as if he or she may want to get serious with that whole getting right with one’s God concept, as in the time has come….filling the local pews to the brim as everyone jockeys for position while seeking the saving grace before the you know what hits the fan….

Maybe everyone is just so jaded, so gloom and doomed out…so hardened of heart…
as in over it…
as in sick and tired of thinking about the dreaded end…
merely preferring to think that destruction and mayhem are either over rated or merely part of the inevitable and that there’s just not avoiding the inevitable.
I actually think one of the networks has a new show, a black comedy, coming out focusing on the very concept of living life in the wake of “the end”….

At any rate, I found the story as well as the fact that the BBC found it necessary to report that the hands are somewhat stuck…as in they aren’t moving, most interesting. It’s three minutes ’til and that seems to be it for now…no moving backwards or forwards—and depending on one’s outlook, maybe that’s a good thing…at least we’re not moving forward, with maybe a chance to go backwards…

However, given the precarious global situation I don’t think backwards is going to be an option anytime soon.
And whereas man may need reminding every once in a while that he’s sitting on the brink of total annihilation, I am reminded of many a biblical passage which addresses this rather interesting position we’ve gotten ourselves into….

…And yet, I am not running about like Henny Penny proclaiming that the sky is falling…rather I am resting in the peace of the knowledge that no matter what may or may not blow at this supposed midnight hour, my life rests in the blood of the lamb, in the saving Grace of the One True Resurrected Savior of Jesus Christ.
Come what may, I am His and He is mine—
and there is a great deal of contentment found in that one small fact…

Though the mountains be shaken
and the hills be removed,
yet my unfailing love for you will not be shaken
nor my covenant of peace be removed,”
says the Lord, who has compassion on you.
Isaiah 54:10