Love keeps the cold out better than a cloak.
Henry Wadsworth Longfellow

As the mercury in the old glass thermometer begins to make its steady descent, falling lower and lower in the tiny glass stem, reaching that crucial 32º F, magic begins to unfold in the ancient crumbling birdbath.
Liquid collides with frigid air as molecules slow.
Interlocking and spreading outward from itself as frenetic now becomes static. A surface oddly appears where moments before there was none.
Dripping, sloshing and evaporating, everyday miraculous occurrences taken for granted, are now trapped and caught in a single moment of time being transformed from the familiar to the foreign, as a season shifts and a cold stalk reality settles in making itself at home.

And as we are told that “to every thing there is a season, and a time to every purpose under the heaven” we must remember, know and claim that even in the simplest act of water changing from a liquid to a solid, from the overflow of rain water in an old birdbath to a thick sheet of ice, this act of the miraculous, does not pass or escape the knowledge of the Master Creator.
Something as commonplace as water freezing during the coming of the winter months, all takes place with the knowledge and observation of a Heavenly Father who has set the planets and the seasons in motion, who has cast light into the darkness, and who continues to offer hope in a world full of hopelessness.

Even in the insignificant discarded birdbath, God’s mastery is on display for any and all to take note. His fingerprints are present in the warmth of the sun as well as in the devoid nature of ice.
Who is this who has set forth the scientific laws of motion, gravity, combustion, transformation, energy. . .man may be able to replicate and create change, for good or bad, but he can only take from what he has been given—and much has been given.

Rejoice then shall we, in the light of day, the twinkling stars by night, the warmth of the sun, the blooming of the flowers, the abundance of the field and even in the barren, harsh frozen nothingness of the silence known as Winter. For there is no place on this planet where God is not—that we may learn to rejoice even as the earth transforms from the welcoming and enveloping seasons of warmth and abundant color to a time of lonely cold and unforgiving ice.
. . . As this amazing lesson and reminder now unfolds and is on full display in a lone and forgotten birdbath. 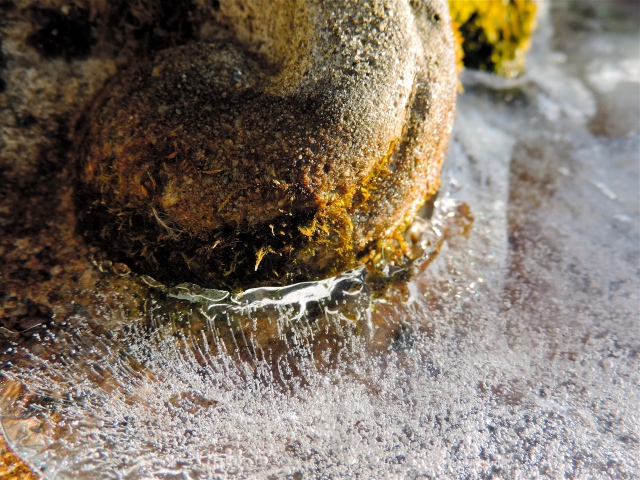 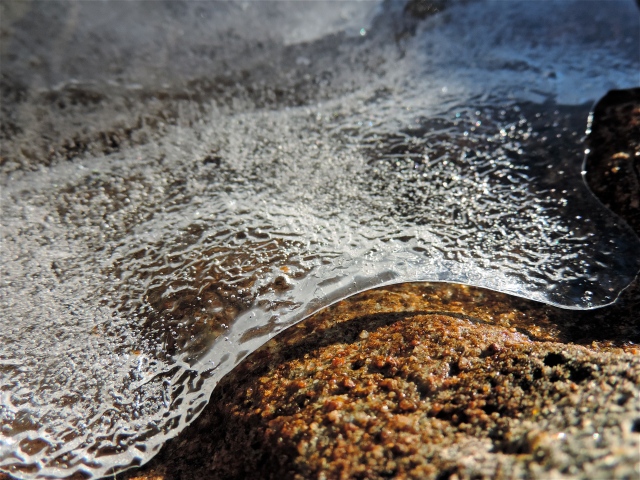