“She wanted to kiss the hurt away, but knew from her own life
that it would always be there.
The sadness would remain, but it would exist next to new, buoyant memories.
He had come through his own fiery trial as she had hers, not unscathed,
but forged into something altogether different and stronger.”
Sharon Kay, Wicked Wind

Winter storm Elliott has certainly made his, her, its presence known from west to east
and south to north…

Raging winds, dangerous ice, blizzard snows, deadly windchill
only to be followed by power outages, ruptured pipes, dead batteries and delayed travel…
right on cue for both Christmas and Hanukkah…
Misery likes company, or so they say,
so I suspect we’re all in pretty good company right about now.

The troubles in my little neck of the woods is the hurricane force like winds and
the negative windchills. Nothing like frostbite taking place within 10 minutes on
exposed skin out in this mess.

Perched on the northwestern side of this mountain I now call home,
it seems to make for some mighty wicked winds during normal conditions…
throw in a winter cyclone and well, it’s
nothing like anything I’ve ever exactly experienced before.

However as the good girl scout I was taught to be, I have prepared.

There is a generator up and running.
I put down rugged traction metal treads on the outdoor stairs.
I bought a chainsaw, axe and tow rope.
I have two 4 x 6 metal stacks full of seasoned firewood wrapped tightly
to keep it all dry.
I have either removed and brought inside or bungee-corded and strapped down
all outdoor items that might choose to become projectiles in such winds.

I have a new car battery and new tires.

I have the pantry, fridge and freezers all filled.

I am thankful that I was able to prepare and thankful
now to have a safe warm place in which to shelter.

And so now I hunker down.

Yet I can’t help but notice that in all of this life and death storm business—
the sky is currently a bright Carolina blue and the
sun shines brightly high in the sky.
Clouds blanket the nearby mountain range but at least my little
corner remains clear.

And I must say that there is a deep sense of satisfaction in knowing
that one can weather a storm…be that an actual storm or simply one of life’s
many storms.

Most often that satisfaction comes only after the storm has
subsided and passed…not during the height of the tumult.

And it is in all of the hindsight following such a storm,
a storm that life seems to constantly bring our way, that we
actually discover that our mettle has been tested…
We know all too well that the fire we have passed through was most certainly hot…
and whereas we were not necessarily left fully or wholly intact, let alone left
unscathed, we realize however that we have been forged into
something altogether different and blessedly…we have been forged into
something altogether so much stronger than ever before.

So here’s to weathering our storms… 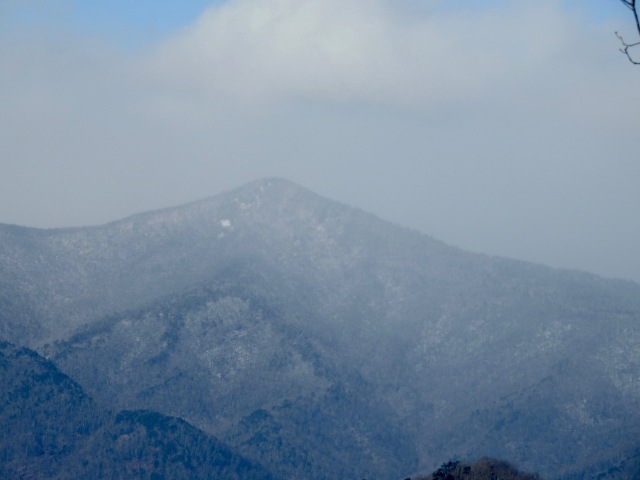 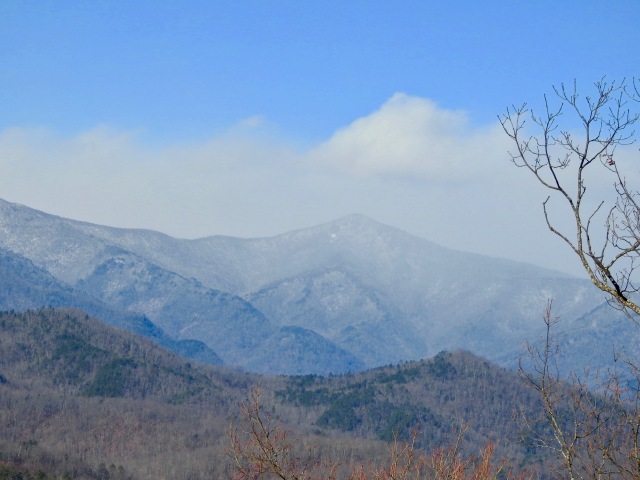 I always think of my sins when I weed.
They grow apace in the same way and are harder still to get rid of.
Helena Rutherfurd Ely, A Woman’s Hardy Garden, 1903

You should probably know that the state of Georgia can actually experience all
four seasons within a week’s time.
Sometimes that might simply be during the course of a weekend.

Our winters have become a cycle of one day of dreary wet, grey cold followed by
a day of bright warming sun…
this pattern persists for much of December, January, and February…
with a possible blizzard come March.

With that being said, peering out the window on those dreary wet chilly days,
I’ve sorely noticed how the wild onions have been taking over my flower beds.
Mild temperate wet is a perfectly fertile condition for weeds like wild onions.
One of the many banes of my existence.

Yesterday was dreary chilly grey.
Today was temperate sun.
Tomorrow is to be wet chilly grey.

Sooooo, I thought I’d take advantage of today’s temperate sunshine, while I had a
few glorious hours without any clamoring demands…all but for those demanding weeds.

I grabbed a pail and trowel while donning my gloves as I set out about digging up those
annoying wild onions along with any other emerging pest.

As my back began to ache, forcing me to wobble through the flower beds “walking”
on my knees, that is until I hit a rock, I mused whether or not I should simply learn
to accept and maybe even relish the weeds.

Should I forego the flowers, the plants, the bushes and let the weeds simply run amuck?

Suddenly the thought of God allowing weeds, aka sins, to run amuck hit me like
a ton of bricks.

Plucking, digging and pulling is arduous…it is painstaking…especially the older I get.
But I do it because I know just how great the flower beds can look in their full
glory come Spring.

Yet does not God do that very same thing?
Plucking, pulling, digging, deadheading…
And why does He do it?
Because He knows how beautiful we will be in our sin-free reborn selves…

Therefore, just as sin came into the world through one man, and death through sin,
and so death spread to all men because all sinned—
Romans 5:12