“History, like love, is so apt to surround her heroes with an atmosphere
of imaginary brightness.”
James Fenimore Cooper, The Last of the Mohicans 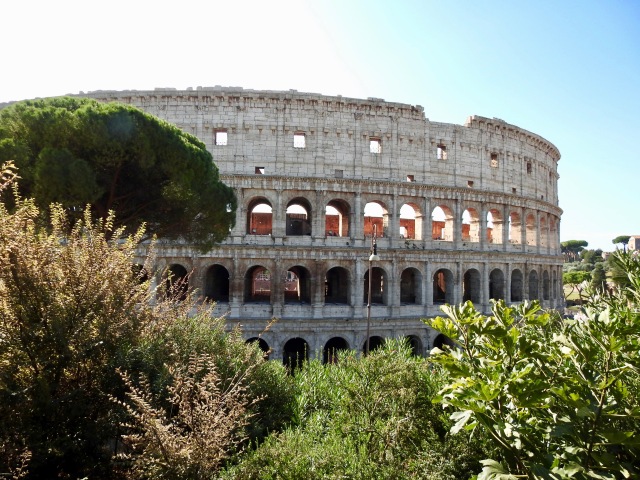 Having always had a keen interest in history, as well as having to delve deeply into
European Art History throughout college, it only seemed natural that I should then spend
a lifetime of teaching such…
Of which I did.

And so it should then come as no surprise that I am all too familiar with the old adage
that history will always repeat itself.

Words that always haunt me whenever I visit Rome.

Yet if the truth be told, those words could apply to anyone who visits anywhere
throughout most, if not all, of Europe—
all the way from Northern Africa as well as westward into Asia…
Be it from the highlands of Scotland to the arid desert of Egypt,
Rome’s influence remains visible to this day.

Engineering marvels such as massive marble and granite aqueducts can still be
seen crisscrossing an extensive continent…
having once readily delivered fresh and free-flowing water all the way from the Alps
down to the heel of Itlay…it gives pause to our own current day Army Corps of Engineers.

Hadrian’s wall which “ran from the banks of the River Tyne near the North Sea to the
Solway Firth on the Irish Sea was the northern limit of the Roman Empire…”
remains visible to this day…as in the original “Border Wall.”

The borders of the Roman Empire, which fluctuated throughout the empire’s history,
were a combination of natural frontiers (most notably the Rhine and Danube rivers) and man-made fortifications which separated the lands of the empire from the countries beyond.
(Map and excerpt courtesy Wikipedia)

However, most of what we see today as mere tourists or passerbys are mere shadows
of various ruins and rubble of what was once a massively impressive Empire.
Yet Rome’s influence remains…it remains even within our own republic
as it is based on similar practices and principles.

It truly boggles the modern mind when looking at such a classic yet trendy city as the
likes of Rome…
A city rife with darting Vespas, begging gypsies, high-end fashion houses…all the while as
black suited priests and colorful nuns scurry about mingling with some of the best-dressed
businessmen and women in the world.

A city whose past is clearly visible to the naked eye as her ruins run far and wide.
No new building project goes without ancient discoveries just below the current surface…
for Rome is a multi-layered treasure trove of humankind. 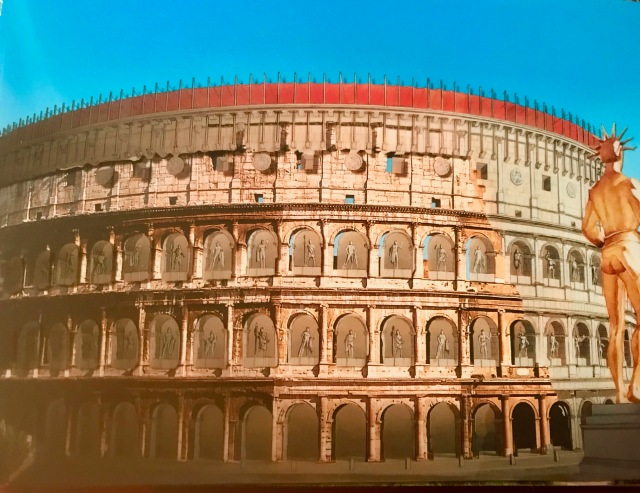 A sports arena that could be filled with water allowing for the reenactment of
famous naval battles or outfitted with a sandy field for blood sports that would
make way for wild animals ripping apart the current enemies of the state…
most often Christians who would be wrapped in canvases soaked in blood and
meat by-products as wild animals, that had been unfed for upwards of a week
or more, would then be loosed upon the hopeless in order to devour the helplessly
bound human victims…
a macabre spectacle played out before the deafening crescendo of bloodthirsty
cheering crowds.

The Collesium could hold 50,000 “sports fans.”
And much like the new Atlanta Mercedes Benz Arena that has a giant sculpted bronze
falcon which harkens to the city’s football team,
Rome’s Collesium once had a 100-foot tall bronze statue of Nero
depicted as a sun god.

So it seems not much has changed with sports fans in 2000 some odd years.
Big, bold, violent with lots of sensory overload.

It was said that the caesars and emperors knew the best way to keep the people happy
while avoiding rebellion…
that was to provide cheap food and free entertainment.

And so when I think of such great empires as that of Rome and her Roman Empire…
it is difficult for me to wrap my head around the realization that such a massive,
feared and impressive society…
one that was far beyond its time in engineering and force could
simply crumble into the annals of time…left now as mere tourist attractions and
archeological mysteries.

Thus would it not behoove us to recall the verse from Matthew about what happens to a
house divided…
for history teaches us that the Roman Empire was indeed divided…
crumpling in upon herself…
just as it seems that we Americans are also equally and bitterly divided amongst
ourselves today.
I wonder what our fate will be if we continue on this current path of self-destruction?