“One man with an idea in his head is in danger of being considered a madman:
two men with the same idea in common may be foolish, but can hardly be mad;
ten men sharing an idea begin to act,
a hundred draw attention as fanatics,
a thousand and society begins to tremble,
a hundred thousand and there is war abroad,
and the cause has victories tangible and real;
and why only a hundred thousand?
Why not a hundred million and peace upon the earth?
You and I who agree together,
it is we who have to answer that question.”
William Morris 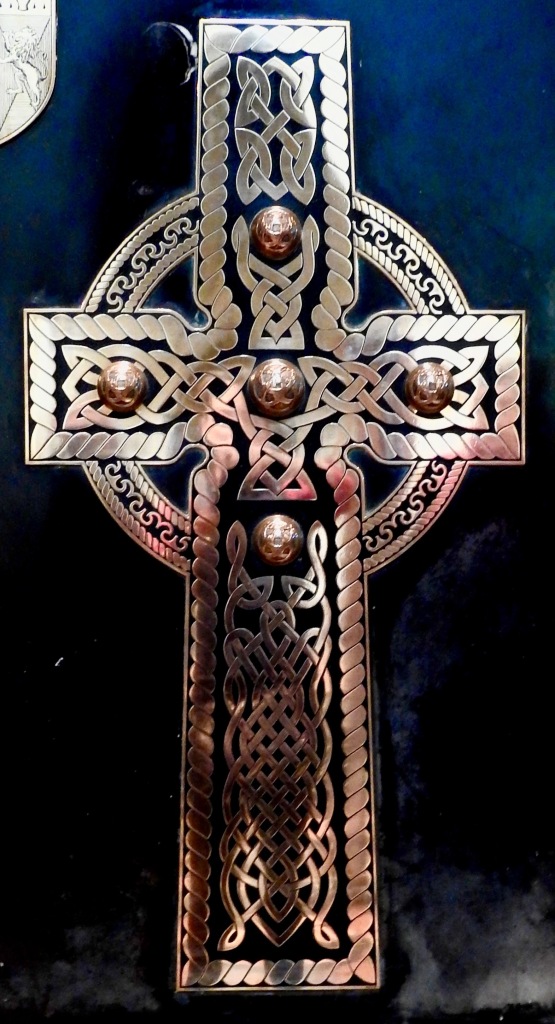 Yesterday my good friend Color Storm, over on the Lion’s Den (https://thenakedtruth2.wordpress.com),
offered a beautiful reflection to the last line of my day’s post…
“onward and upward”…
His was a comment in response to the topic of loss and to my choice of carrying on and turning upward.

I’ve always opted for the act of carrying on and the upward momentum in life…
with the alternative of stopping, stooping, becoming stagnant and eventually spiraling downward, not an acceptable nor pleasant option.

I try avoiding downward spirals at all costs.

Sursum corda, is the opening to the Eucharistic prayer in many churches…it was, and is still, very much a part of the Rite of the Holy Eucharist in both the Episcopal and Anglican churches…as I suspect, it is still in use in other liturgical based worship services as well.

The Sursum Corda, is Latin for: “Lift up your hearts” or literally, “Hearts lifted”

The service follows as such with the celebrant / priest addressing the congregation:

The Lord be with you.
People: And with thy spirit.
Celebrant: Lift up your hearts.
People: We lift them up unto the Lord.
Celebrant: Let us give thanks unto our Lord God.
People: It is meet and right so to do.

(Then, facing the Holy Table (altar), the Celebrant proceeds)

It is very meet, right, and our bounden duty, that we should
at all times, and in all places, give thanks unto thee, O Lord,
holy Father, almighty, everlasting God.

(Here a Proper Preface is sung or said on all Sundays, and on other
occasions as appointed.)

Therefore with Angels and Archangels, and with all the
company of heaven, we laud and magnify thy glorious
Name; evermore praising thee, and saying,

Holy, holy, holy, Lord God of Hosts:
Heaven and earth are full of thy Glory.
Glory be to thee, O Lord Most High.

(Here may be added)

Blessed is he that cometh in the name of the Lord.
Hosanna in the highest.
(as taken from the Book of Common Prayer)

I watched each Sunday as my godfather, the Dean of the Episcopal Cathedral I attended growing up, would turn to those faithful gathered and raising his arms with a sweeping upward motion, began the ancient and holy ritual that had been said and done for over a millennium prior…

A literal and figurative lifting of voice, heart, soul, body and being….

For there within the heart of celebration of the Holy Eucharist, also known simply as the Communion Service, lies a most holy, sacred and mystical meeting.

That of the tangible joined with the intangible.

That which can be seen and touched colliding into that which cannot be seen nor touched…yet…
which is as present as a beating heart.

Odd how the mere mention of a long forgotten word or phrase can evoke a powerful recollection.

The recollection becomes but a reminder…
A reminder which becomes a window opening to the transcendence of both space and time.

There has been much debate throughout Christendom, ever since Jesus first conducted his own last supper, over the offered body and blood, which was done with the breaking of bread and the passing of a cup of wine.

Is the bread, the wafer, the host and is the wine, the blood, the offering the true mystical body and blood of Christ…
or
are they mere representations?

Transubstantiation—the actual changing of bread and wine into that of Christ’s actual body and blood.

How can that be ask both the believing as well as non believing…?
How does earthly tangible bread and wine turn into heavenly intangible body and blood?

“Take, eat, this is my body…
Drink, this is my blood of the new covenant,
which is poured out for many for the forgiveness of sins.”

“For in the night in which he was betrayed, he took bread;
and when he had given thanks, he brake it, and gave it to his
disciples, saying,
“Take, eat, this is my Body, which is given for you.
Do this in remembrance of me.”

Likewise, after supper, he took the cup; and when he had
given thanks, he gave it to them, saying,
“Drink ye all of this;for this is my Blood of the New Testament,
which is shed for you, and for many,
for the remission of sins.
Do this, as oft as ye shall drink it, in remembrance of me.”
(taken from the Book of Common Prayer, Holy Eucharist)

To take,
to consume,
to allow that which is of Him to become a part of us…

Our faith is rooted in the mystical mystery of…
Heaven and earth,
Creator and created,
Sinless and sinful…

For our God transcends mortal comprehension

In an age when seeing is believing,
more is better than less,
everything and anything goes…
When everyone worships at the altar of self,
reality is worse than fiction
and humankind embraces death over life…

Lifting hands and hearts upward, away from the gravity laden death grip of an earthly life,
lifting and reaching from the tangible upward to the intangible…
yearning for our release from here below,
we are mystically transformed, as is the bread and wine…and are never to be the same….

Pour forth, we beseech you, O Lord,
your grace into our hearts,
that we, to whom the incarnation of Christ your Son
was made known by the message of an angel,
may by his passion and cross
be brought to the glory of his resurrection.
Through the same Christ Our Lord.
Amen.
taken from the Angelus