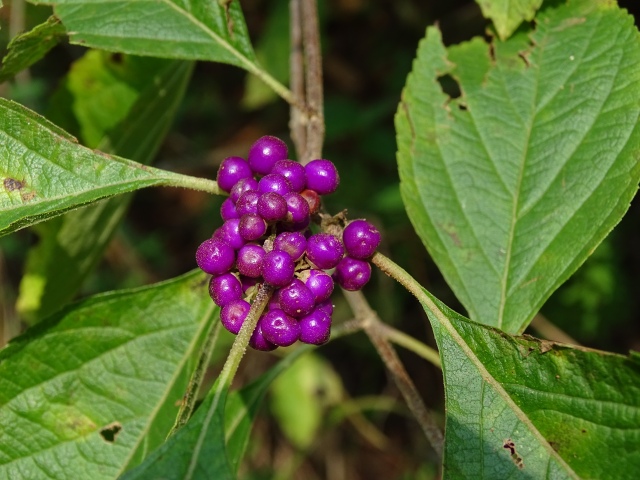 Crown Him with many crowns. . .a much beloved and joyful hymn sung in any number of Catholic, Anglican and Protestant churches. How many of us, who have sung this hymn during any given Sunday service, have known that this hymn is as much about Biblical scripture as it is about Christian unity?

Catholics and Protestants have long suffered through a strained relationship of both love and hate–a tenuous relationship that has existed ever since Martin Luther set loose a reformation with all that nailing to a door business.
It’s been a tug of war between acceptance and rejection ever since 1517.

There has been blood shed, heads chopped off, houses of worship destroyed, statues crushed, books burned, the faithful tortured, confessions coerced, beliefs recanted, prayers cursed. . .
all in the name of the proper observance for the Christian faith.

During one such tumultuous time period in this long suffering relationship, a hymn was composed by two vastly different men—Matthew Bridges a Catholic convert and Godfrey Thring an Anglican clergyman. The composition however was not originally intended as a joint effort in unity but rather, in actuality, was a conglomeration of equal time for each opposing team.

In the 1800s there was great tension between the Catholic and Anglican churches. Crown Him with Many Crowns is a wonderful example of how God takes the troubles of man and turns them around for good (Romans 8:28).The song was originally penned in 1851 by Matthew Bridges (1800-1894), who once wrote a book condemning Roman Catholic theology, and then later converted to Catholicism. Bridges wrote six stanzas, based upon Revelations 19:12, “…and on His head were many crowns.”

Godfrey Thring (1823-1903) was a devout Anglican clergyman who was concerned that this popular hymn was allowing Catholic theology to be sung by protestant congregations. And so he wrote six new verses.

The 12 stanzas have been mixed and matched down through the years.
(excerpt taken from Sharefaith.com)

So as we stand in our collective churches this Sunday morning, lifting our voices skyward, may we all be mindful that our faith in the resurrected Son of the Most High God, is the tie that binds us as brothers and sisters–bound by the blood of Christ—one belief, one faith, one Savior, one voice lifting to Heaven. . .

“I don’t care much for facts, am not much interested in them; you can’t stand a fact up, you’ve got to prop it up, and when you move to one side a little and look at it from that angle, it’s not thick enough to cast a shadow in that direction.”
William Faulkner 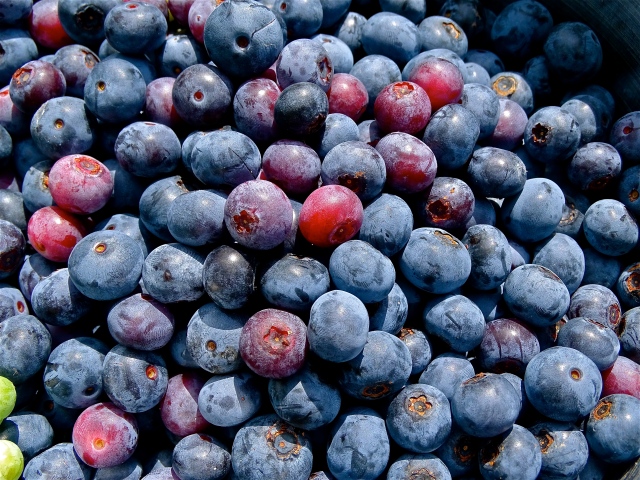 Ode to the importance of angles. . .

Upon first inspection of my blueberry bushes, I readily and immediately see exactly what needs picking.
Those lovely succulent orbs of royal blue to purple to practically black dangling and dotting the green backdrop like ornaments on a Christmas tree.

Working feverishly in the heat of day, gingerly canvasing the bush, I begin the task of pulling, plucking and gently twisting until the bush gives release of her tiny treasures. . .as I notice several berries sporting tiny little piercing holes. . . pecked neatly in the center of each berry.
As in pecking birds. . .
I am more than willing to share my bounty with my feathered friends but I would hope that the birds would pick and take as opposed to pecking, damaging and leaving.

Resigned to having no choice in my sharing, I let out one long heat laden sigh. . .

After an excruciatingly hot 40 minutes or so of slowly making my way round and around the bush, standing on tippy toes and squatting way down low, it appears as if I have gotten all the berries that are ripe, leaving those red and green berries for another day as they still require a few more days.

The thoughts of a cool AC and an even colder cool shower were sweetly beckoning to me like a siren to the weary sailor. . .that is until I bend over, picking up a few berries that had fallen down into the pine straw. . .and that’s when happenstance would have it’s wicked way with me.
I cast my gaze slightly upward, up underneath the bush. . .and that’s when I saw it.. . or rather that’s when I saw them. . .
I was aghast.
Dangling high and low, as if to tease even more sweat from my heatstroke brow, there hanging and hidden from the sight of the obvious are a myriad more overtly ripe blue and purple berries.

Hidden from the sight of the obvious.

I begin crawling up and under, scrounging on bended knees, reaching and stretching ever upward, around and over. . .agin and agin. . .
Plucking until, thinking triumphantly, I have finally gotten every last berry. . .
. . .that is until I turn my head to the left. . .

Being keen to bend, cocking ones head, peering up and over, or under and around.
With the angle of vision being paramount. . .

Being able to go into any endeavor, be it picking berries or solving any of life’s toughest troubles, knowing that what greets you initially is not all that there is—for there is certainly more— will be the true ticket to success—

So the next time you’re faced with one of life’s vexing problems—don’t consider the obvious, that which is staring you in the face. . . be willing to cock your head, looking over and around, up and above, hidden and way down low . . .

You might just be surprised at how quickly you’ll fill your cup,
your heart, your life, your bowl. . .
filling it full with even more ripe berries than what you had initially expected. . .

Now it’s time for that shower!!!

“All men dream: but not equally. Those who dream by night in the dusty recesses of their minds wake in the day to find that it was vanity: but the dreamers of the day are dangerous men, for they may act their dreams with open eyes, to make it possible.”
T.E. Lawrence

In the depth of winter I finally learned that there was in me an invincible summer.
—Albert Camus 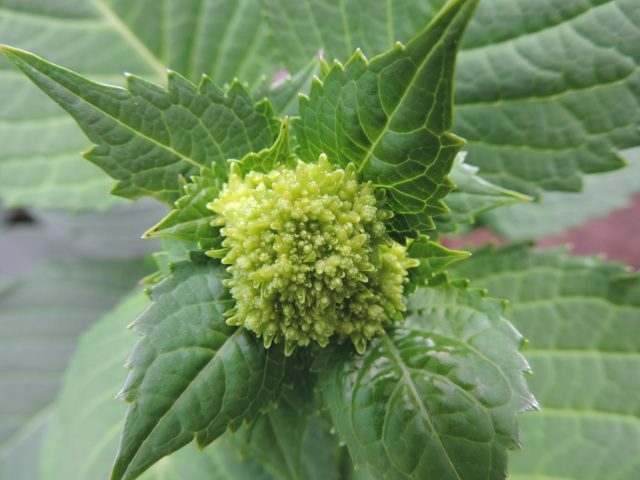 If I were a betting woman, which if the truth be told. . .I have been known to place a few friendly wagers over the years, particularly where my beloved DAWGS are concerned, I would bet that this Hydrangea bloom will indeed make it to its very showy, garish, over the top, full blue bloom before the first frost.

The first frost is a good two months away right?
How long does it take a hydrangea bloom to come to maturation?
Hummmmm. . . .
Sounds a bit reminiscent of some sort of mathematical word problem. . .if two hydrangeas left a train station at the same time, one traveling by train running 80 mph and the other by bus traveling 60 mph. . . yada, yada, yada—I hated math and I hated word problems even more–but I digress. . .

In late May and early June, my heart leapt for joy when I noted some tiny leaf buds trying desperately to take hold on the barren woody brittle steams. Much to my wonderment, I realized that this little plant was not dead after all but was actually very tenacious and thankfully very stubborn. I had, however, resigned myself to the fact that this summer would not be privy to the pom pom like blooms which are so indicative of Summer in the deep South due to its late start at simply putting back its leaves.

That is, until today.

Just when I thought I knew what would happen as far as a little (actually massive) plant was concerned–late freeze obviously equalling no summer blooms–Life, Mother Nature, you name it, decided to show me a thing or two.

Never say never!!!
I have learned that little life lesson the hard way many times over and over throughout this life of mine. As soon as the word leaves my lips, something or someone comes along, almost immediately, to prove to any and all of those around that never is never going to happen!

Never give up!!!
You don’t have to be a Pollyanna with your head stuck in the unrealistic clouds, but you must never quit, never give up, never give in, or never throw in the towel. . .not unless it is spelled out in big bold black and white letters written in plain and simple language.

Never, for one minute, think you know it all.
Just as soon as you make a “set in stone” statement, something or someone comes along to turn upside down everything you’ve just stated as concrete fact.

Be prepared for anything!!
Just when you thought you had things figured out and were “good to go”, something is going to turn your world upside down. Be watchful and be ready. . .it will happen, trust me.

Always remain hopeful!!
If you don’t have any hope that things can turn around, get better, improve. . .then there is really no point to life now is there? As long as there is breath in our bodies, there must always be hope. Nothing is going to last forever–all things eventually change—it may not be within the set time frame of our desires, yet eventually, everything changes.

Make the most of the “now”!!
Don’t wait.
Don’t put of.
Don’t be Scarlet and deal with it all on the proverbial ‘morrow.
One’s house should always be in order–and by house I’m not meaning your literal house, but then again an orderly home is nice as well. . .
I’m talking about the business of life. We only have the now, the today–there are no promises of the tomorrows. . .so if not now, when?
Enjoy today.
Do what it is you’ve been putting off— do it, start it, tackle it— today.
Instead of repeating the mantra of “later”, “tomorrow”, “not now”—-go ahead and do it!!

Give everyone and everything a second chance.
We all deserve second chances.
Don’t be too quick to rush in with judgement, conclusions or endings.
No one is perfect.
No situation is a guarantee.
Those of us whose belief system is steeped in the Gospel know of the admonishment that we must forgive 7 times 70. 490 times seems rather excessive when it’s put to such a number that I should be forgiving someone that many times right? Well, it was once explained to me that in ancient times the circumference of a circle was thought to be 490ᵒ not what we know today as 360ᵒ, so the whole 7 times 70 was once again one of this analogies I have a heard time picking up on–meaning forgiveness should be a constant unending thing. . .

So just when you thought you had it all figured out, knew everything there was to know about something, closed the book on it all, written it off as over and done, given up, decided to call it quits. . . something as simple as a hydrangea, wanting to bloom at the proverbial 11th hour, comes along to remind you that everything and anything is always possible. . .