“Our vision is so limited we can hardly imagine a love that does not
show itself in protection from suffering….
The love of God did not protect His own Son….
He will not necessarily protect us–
not from anything it takes to make us like His Son.
A lot of hammering and chiseling and purifying by fire will have to go
into the process.”
Elisabeth Elliot 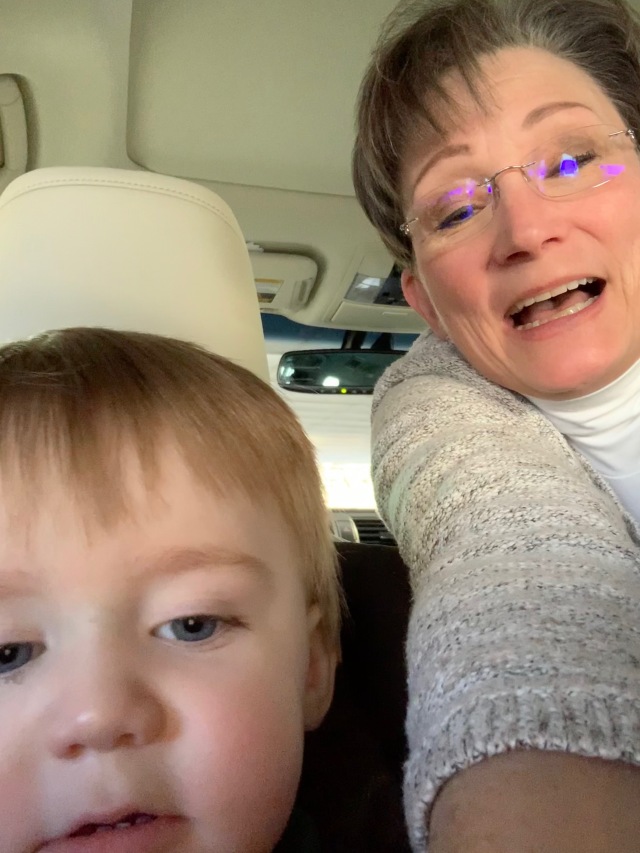 I think we’d all agree that we are indeed living in some of the most troubling
and trying times.
And no, I am not suggesting that we should drink our woes away…
so just stay with me a bit and I’ll explain.

Friday, when we’d traveled to Atlanta for the Mayor’s big day on Saturday, I needed
to help my daughter-n-law shuttle the kids to the pediatrician’s office.
The Mayor was to have her 3 year old check up.

Due to the Pandemic still being at full throttle, the pediatrician’s office is not allowing
siblings to come into the office together.
It’s only a one child at a time policy.

The procedure now is that one is to text the office once arriving at the building.
The receptionist will text when they are ready for you to come in,
as well as texting which examination room you are to go directly to when you enter the office—
no more sitting in a waiting room.

In my mind, the trouble comes when you have more than one child in tow or that you
need for all your kids to be seen…so someone has to hang back in the car.
You’ll need a helper…another person who can sit in the car with the other kid(s)
while the parent takes the specified child in at the designated time.

Given our idiotic defund the police movements mirrored by the rise in violent
crimes in our major cities…
sitting in a parking deck, even in broad daylight, is simply not wise.

I grew up in this city.
As kids, my mom and aunt walked these very sidewalks near this particular doctors office.
Back in the 30’s and 40’s, while they were growing up,
my mom and aunt would walk to school, to the homes of friends and
especially to the movies…
exactly right where the Sheriff and I were now to wait in the car.

We were parked in a single floor covered parking deck of which was a bit obscure.

Since it was cold, my daughter-n-law wanted to leave the car running, while leaving
me the keys.
She suggested that I move over to the driver’s seat incase I needed “to gun it” in order
to get away.

Was it really that bad here I asked.

“Yes!”, she replied as there have been carjackings, armed robberies and various
violent crimes all within blocks of where we were…and not just in the cover
of darkness but now in the light of a sunny day.

She and the Mayor headed inside the building as I locked our doors.

The Sheriff did not appreciate being left behind, even while sitting with “mom”
and in turn, began to cry.

Needing a diversion, I quickly sought out his favorite things—two paint brushes.

While I’m on my knees, turned around in my seat trying to get him happy,
I vigilantly scope out our surroundings—looking left, right and in front.

Next I start looking around in the car for anything I could use to bap any would be
intruder on the head. I was determined to get the drop on any criminal
before they could get to us…gun or no gun. 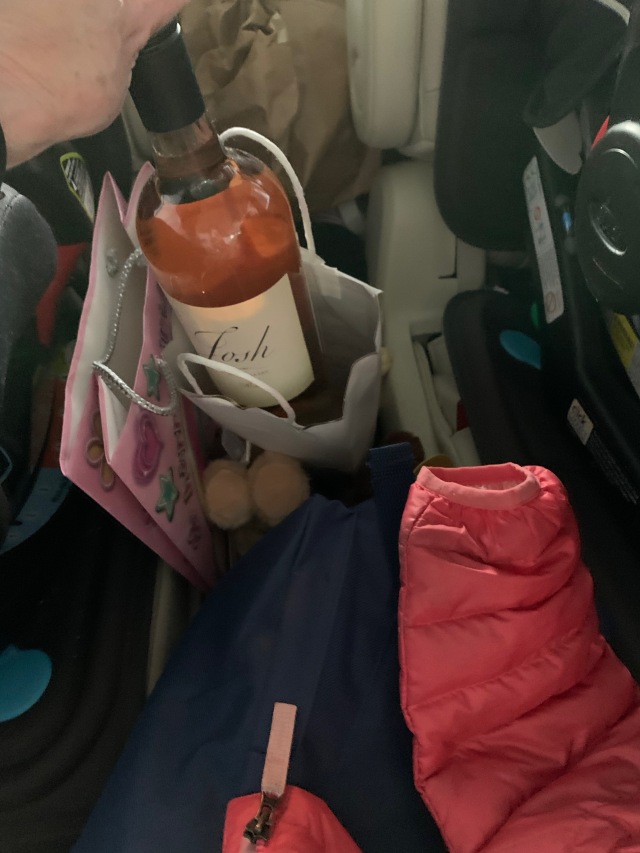 Nothing like a threatened grandmama bear protecting her little grand cubs

“Why does your mommy have a bottle of wine in the back seat?” I ask the Sheriff
thinking he’d readily answer in his sweet gibberish way.

I decide to hold onto the bottle just incase.

After about 20 minutes, the Mayor and her mom are exiting the building, making their
way to the car as I quickly unlock the doors.

Since she didn’t need any shots, the Mayor was none the worse for the wear.

I proceed to tell their mom that I was going to use her unopened bottle of wine
as a weapon if needed…and by the way, why was there a random bottle of wine
in the car?

“Oh, it was Catholic Teacher Appreciation week and that’s what they gave us.”

Working on a wing, a prayer and a bottle of wine—and it all worked on
this fine Friday afternoon in Atlanta.

Now….may we each pray for God’s healing Grace

no weapon forged against you will prevail,
and you will refute every tongue that accuses you.
This is the heritage of the servants of the Lord,
and this is their vindication from me,”
declares the Lord.
Isaiah 54:17