But thanks be to God!
He gives us the victory through our Lord Jesus Christ.
1 Corinthians 15:57 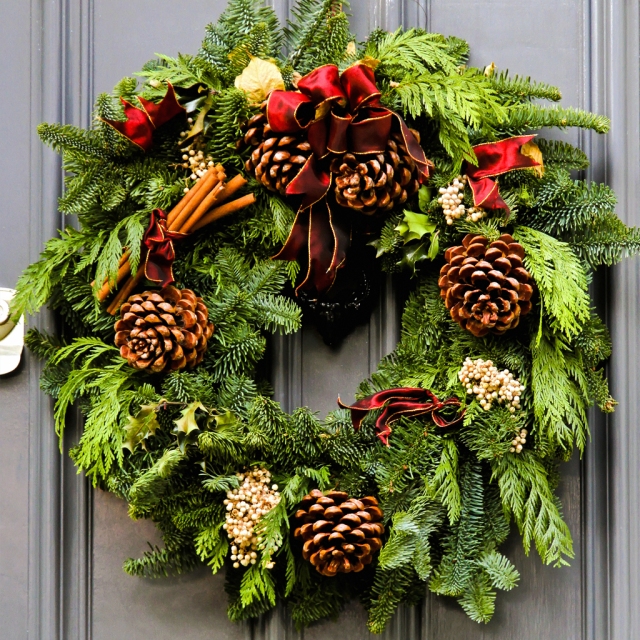 Twas the week before Christmas and all through the land
Democrats, and even some Republicans, seemed mad at the man…

With Madame Speaker dressed in her mock funeral black
I wanted nothing to do with this presidential attack.

And thus this entire governmental spectacle has taken hold…

It’s taken on the heaviness of a thick black cloud hanging wearily
over an otherwise merry and joyful time.

All except for those who had “merry impeachment” parties and
dinners last night…and those who clapped in the house upon the resulting vote.
Shameful and boorish behavior by folks who just don’t grasp the magnitude.

This brouhaha that kicked off on election night 2016, has consumed our news outlets,
it has divided this nation deeper and further, it has overshadowed much more important
issues affecting the entire nation and it is doing its darndest to steal
our Christmas joy…

I oddly think that that is indeed Speaker Pelosi’s mindset…
to steal the joy, hence the black and now they’ve all left town…
heading home for parties and fun while leaving the nation and
their unfinished business, hanging in a lurch.

However, could this not have waited until say January…when we’re all already
depressed from dealing with our post-Christmas letdown and seasonal affective
disorders stemming from the lack of light, the gray days and cold winds???

Yet the stealing of joy is exactly what Satan would like.

I am, however, still left feeling very sad as well as mad…
or is that more angry than mad?

I am mad at our governmental leadership.

They have forsaken their duties to govern, write legislations,
vote to pass or pass on various laws…
all because of an obsession that began three years ago along with
a fast leaning slant toward socialism.

Everything about governing has been put on hold all in order
that ‘they’ may “impeach” a president who has committed no crimes.

Now I must confess, I missed Andrew Johnson’s impeachment
as it was slightly before my time…
but the near impeachment and ensuing ‘abdication’ of office by Richard Nixon
made a deep and lasting impression on me.

It made me sad seeing the uglier and smugger side of our politicians
at an age when I could understand what divisiveness was all about.

It was not so much from President Nixon, who I was deeply disappointed in,
but it came from the ensuing three-ring circus that followed the discovery of the
Watergate break-in, clandestine figures like “deep throat” and
the infamous Watergate tapes.

I had never felt so remorseful for our Nation as a whole as I did then—
only to have been surpassed had I been living during the Civil War,
which undoubtedly would have left me feeling fractured just like our country.

For you see, I don’t get mad at the Democrats as a whole nor do I get mad
at the Republicans as a whole…instead, I get sad for our Nation as a whole.

This is so much more than a them vs them…it is rather an us vs us.

I did not care for Bill Clinton.
He looked directly into a camera lens and lied to a nation.
I had to keep our young son from the room during the news lest he
wonder about the constant talk of blue dresses and oral sex…
How would you have explained all of that to a young child who hadn’t a clue about sex
and then have to also explain that was all about our President?

You can’t and you don’t.

I also hate the fact that I feel as if I have to defend the fact that I am a woman
who is conservative.
Yes, I am college-educated.
Yes, I am well-read.
Yes, I have a deep understanding of history.
No, my husband does not tell me how to vote.
Yes, I am a Christian.
No, I do not like how often immature and childish our President acts.
Nor do I not like his tweets or lashing out…

But I see his childishness as the direct reaction to equally childish behavior…
for our government has become a place for children’s tantrums and their tit for tat.

I do, however, like the fact that this President has made good on his promises…
promises that other politicians seem to forget once they come to power.

And the issue is perhaps not in ‘coming to office’, but rather the ‘coming to power’…
because so much of our troubles stem from not office but power.

I also like the fact that we have a strong economy, a strong stock market, the lowest
unemployment rate in ages and a President who fights for the little guy.

We elected a businessman, not a politician…
and in that lies much of the angst.

We know and understand the leadership, or perhaps that is the lack of leadership, from our
politicians…many of whom are lawyers…we don’t necessarily understand
governmental leadership from a business mogul.

For the record, I am not a deplorable nor am I ignorant.
And as a Christian, I would like a Christian leader…but I’ve yet to find one.

David was at times a most wretched king who made very evil and selfish decisions…
but God still used him to lead a people.

Am I suggesting Trump is a David?
No.
But it shows us how God can use bad for good.

Oh and by the way, this is not Nazi Germany and Trump is no Hitler…
I do not want to hear that comparison ever again because there is no such comparison.
That demeans the 6 million people killed in the Death Camps.
As well as the approximate total of 75 to 85 million killed simply due to the war…
add to that the millions killed or sent to gulags following the end of the war by Stalin.

I am a Reaganite…plain and simple.

But I will never be made to apologize for who I opt to vote for or not vote for.

So don’t scratch your heads as to why this latest impeachment has some folks
sad and not gleeful.
Do not demean those who do not share your excitement.
Do not shame others for their right to vote and right of choice.
Some elected officials leave me wondering but the vote was not mine to make.

And no Speaker Pelosi, you are a lifelong politician, I do not buy
your theatrics of solemness or sadness.

This is not a happy time in our Nation…

Yet I was reminded last night that I am to give thanks unto God.
He has already overcome the world…

“And I saw that truly nothing happens by accident or luck,
but everything by God’s wise providence …
for matters that have been in God’s foreseeing wisdom, since before time began,
befall us suddenly, all unawares; and so in our blindness and ignorance
we say that this is accident or luck, but to our Lord God it is not so.”
St. Julian of Norwich