“If it is hard to make predictions about what the year ahead holds for society,
it is doubly difficult to predict what will happen to the Church.
It’s not just that we suffer the vagaries of all human sinners and societies,
but the Holy Spirit will not be restricted to our timetables and limited visions.
Imagine being a disciple of Jesus after the crucifixion and before the
day of Pentecost – who could have foreseen what would happen?”
David Robertson 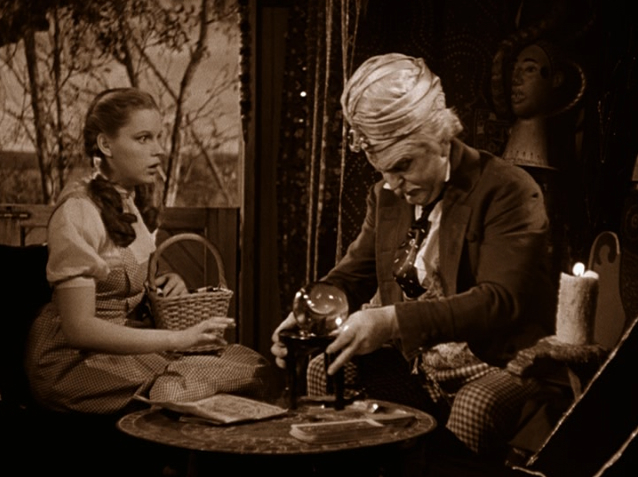 Ode that we could somehow take a peak, a gander or even predict….the future…
Ours, others, the world’s….
All whilst gazing into our very own all seeing and all knowing crystal balls.

We humans, particularly as we have advanced in areas of all things scientific,
communication and technological, have grown, over the past couple of centuries,
increasingly frustrated when we can’t see how it’s all going to go, going to be,
or going to end…

And despite saying we aren’t ones to sneak a peak at how the book or the
story will end, deep down, we all really want to know…

Perhaps it is the odd peace in knowing… or perhaps more aptly,
it is a peace in accepting, that which is to be….
For the lack of not knowing eats away at us more than the actual knowing.

We want that total knowledge and peace that everyone is going to
live happily ever after…
And if that’s not to be the case..then by George, we will do something about it…
because that who we are and how we operate, we do something about it, or we
get those who can do, to do…..

Becoming the masters of our own ships, our own destinies and our own souls!
In essence becoming our our demigod.

In the mid 19th century in Victorian England there was a huge rise in public
interest in occultism and spiritualism…
but not exactly for that of Christian spiritualism.

In his article The Victorian Supernatural, Roger Luckhurst notes that
the 19th century is routinely thought about as the era of secularisation,
a period when the disciplines and institutions of modern science were founded
and cultural authority shifted from traditional authority of religion to
explanation through the scientific exposition of natural laws.
The sociologist Max Weber spoke about this process as the disenchantment
of the world.

Yet he goes on to note that “while we might still accept the broad brush strokes of this story, the Victorian period is also of course a period of deep
and sustained religious revival.
There was an evangelical revival in the Christian church but also a host
of dissenting, heterodox and millenarian cults.
It was a golden age of belief in supernatural forces and energies,
ghost stories, weird transmissions and spooky phenomena.
For a long time historians ignored these beliefs as embarrassing errors or
eccentricities, signs of the perturbations produced by the speed of cultural change.

Roger Luckhurst who is Professor of Modern Literature at Birkbeck College,
University of London goes on to note, that in the turbulent,
revolutionary year of 1848, a new religious movement emerged from the melting pot
of upstate New York.
The young Fox sisters had claimed to have come into contact with the
unquiet spirit of a murdered man in their house,
who communicated with them by loud knocks on wood.
This very local sensation (later shown to be a fraud)
was the origin point for the Spiritualist movement,
which elaborated a method of communicating with the dead in séances through mediums. Mediums were often women because they were deemed to have more delicate,
sensitive nervous systems than men.

Men who were mediums – such as the famous D D Home who so enraged Robert Browning
that he was the source for his poem ‘Mr Sludge’ –
were often abjected and despised.

Although communication with spirits was strictly forbidden in the Bible,
this became a popular form of dissenting belief, a ‘proof’ of the survival
of bodily death in an era that demanded empirical testing and experiment.
The spirits would exchange banal but comforting messages with loved ones;
some would elaborate extensively on the social and political institutions
of the afterlife, called Summerland by some.

So as we consider the thoughts of one historian’s observation,
or better yet his little explanation into this lasting fascination of humankind
with its endless quest of being able to reach the other side, see beyond today,
desiring to know how the ending will be…there remains that single notion—
the “demanded of empirical testing and experiment….
i.e.the knowledge of the truth.

But what truth is that?

As we are reminded of a similar resigned and rhetorical
question, uttered nearly two millennium ago by a weary Pontius Pilate
“What is truth”
….as man is still hounded by that very query, despite having been offered
the most sound statement of Truth itself that very day….

And so our friend the Scottish Pastor and Wee Flea blogger gives his own
take of what 2018 might just be holding in store for those who are curious
or perhaps even worried about such.

Yet we must note that Pastor Robertson’s “predictions” are not those based on
Mediums and Occultism nor of séances, Ouija boards or even crystal balls….
but rather his thinking is based of keen observation, historical observations,
insight into the human psyche as well as a heavy dose of Biblical study
and of course always prayer…..

For an article in Christian Today, the good Pastor offered his
“10 prophesies for the Church in 2018

And it is with keen interest that I pay particular attention to number three
as it addresses life on this side of the pond….

3.The American church will continue to fracture and decline as the word
‘evangelical’ becomes even more meaningless.

The American church is rich and powerful and has need of everything.
Whilst J I Packers’ quip that the US church is
‘3,000 miles wide and one inch deep’ may have been unfair,
it is nonetheless the case that whilst there are vast resources in the US church
(people, money, gifts) there is a danger it could implode.

This is especially true in the evangelical church where the word
evangelical has become increasingly meaningless.

‘White evangelicals’ who don’t go to church and don’t believe
(according to one survey) 60% of the basic Christian doctrines can hardly be called evangelical. And yet everyone wants to be called an evangelical
(or ‘post evangelical’ if you want to be cool).

On the other hand the heirs of 19th Century Protestant liberalism are 21st
Century liberals like Brian McLaren, Rob Bell and Steve Chalke,
who use the language of evangelicalism but give it a completely different meaning.
Such a church cannot survive. And does not deserve to survive.

As this thought reminds me of the words by Bishop Gavin Ashenden,
“our secular culture is attracting many believers…..”

And whereas none of us actually have a true working crystal ball,
allowing us to see into let alone accurately predict what may come…
And whether we agree or not or even like to consider such ominous words
of a murky future…there does remain,
as the good Wee Flea reminds the Faithful, always hope.

Because that is but one thing that remains forever unchanged…..
the Truth of God and His Word.

He was, He is and He will always be—

And it is in that simple fact, that we may rest—

For the Lord your God is God of gods and Lord of lords, the great God,
mighty and awesome, who shows no partiality and accepts no bribes.
Deuteronomy 10:17