“In order for the inner man to be strengthened with power through the Holy Spirit,
the children of God must discharge their responsibility.
They need to yield specifically to the Lord, forsake every doubtful aspect in their life,
be willing to obey fully God’s will, and believe through prayer that
He will flood their spirit with His power.”
Watchman Nee 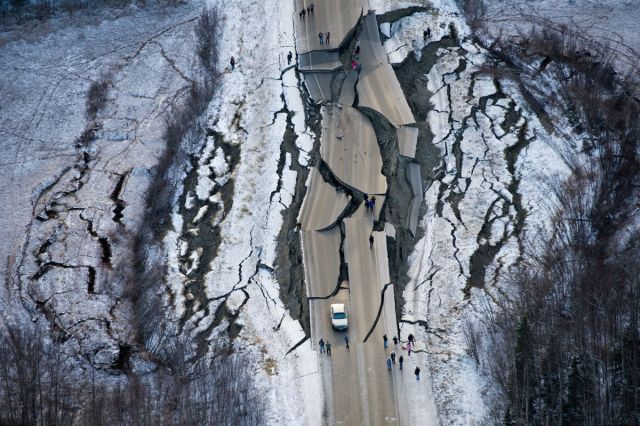 Remember yesterday how I shared that Twitter was attempting to ban both
The Anglican Bishop, Gavin Ashenden
(well, they already did try with Gavin but I believe he’s been “reinstated”)
as well as the Scottish pastor David Robertson…??

And remember how I offered not only the link to David’s open letter to Twitter but I
shared this quote…part of David’s ending response in his letter…??

“Meanwhile I will continue to use your platform to undermine your hateful
and irrational ideology.
And I will do it by using logic and love – the love of the Logos.
We don’t need Twitter (or Facebook, or government or the media) to be able to speak of Christ.
And you will never silence us.
Though you kill us the very rocks would cry out!

And it was that very last line that has stayed with me as I’ve ruminated over those words
since I read it…
“Though you kill us the very rocks would cry out.”

“the very rocks would cry out”…is a nod to the verse in Luke 19:40 when Jesus,
at what we now refer to as Holy Week, was entering into Jerusalem on the back of a donkey
while those around him laid palms at his feet, hailing him as a king…
“Blessed is the king who comes in the name of the Lord!”
“Peace in heaven and glory in the highest!”

Well, the Pharisees rebuked these adulations…
they found such to be ill-fitting even sacrilegious telling Jesus to silence “his” people…
However, it was the response by Jesus that was so telling…
“I tell you,” he replied, “if they keep quiet, the stones will cry out.”

I’ve thought a great deal about that line since having read it yesterday…
and of course, I’ve thought about it every time I’ve either read it or heard it.

Stones, rocks, boulders all crying out…crying out the greatness of the Lord.

Does not our earth already cry out with groanings that are so deep and beyond our understanding?
Cries which surpass our comprehension?

Such as the image above of the Highway in Alaska?

A road buckles, as the earth opens up with audible groans and physical cries.

Does the earth not open up…leaving us like frightened children,
looking for help which is beyond us?

Of course we call such opening up and such “crying out” merely plate tectonics.

Yet do we not, when those plates slide and collide, causing devastation to the surface,
do we not cry out in fear?
Do we not cry out to be delivered from that which we cannot control?

So who are we to say that the rocks are not currently crying out.
That the earth is not yielding to her Creator?

And so as we enter into this new year of the Chruch calendar, with the beginning of Advent,
we are reminded, once again, that all of creation slumbers in darkness awaiting
the light of Salvation…

Perhaps it would behoove us to listen to the earth and her cries…as the earth might be
more aware of the coming of the Redeemer than we are ourselves.

You alone are the Lord. You made the heavens, even the highest heavens,
and all their starry host, the earth and all that is on it,
the seas and all that is in them. You give life to everything,
and the multitudes of heaven worship you.
Nehemiah 9:6

“Love, which quickly arrests the gentle heart,
Seized him with my beautiful form
That was taken from me, in a manner which still grieves me.

Love, which pardons no beloved from loving,
took me so strongly with delight in him
That, as you see, it still abandons me not…” 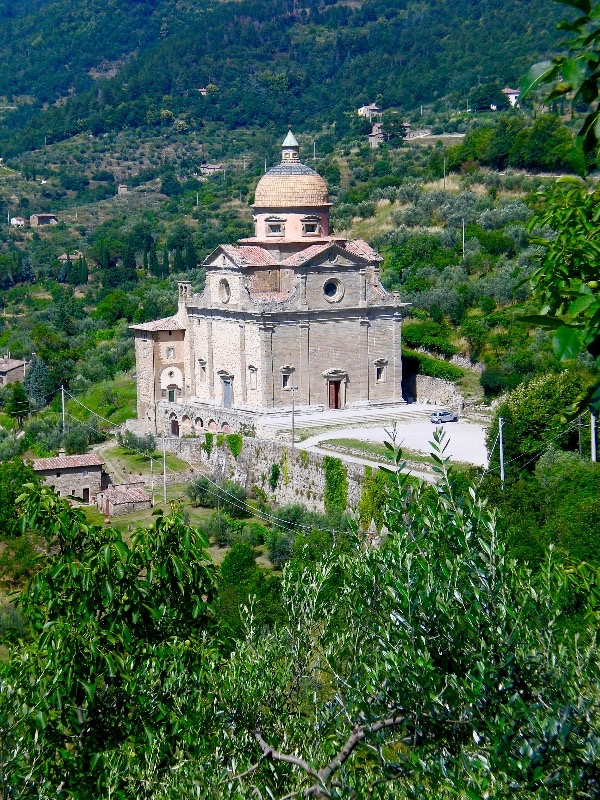 Our hearts, thoughts and prayers reach across the oceans and lands to the people of Italy…
especially those hardest hit by Wednesday’s early morning quakes centered in the regions of Umbria, Lazio and Le Marche.

Italy is an ancient land with a rich and storied past that is clearly evident today—
For all one must do is to look at the land, the ancient architecture and to the
warm faces of her loving people.

From its varied geography—
from the hilltop fortified towns to the colorful villas by the sea…
Italy is both mountainous, think Alps and Apennine, as well as coastal as it is surround by
the Mediterranean, the Adriatic, the Tyrrhenian, and the Ionian seas.

The villages, towns and cities are a rich mix of the centuries of man’s very existence.
From the Caesars to the Fashion runways,
from the birth of Christianity to her decadent gastronomic delights…
Italy herself is so much a part of the history of mankind.

We rejoice when Italy is at her best and we mourn when tragedy strikes….

(one of the many alley ways, nook and crannies filling this country of mazes / Cortona, Italy / Julie Cook / 2007)

With the past weaving itself into the present, upon observation, it is not difficult for the casual observer to understand how easy it is for a natural disaster, such as an earthquake, to have devastating results… 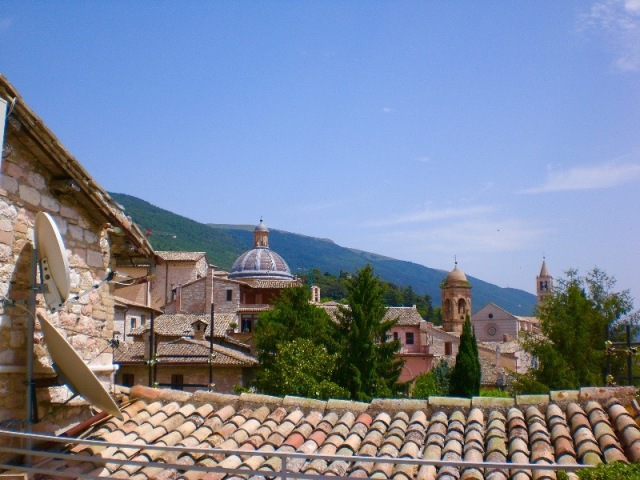 As Italy percolates upwards from her past, with layers upon layers, being built upon itself….
Even the clay tiles from region to region offer a glimpse to the volcanic soil composition…
as some area tiles offer rich red colors while other regions are full lot more earthy brown tones….

Italy is home to both dormant and active volcanoes…
Just more evidence of the constantly changing and ever evolving ground beneath the feet of both
her myriad sea of tourists and her enchanting residents….

Why is Italy at risk of earthquakes?
By Jonathan Amos
Quakes are an ever-present danger for those who live along the Apennine mountain range in Italy.
Through the centuries thousands have died as a result of tremors equal to, or not much bigger than,
the event that struck in the early hours of Wednesday.
The modern response, thankfully, has been more robust building and better preparation.
Mediterranean seismicity is driven by the great collision between the African and Eurasian tectonic plates; but when it comes down to the specifics of this latest quake, the details are far more complicated.
The Tyrrhenian Basin, or Sea, which lies to the west of Italy,
between the mainland and Sardinia/Corsica, is slowly opening up.
Scientists say this is contributing to extension, or “pull-apart”, along the Apennines.
This stress is compounded by movement in the east, in the Adriatic.
The result is a major fault system that runs the length of the mountain range with
a series of smaller faults that fan off to the sides.
The foundations of cities like Perugia and L’Aquila stand on top of it all.
(excerpt from the BBC) 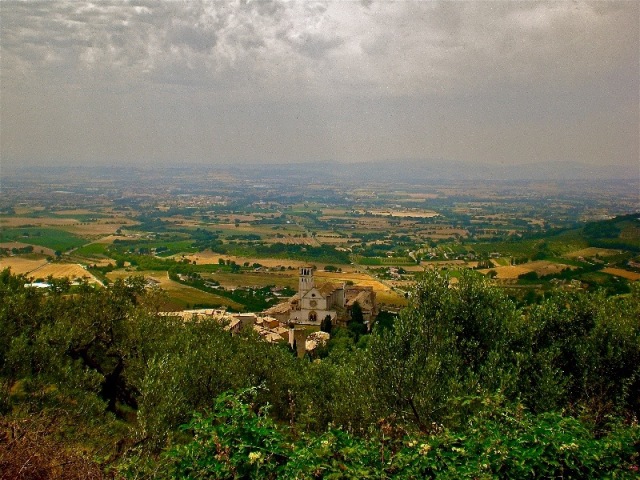 May we pray for those who now find themselves without home, without city, without family,
without hope….may we be their hope….

From one man he made all the nations,
that they should inhabit the whole earth;
and he marked out their appointed times in history
and the boundaries of their lands.
Acts 17:26

The Lord himself goes before you and will be with you; he will never leave you nor forsake you.
Do not be afraid; do not be discouraged.”
Deuteronomy 31:8-9