“The truth does not change according to our ability to stomach it.”
Flannery O’Connor 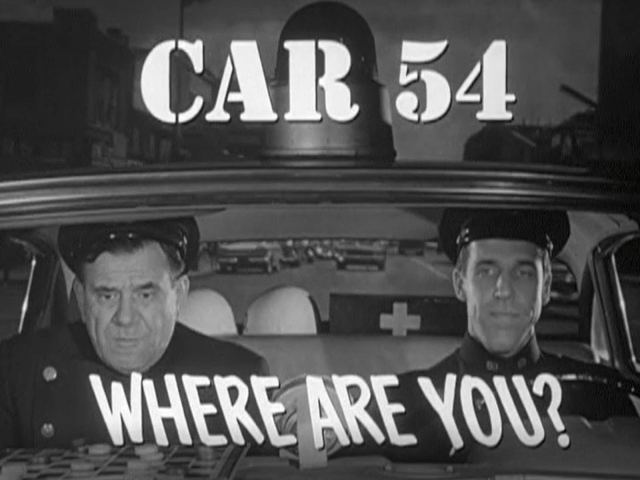 Do you remember that old show from the early 60’s?
It was a short lived sitcom that followed the exploits of two bungling cops
from the Bronx.
It was the show that seemed to jump start Fred Gwynne from hapless cop to
hapless daddy monster in the sitcom, The Munsters.

That familiar call….”Car 54 where aaaare yoooouuuu?” came flooding to my mind
today when I went to my reader this morning, all in order to play catch up with
my favorite blogs and bloggers, and suddenly I couldn’t find IB.

Last week, I remember thinking to myself that I hadn’t read
anything recently from our biology loving friend, IB.
I then thought that maybe she was feeling a lot like the rest of us–
feeling just a bit weary from all the world’s mess and had simply waned–
maybe she was needing a small respite from her daily posting like
so many of us—tired and beaten down a bit,
opting to slow our words and thoughts.
Seeking a need for a bit of introspection.

Now you should know that not only does IB know her sciences and biology,
she also knows all about hopelessness, mental illness, dysfunction,
addictions, and despair but more importantly, IB knows even more about
redemption, hope and joy—
so she gets it…she gets it all.
And she holds no bones back when speaking her mind about Truth!

She’s not one to back down.
Think of a dog with his bone.

IB will meet any skeptic, atheist, rabid Woke person or simple naysayer
on equal turf…all the while holding her ground.
So much so that she has often gotten blackballed by various
social media sites.

I love how the Truth tellers are now, all the time,
being “canceled” by the powers of what should be free speech…
those platforms that once touted being places
where folks could connect while sharing their thoughts and feelings–
yet are now oddly platforms that are anything but.

I am amazed at how the platforms of any and all sorts of free thought
or speech have now decided that anyone who supports the traditional family,
traditional biology…those who are pro life,
who believe the Bible is the True Word of God,
those who claim Jesus as Lord and Savior, those that believe there is
indeed a Judaeo Christian base to Western Civilization that must be maintained,
those who kneel for prayer, those who say a nation’s pledge,
those who vie for life and morality…are all now considered a pariah on the land.

IB has been deemed to be all that and more.

However, I’m pretty sure that most of you, my friends, would
also be considered such…for you also share the Truth.

We’ve been called backwards, out of touch, myth and fable lovers,
deplorable, ignorant, expendable… as well as a lot worse that I
just won’t touch on for now.

So yes, the ‘watcher police’ are all around and ‘they’ are ready to pounce
on the Truth tellers in a heartbeat.

So back to my quandary…
I couldn’t find IB’s site anywhere on my reader.
I opted to simply google the site.
I found it, and attempted to “follow” it via a random search.
I rebooted my computer.
I logged out and logged back in to WP.
I received an automated response that stated that I could not
follow the site as there had been some sort of error and I should
try back later.’
What???

How is it that I have ‘followed’ a blog site going on nearly 8 years
and all of a sudden it disappears from my collection of followed sites??

Next, how is it that I find said site on the web,
attempt to sign up to follow it,
then I am told that I am unable to do so at this time???

I have contacted the Happy Helpers of Word Press–as I now await their reply.
However in the meantime, I worked on one of my many back doors and
found an unbeknownst loophole and worked a bit of magic to reconnect with
IB.

But my question is why should it be that way?
Why should I have to go looking for something that’s been a part
of my daily life now for about 8 years only to be told I can’t
connect??
Connect to a free and open website.

I am not the first person to lament the sudden loss of a long
followed blog.

It is odd that most of the blogs and bloggers that I know who have had
problems are all various Truth tellers.

Something about the Truth just makes folks nervous…

But when he, the Spirit of truth, comes,
he will guide you into all the truth.
He will not speak on his own; he will speak only what he hears,
and he will tell you what is yet to come.
John 16:13