“Hope springs eternal in the human breast;
Man never Is, but always To be blest.
The soul, uneasy, and confin’d from home,
Rests and expatiates in a life to come.”
Alexander Pope 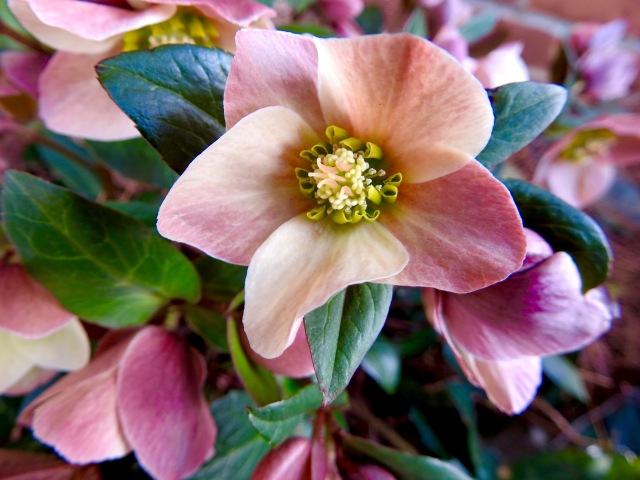 We still have so much to talk about…
So many pressing issues of the soul and the salvation of man.

That being our salvation.

There is so much history that we need to recall, lest we be doomed to repeat it all.

Discussing those things of true importance while discarding those unimportant things
vying for control.

There has been such a wearisome heaviness pressing down on us…
The cold.
The snow.
The political circus of both country and globe.
The helter-skelter stock market.
The flu.
The sheer burdens of our individual lives…
The uncertainty of the uncertainness.

I have felt as if I have not been outside, really outside, taking stock
of a winter barren waste-laid landscape in a string of seemingly nonending months of time.

Its just been too cold, too wet, too grey…
just too, too…

I actually went outside and filled up the birdfeeders.
The sun was shining and it wasn’t freezing.
In fact, I could feel the sun’s warmth.
An unfamiliar yet most welcomed sensation.

I cleaned out the bird boxes, ridding them of the old nests…
making ready for new residents who will soon be out house hunting.

I trimmed away a few dead and broken branches from plants, bushes, and trees—
all who had suffered under the weight of the snow and ice—
trimming wich I had simply not felt called yet to tackle.

To be honest, I think I’ve just not felt like doing much of any of it, period.
I’ve not felt motivated or excited to do so…
both of which are not me.

I chalk such lack of motivation, lack of get-up-and-go, to life’s wicked blows,
to the winter blues and to just the never-ending chill which
has delighted in reaching down to my very bones.

The good news is that I do not have the full blown hemochromatosis I spoke of
about a week or so ago.
I am however a carrier…only half mutant.
Yet it’s off for the nuclear stress test come Monday…
all to figure out the reason for a sedentary blood pressure for a non-sedentary individual…
of which probably points to another mutant gene…

My son made me watch the X-Men cartoons with him when he was a little boy—
I always did have a soft spot in my heart for Beast—
I mean, who doesn’t love a soft-spoken, Shakespearian reading
manly man who happens to be blue?

Yet I suspect some might simply call my winter languidness, age.

However my little outdoor excursion Tuesday offered up a marvelous surprise.

Tucked away in what is usually a dark tiny tree ladened little nook,
an unsuspecting patch of pine straw nestled between two small boxwoods…
rests 4 nearly hidden reminders that there is indeed life lurking, waiting and
really ready to get busy.

And as if right on cue, just in time for the beginning of this week’s coming Lenten season…
a time which happens to be bringing both Valentine’s day and a certain grandbaby’s
due date…
a reflective time of death, Ressurection, and life…
the Lenten Roses are in full blooming regalia.

Hope does Spring eternal does it not?

Cold blows the wind against the hill,
And cold upon the plain;
I sit me by the bank, until
The violets come again.
Richard Garnett 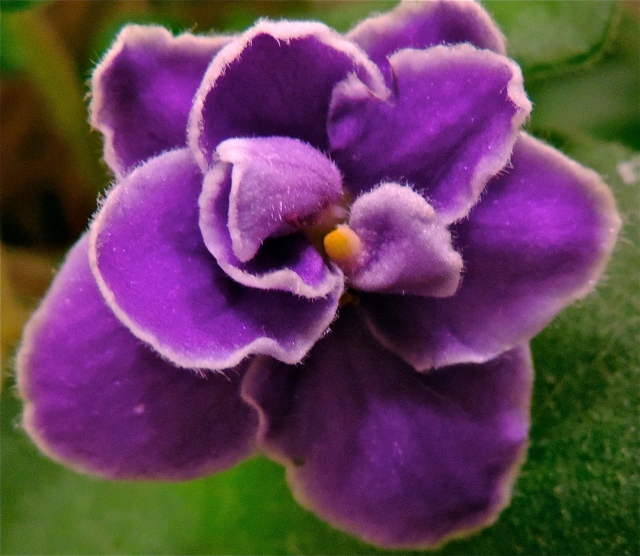 The African violet, the sweet demure blue, purple or white blooms of the Saintpaulia, originated in Eastern Africa. The plant was officially “discovered” in 1892 by Baron Walter von St Paul-Illaire, (from which the name derives) a german district commissioner in today’s Tanzania. Seeds made their way back to Germany as well as to the Royal Botanic Gardens near London, helping to ensure the plants popularity during the Victorian Age.

The tiny blossoms, which are edible, are often “candied” and used in decorating cakes or tossed for added color in various salads. The flowers have long been associated with both Greek and Roman mythology where they were attributed to those of chaste virtue and often given as tokens of enduring love. They are the official state flower to 4 different states as well as the official flower of Greece.

Throughout history the plants have been associated with Mary, the mother of Jesus, and therefore denote modesty and chastity. It is said that the violets were all originally white but as Mary deeply mourned, having witnessed the agonizing death of her son, the flowers turned purple, reflecting her sorrow.

It is my desire today to offer to you a small token or gift—-a gift of gentleness and remembrance—as well as a gift of color, a much needed dose of bright beautiful color. So many of us are finding ourselves crawling out from under the sudden blast of winter weather overload, which is currently gripping the entire Nation.
Weren’t we just wearing shorts last month!?

50 of 50 states have recorded freezing temperatures this week (Hawaii has mountains remember).
6 feet of snow blanketed upstate New York in a single day, as an additional 3 to 4 feet followed yesterday.
Tornadoes, flooding rains and straight line winds reigned havoc upon an unsuspecting South and are forecast to return by the weekend. All this was immediately followed by record breaking freezing days and nights. While out in the Pacific Ocean, a massive lava flow continues gobbling up land and homes in Hawaii.
Crazy weather and climates. . .
. . .and it’s only just Fall.

Yes, a little jolt of sweet tender color is much needed. . .