How are we to survive? Solemnity is not the answer, any more than witless and irresponsible frivolity is. I think our best chance lies in humor, which in this case means a wry acceptance of our predicament. We don’t have to like it but we can at least recognize its ridiculous aspects, one of which is ourselves.
Ogden Nash 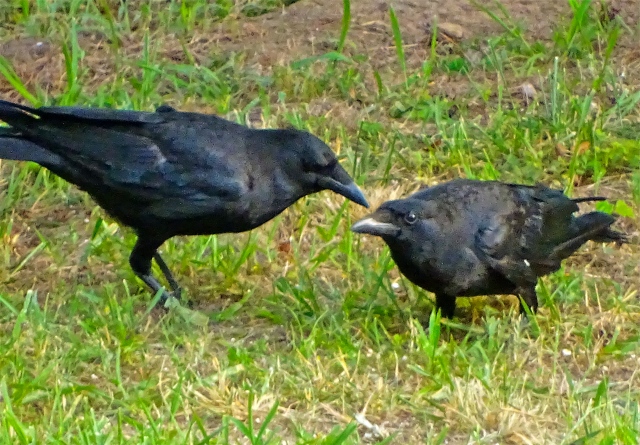 “Did you hear the one about the crow and the telephone pole?
He wanted to make a long distance caw”

How do crows stick together in a flock?
Velcrow.

Why did the gum cross the road?
It was stuck to the chicken’s foot.

Why did the chicken cross the road?
To prove to the Opossum that it could be done!

It is easy to determine if someone is committed to a cause or just involved.
Consider the case of the bacon and egg breakfast.
The chicken is involved, the pig is committed!

Two turkey vultures were preparing to migrate north for the summer but, after talking about it, they decided they were too old to fly all that way, so they decided to take a plane.
When they were about to board the aircraft, the flight attendant, noticing that both buzzards were carrying a dead armadillo, asked,
“Would you like to check those armadillos through as luggage?”
“No thanks,” the buzzards replied, “they’re carrion.”

Why did Mozart sell his chickens?
Because they kept saying “bach bach”!

How do you keep a turkey in suspense?
I’ll tell you tomorrow!

When life get too serious,
too difficult,
too hard,
too sad. . .
just remember. . .
A little bit humor and laughter can make everything lighter,
easier,
softer,
happier. . .

Humor and laughter are good for the soul. . .

Our mouths were filled with laughter,
our tongues with songs of joy.
Psalm 126:2