“The word ‘translation’ comes, etymologically, from the Latin for ‘bearing across’.
Having been borne across the world, we are translated men.
It is normally supposed that something always gets lost in translation;
I cling, obstinately to the notion that something can also be gained.”
Salman Rushdie

“Live the questions now. Perhaps then,
someday far in the future,
you will gradually, without even noticing it,
live your way into the answer.”
Rainer Maria Rilke 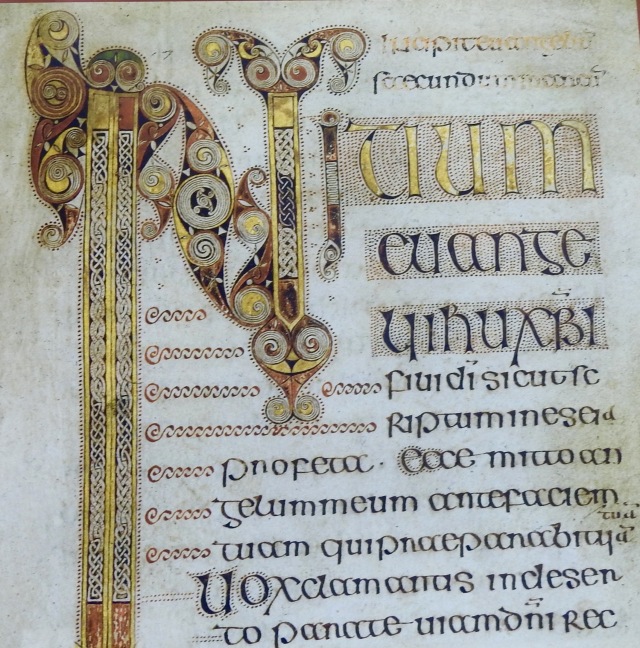 (detail of an Irish manuscript and cover of Timothy O’Neills book The Irish Hand, Scribes And Their Manuscripts From The Earliest Times–as seen in a Kinsale Bookshop, Kinsale, County Cork Ireland)

No matter the language, the question remains the same…
“what don’t you understand?”

It is a question asked of the confused, the lost,
the ignorant, the arrogant as well as the simple.

“Is there some confusion?”

“Do you need for me to re-explain something?”

“I’m sorry, did I not make myself clear?”

“You’re not from around here are you?”

The way in which the question is asked pretty much explains to the one asking the question whether or not their query is worthy of further explanation or has simply exasperated the one being questioned.

It can even be issued as a defiant statement rather than a question.

“yeah, you see it, it is what it is…what don’t you understand?!”

Sometimes I feel that way…
as in the frustrated way of things….

It’s all pretty simple.
Pretty much cut and dry.

Have you ever had to sign a contract or a legal document?
Have you ever taken the time need to fully read…
or the legal ability in order to comprehend all the fine print?
Has a salesperson or legal type person ever asked, “what don’t you understand?”
With you pretty much resigned to the answer being simply “everything?!”…

God gave a list of some pretty simple commands…
or rather rules for living if you will.

Pretty simple.
Pretty direct.
A relatively short list.
With no hidden fees.
No hidden clauses.
All in simple language.
No legalese.
No gobbledygook.

Oh, and by the way, where there were no fees involved,
there were / are penalties with each broken “law”

But they were set to make life easy.
Follow the rules, the laws, and life was to be pretty much… golden….

Later, His Son came along and offered a few more to the list…
This time there were actually a few additions in the affirmative…as in “do this”

Things like…
Loving your God with all your heart, mind, body, and being…
Secondly… love your neighbor as yourself.
Do unto others as you would wish others to do unto you.

Again straightforward with a direct approach.
Nothing buried in the fine print.

There were also a few more don’ts and do’s added to the list.
Don’t have sexual intercourse or anything close with those of your same sex.
Don’t do things in excess…like drink or eat, or…you name it.
Don’t neglect those less fortunate
Do take care of widows and orphans
Do remember those in prison.
Do show mercy.
Do show kindness.
Do show compassion.

All simple.
All direct.
Rules for living—in order to make the living…golden.

Yet over time, everyone has wanted to complicate the simple.
Muddy the waters.
Argue the point.
Defy the point.
Create fine print.
Throw in some hidden agendas and clauses.

And I just want to look at everyone with that exasperated look saying….
“What don’t you understand??????”

A fool takes no pleasure in understanding, but only in expressing his opinion.
Proverbs 18:2

Making your ear attentive to wisdom and inclining your heart to understanding; yes, if you call out for insight and raise your voice for understanding, if you seek it like silver and search for it as for hidden treasures, then you will understand the fear of the Lord and find the knowledge of God.
Proverbs 2:2-5

“I’m so glad I live in a world where there are Octobers.”
― L.M. Montgomery 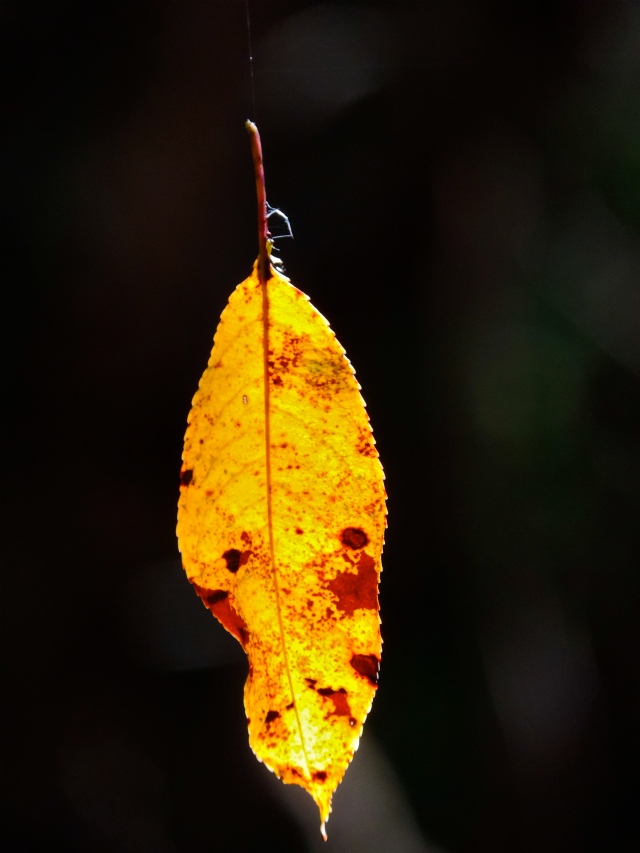 A leaf suspended by the single thread of a spider’s web—brilliantly reflects the light of a bright October sun / Troup Co, Ga / Julie Cook / 2014)

The human soul is slow to discover the real excellence of things given to us by a bountiful Creator, and not until the shadows of death begin to gather around the object that we love, do we see its worth and beauty. Autumn is the dim shadow that clusters about the sweet, precious things that God has created in the realm of nature. While it robs them of life, it tears away the veil and reveals the golden gem of beauty and sweetness. Beauty lurks in all the dim old aisles of nature, and we discover it at last.
Northern Advocate