“A wise lover values not so much the gift of the lover
as the love of the giver.”
Thomas à Kempis 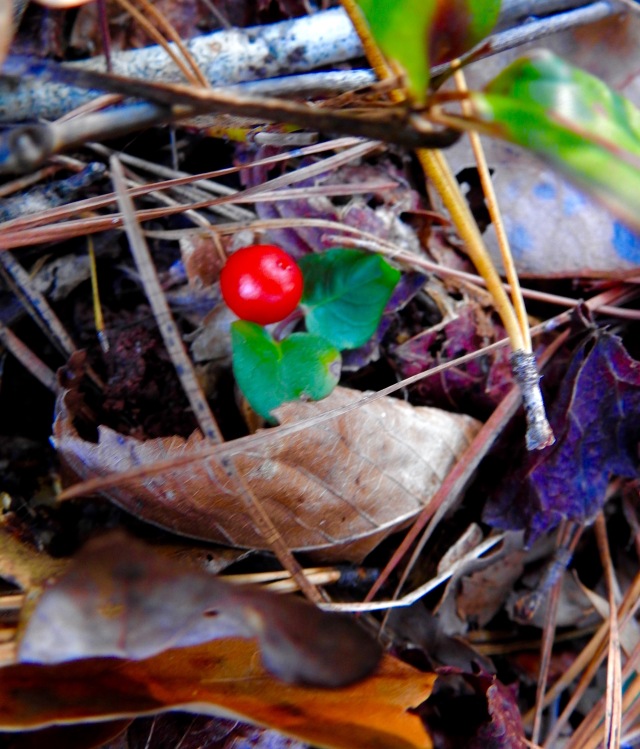 (the tiniest treasure found amongst the debris / Julie Cook / 2017)

Then Daniel answered and said before the king, “Keep your gifts for yourself or give your rewards to someone else.” Daniel 5:17
Daniels friends let it be known that the God of heaven was their King.
Daniel himself kept his windows open and prayed in defiance of a king’s decree.
Later in his life, Daniel refused the king’s gifts because his faithfulness
to God didn’t have a price.
He refused to be bought.
By gifts we mean the goodies of the world that stand in the way of the
greatness of God’s kingdom.
They come in any form of fame, fortune,
or promotion promised by getting along with the world.
Daniels life didn’t have a price tag.
His services weren’t for sale.
No amount of worldly gifts for kingly accolades could deter him from his mission.
He was a man of deep conviction, dedicated commitment, and undeniable courage;
the grace of heaven was far more important to him than gifts of men.”
Living Among Lions; How To Thrive Like Daniel In Today’s Babylon.
David and Jason Benham

Yes, I know, you probably don’t understand that last bit of redundancy.
Yet I would lay money that many of you actually do.

Yesterday a title to a post from a wonderful blog I follow,
jumped out at me from within a computer screen

There was a sense of defiance in the title that I found to be almost
exhilarating….
“Exactly!!” I practically shouted as I recalled just how much
I’ve been fretting the ticking of the impending season’s gift giving time clock.

I’m having a really hard time getting “into the spirit of the season….”

Be it this balmy weather, the heaviness of loss, the overwhelming worrisomeness
over this world of ours or the madness that is currently besetting our nation…

Our family has drastically declined this past year,
leaving more names than I care to actually acknowledge as MIA from our
Christmas list.
Yet there are those who remain who do deserve a little something
under the tree…this as we look forward to a family addition come February.

But within all of that…those who are missing, the list of names, the cards,
the baking, the cleaning, the shopping, the wrapping, the working, the tree….
which by the way I have no idea when it’ll go up as it seems like it was just
June when my husband and son finally manhandled the thing
down to the basement.
And whereas it takes two to haul the blasted heavy thing
anywhere it must go, I in turn must wait upon strong abled bodies to
happen by my door in order to assist….yet I digress….

So in a nutshell this is a season of tremendous expectation.

And not in the notion of expectant as in the anticipation of waiting but rather
in a societal demand of what is expected.

It’s just really gotten to be so much more than it was ever meant to be.
And I wonder when it will all finally explode, taking most of society with it.

So it is good, perhaps even life saving, to be reminded that Christmas
is not what the world keeps telling us it is…

As this world and her culture gods and the gods of commercialism and materialism
call out to us like a haunting and enticing siren…
singing a luring and hypnotic call coming from within a television,
or from the myriad of computer popups, from the endless shiny billboards
bedecking the roadways, to the festive sounds from the radio or the
the endless sea of periodicals and catalogs…
all singing the song of falsehood, greed and emptiness.

The quote from the book Living Among Lions, which I must confess I did just order,
sums all of this up so wonderfully—-Daniel offered us the best example—
“keep your gifts or give them to someone else….”
because Daniel neither needed nor wanted these earthly gifts offered by man.

So as you peruse those catalogs and fight the endless throngs at the mall,
or sit glassy eyed and glazed over while staring at the computer as you endlessly
surf and search for that which is to be deemed special and perfect….
all the while as those credit card totals rise and those debit card totals shrink….
be mindful that nothing bought will ever fill the need of both the heart and soul.

For all things bought will eventually break, be outgrown, fade, get lost, or become
quickly outdated.

In all of my years of service to my Lord,
I have discovered a truth that has never failed and has never been compromised.
That truth is that it is beyond the realm of possibilities that one has the ability
to out give God.
Even if I give the whole of my worth to Him,
He will find a way to give back to me much more than I gave.
Charles H. Spurgeon