Nobody has ever measured, even poets, how much a heart can hold. 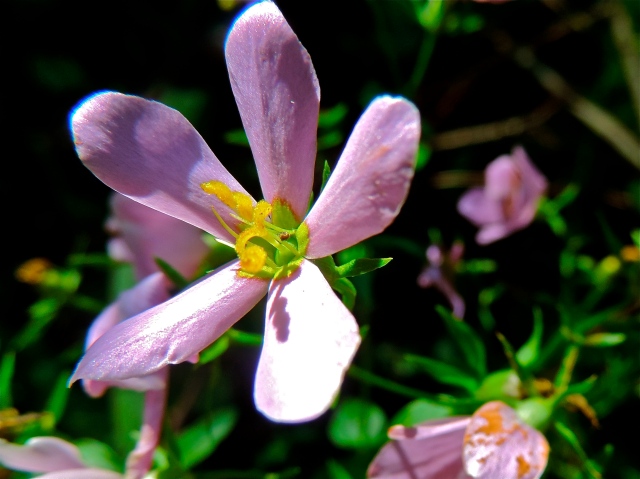 And yes that does indeed mean that yesterday was my anniversary.

So imagine my surprise and excitement when my husband called Tuesday evening to tell me he was going to be running about an hour late coming home for the day as he needed to finish up a few things at the store before heading home. Asking if someone had come in late, his reply was no, he was actually wanting to finish up a job which was to be picked up the following day- – – because, wait for it, he was hoping to take the day off.

Oooo, taking off tomorrow. . .Ooooo. . . as in tomorrow, our anniversary!

In 31 years, he’s never taken off on our anniversary.

Hummm, what’s up I wonder.

We had actually already gone out Saturday evening to celebrate the mark of our special day. He had business in Atlanta and as our son and daughter-n-law were with us, we decided to take them along with us out to eat—what could he possibly have up his sleeve on a Wednesday, as in the middle of the week?

You may recall that my husband runs his own business. He works 6 days a week 12 to 14 hour days and never, never, ever takes off.

And then it dawns on me.

I had accompanied him this past Sunday down to his deer land–helping him clear the roads as he bush hogged the property. We hadn’t finished the work and the tractor was still there. I bet money he’s wanting to go finish up in order to bring the tractor home.

So much for thoughtful romance. . .

I meet him at the kitchen door.

“So, you’re wanting to take off tomorrow?”

“Do you know what tomorrow is?”

“And you’re wanting to take off in order to do something for that?”

After not sleeping most of the night—remember, 54 year old women have no hormones and never sleep, and oddly after having the alarm clock going off randomly twice at midnight (who hit the freaking button by accident?!) and then having battled for just a shred of the covers throughout the entire night, as I sleep with a cover hog, I was finally, happily and thankfully buried deep within the covers as my husband had gotten up just before daylight, heading to the shower, leaving me finally some semblance of sheets and peace.

Suddenly the sheets are jerked off of my head as a shaving cream clad face peers into my “nest”—“HAPPY ANNIVERSARY!”

ughhhhh—as I pull the covers back over my head.

“Time to get up and get going while it’s still cool in order to work” he cheerfully chirps.

A cup of coffee and no shower later, we’re heading out in the early morning light for the hour’s drive south.

Once we reach our destination and unload a truck full of chain saws, limb cutters and saws, as well as unloading the Four wheeler from the trailer, my farmer alter ego husband hops on the tractor as I am instructed to follow behind at a safe distance–just so no rocks come flying out from under the bush hog aiming for my eyes or head. We slowly begin to make our way up the bumpy dirt road to the overgrowth he wishes to clear away.

Anniversary romance at its best—yep.

As the tractor rumbles up the dirt road, creating an ever growing red dirt dust cloud, I happily follow at a safe distance. As the always prepared girl scout, I’ve got my camera slung across my shoulder as I serenely rattle along taking in the cattails swaying in the gentle morning breeze. . .

. . . out of the corner of my left eye, I catch something small darting right for me when simultaneously I suddenly feel a searing pain penetrating my left shoulder.

“Damn biting fly” I grouse reaching back to shoo the blasted thing away when BAM, the same searing pain on my index finger with immediately multiple paralyzing stabbing ice pick pains to my left ear.

“AAAGGGHHHHHHH” I scream as I begin waving and batting frantically at my head.

Remember I’m driving a Four wheeler up a rough dirt road. . hands off the handles means I start rolling backwards.

Somehow I get the four wheeler stopped in the middle of the road as both arms are now flailing wildly in the air around my head.

All the while as my clueless tractor loving husband rambles further away up the dirt road.

Immediately I know my peril.

He ran over a yellow jacket’s nest!!!

I am now fully engulfed in searing pain as a frantic panic sets in, as the hyper speed dive bombers are unleashing their full fury on little ol me.

Run or ride, fight or flight?!

How I don’t recall, but I manage to drive the Four wheeler far enough up the road escaping the maddening assault of angry yellow jackets.

Yellow jackets this time of year, are terribly aggressive. They, like wasps, are able to sting over and over again unlike bees who lose their stingers after one attack.

I stop at the top of the hill wailing and thrashing in pain.

Like a wounded dog, howling in woeful agony, I feel as if an ice pick is repeatedly jamming in my ear penetrating into my brain. My finger is now twice its size and my ear, well–if i’m lucky, maybe it’ll fall off.

(it may not look it, but it is in mid swell, soon to give new meaning to blown up like a balloon)

Farmer Cook is now finally heading back down the opposite side of the road when he spies me draped over the Four wheeler crying and weakly holding my head. He panics thinking he’s slung a rock and I’ve been beamed in the head.

Oh that I should be so lucky.

“What” he irritatingly quips as he can’t hear over the roar of the tractor’s engine.

Tears streaming down my cheeks, I agonizingly shoot back “I’d be dead by now if that was the case!!”

“Maybe we need to go buy some cigarettes.”

“They say wet tobacco smeared on the stings helps”

You should know that we are miles back in the middle of the woods, far far away from any store, hospital or thankfully, cigarettes.

I suppose it would only be fair that I should tell you that he is taking me to the beach in September for a long weekend as a real anniversary gift, but on this particular afternoon, with a double sized throbbing finger, missing prescription sunglasses, and an ear now the size of a grapefruit with an ice pick constantly boring into my brain, I’m seriously rethinking what I did 31 years ago on August 13, 1983.