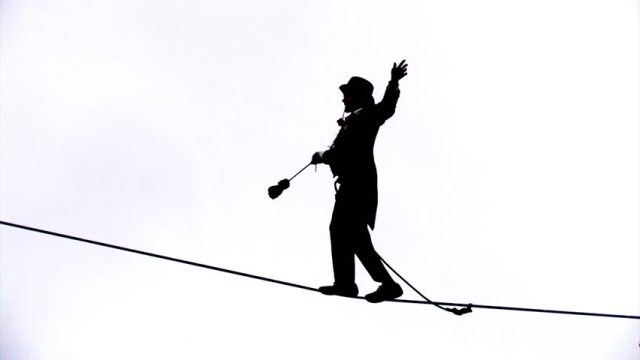 Have you ever just sat back and really watched some of the news out there?
And I’m not talking fringe news, I’m talking basic television sort of news.
And it matters not which side of the pond you are on or wether you’re in the US or
even Canada…
madness prevails and is not discriminatory…

Put aside your knee jerks and just take a minute to listen and watch….and you
might just catch yourself actually laughing…

As in the hysteria has really gotten quite comical… pathetic yes,
but comical none the less.

The punctuated adjectives and facial expressions of the
gravely concerned and actually accusatory news anchors has been some of the most
superb acting I’ve noted as of late.

And just to make certain we’ve touched all of our PC bases,
we shall now que the overtly sensitive snowflakes
and progressive liberals who would so wish to accuse me of belittling the
trauma suffered by the recently uncloseted abused or the merely confused.

And my response to you would be to remind you that I began my working career in
the late 70’s—
I know all about lecherous and inappropriate professors, co-workers and bosses—
so much so that my own tales could make your head spin…
So do not attempt to lecture me on being insensitive…
I just prefer to be more real…as in we live in an imperfect and very broken
world.

One again I was listening to and reading two of my most favorite men of the cloth,
Pastor David Robertson and the Rev Gavin Ashenden, and their collective takes
on the latest madness regarding the implosion currently happening
in Hollywood, the Entertainment industry and even our Political circles
regarding the who’s who of the abused.
And I say “our” as a collective sort of Western Civilization ‘ours’…..

The who–or more like the who, who after 20 years or so, has come forward offering
tales of scandalous proportion.
As we only thought Bill Cosby was bad….
For it now seems as if the flood gates have been
opened and the dam has been released—-as everyone is currently racing as far
away as possible in order to now distance themselves one from another…
tripping over one another in the process as most anyone who is someone is now
considered a Typhoid Mary.

Add to this the latest lunacy over all things sexual….
as in what sex do you wish to be today and well…. we’ve created our own bit of
sideshow entertainment for the modern world.

I do not say any of this to lessen the real and actual traumas experienced by those
who have been sadistically abused at the hands of those they’ve loved, trusted and or admired…as there are many genuine individuals who have been hurt and continue to hurt…but the current onslaught showcased each evening on the nightly news has become something of epic pandemonium.

And maybe that’s the thing…

In Christianity we are not surprised, let alone shocked, by the news and tales of
fallen and sinful man and or woman doing just that—being fallen…or broken
and in turn being very sinful because we know that all of mankind,
and yes that includes womankind for those so obsessed with the use of words,
is all fallen and therefore very broken and in great need of healing.

We also know that there is true evil that runs rampant on this planet.
So whereas we of the Faith may be horrified, sickened and very saddened,
we are not shocked nor are we surprised.

The other thing in all of this is that the world, in the words of Bishop Ashenden,
“doesn’t make use of repentance and reconciliation”—
the world rather involves itself with that of power and position rather than grace
and mercy.
According to the good Bishop, “in the world, the room for grace is dreadfully
minimized.”

For this the current exposed misuse of the powerful as well as this
latest war of genderism does not surprise Christians nearly as much as it seems
to surprise news outlets and secular society because the majority of the
Christian faithful are well aware of both sinfulness and human frailty.

Yet the world would prefer that we “accept” such sinfulness and frailty
as the status quo of living—refusing to acknowledge any of it as sinful living
or living counter to the Word of God—
as the world would simply just rewrite said Word of God to suit her own
struggles, brokeness and sinfulness.

And perhaps the most disconcerting business in all of this is that the Church,
the church with the big C as in the collective Church,
has allowed herself to be modeled on the basis of the world–
as in what the world deems acceptable or not… and not rather on what Christ
himself has stated as acceptable and not….

And in her lack of intervention, when she and her leadership should have
intervened in some of the most grievous areas of abuse, she opted rather not
to do nor say anything when it was obvious that brokeness had made its way into the
both the clergy and the fold. She opted to remain silent…
further distancing herself for the very souls who needed her.
And in turn fueling the ire of an already leery and angry world.

And this has been a severe ‘dereliction of duty’ and most grievous offense to
a world that she had been entrusted to rather lift up her light unto….

So whereas those in the news circles and those power brokers of all things
entertainment and political are now seen to be running around like a bunch of chickens
with their heads cut off, the Faithful have been steadfastly praying for Grace,
Mercy and Salvation….

Because we know that in all of this latest brouhaha and sheer pandemonium of the
dominos falling of those large and powerful, along with the not so large and powerful,
that the only Hope and the only healing is to come from Jesus Christ, and Him alone.

And on that note, I leave you with a link to this week’s posting by the Wee Flea–
the Scottish Pastor David Robertson…as well as the offering from Bishop Ashenden

Melanie Phillips writes in the Times: ‘ The Church of England is sowing the seeds of its own destruction’; re- Lorna Ashworth, Gavin Ashenden and Joshua Sutcliffe.