“The soul is healed by being with children.”
Fyodor Dostoyevsky 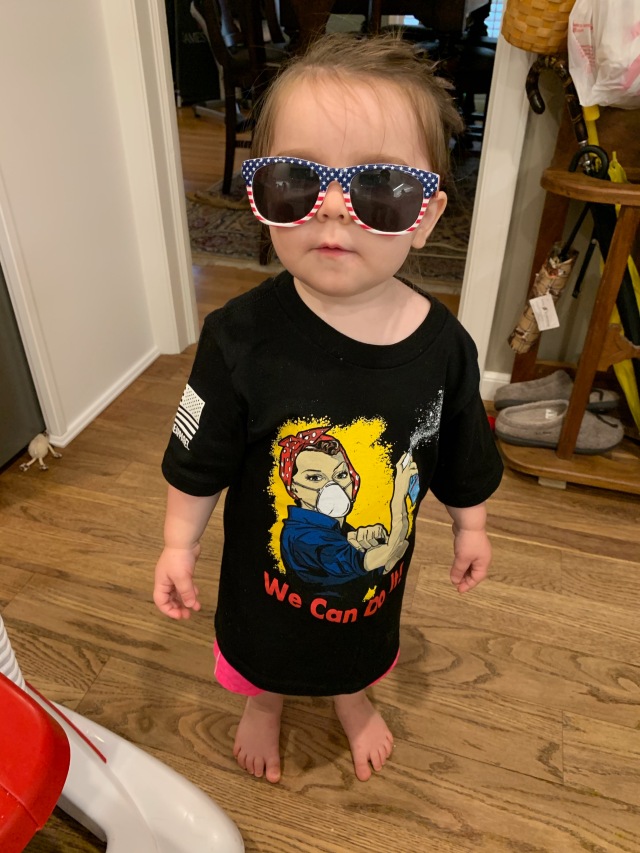 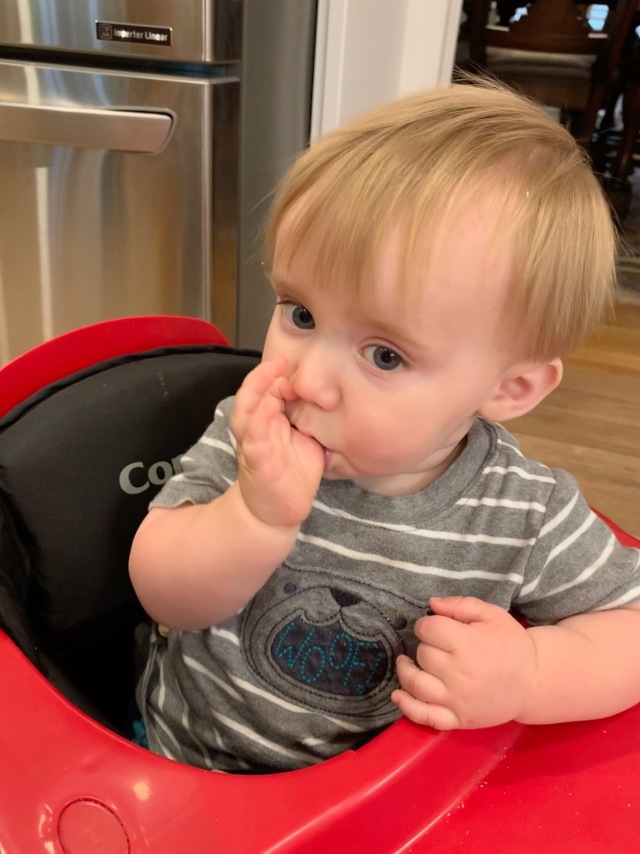 I’ve been back in Atlanta for the last several days.
There was a 6th-year anniversary celebration that required a babysitter.
Then there was a Monday morning doctor’s appointment that also required a sitter…

So while the world has been literally burning down all around me…seething and reeling in
anger and hate…
I got to thinking that it is in the company of children that I now much rather
prefer myself being.

Children are quite apt and exceedingly quick to spot the insincere, the mean, the deceitful,
as well as the unkind.

They see folks as folks—matters not their skin color, their politics, their bank account,
their beliefs…they simply know who is truly truthful, kind, and genuine…

Yep, I think I’ll stick with children.
A much more tender, sweeter, and wiser lot.

Through the praise of children and infants,
you have established a stronghold against your enemies,
to silence the foe and the avenge
Psalm 8:2

As a result of Christ’s salvific work, man exists on earth with the hope of
eternal life and holiness.
And even though the victory over sin and death achieved by Christ in His cross
and resurrection does not abolish temporal suffering from human life,
nor free from suffering the whole historical dimension of human existence,
it nevertheless throws a new light upon this dimension and upon every suffering;
the light of salvation.
Pope John Paul II (Salvifici Doloris) 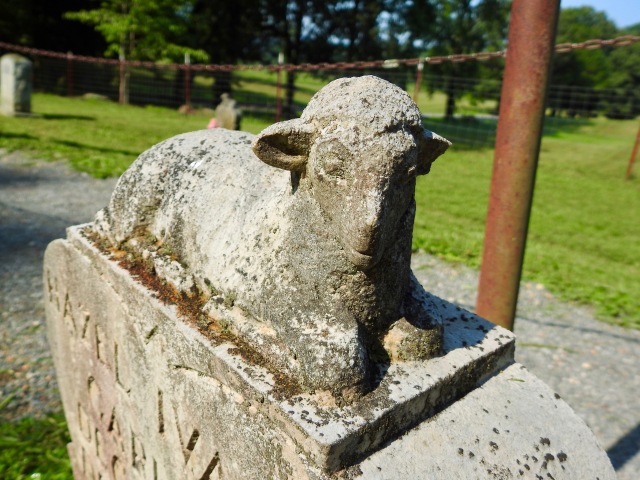 Today, I had tagged along with my husband as he went down to check on his deer property about
an hour south of home.
And you must note that this is deer property and not dear property…
but perhaps the deer are dear to him…

As I was perched on the back of a 30-year-old Honda four-wheeler, sitting on the “luggage bars”
hanging on for dear life, I felt each rock and downed limb while riding along
the rutted and washed out pig trails…

Bouncing up and down while holding on with one hand while swatting down the spider webs
with the other, webs we kept managing to run smack dab in to…webs strung across the paths
each filled with a giant brown spider sitting in the center hoping for passing insects and
not swatting humans…all the while dodging the saw-briars and
bramble vines readily tearing into any exposed skin…my mind started to wander.

My husband has had this land throughout most of our 35-year marriage…
So to say that I’m pretty familiar with its nuances…its creeks, streams,
woods, and fields would be an understatement.

I thoroughly enjoy traversing such areas…be they close to home or much further away.

Today I thought back to when I rode my aunt on these pig trails in my husband’s Polaris…
think glorified golf cart for hunters but with an engine.

Living in south Florida as she did, being afforded the adventure of riding the trails
on some woodsy and quite hilly property was a real treat.
She’d hold on, like a kid, as we scooted up and down in the middle of nowhere,
enjoying every minute.

I felt warm tears forming while I was still holding on for dear life thinking back over
the adventure I’d shared with her…here.

Obviously, I miss my aunt.
The only member I had left to mother’s branch of my life’s tree.

As there is just so much of what I mindlessly do day to day that my aunt had most often
been along doing with me…going through my mindless motions most often right by my side.

So when suddenly that person who just seemed to always be there is no longer there, well
every little reminder is like those briars…just ready to prick the flesh of the heart.

These thoughts circled through my head as I had just earlier seen a breaking news story
that authorities in Iowa believed they found the body of the young college girl Molly Tibbets
who has been missing now for a month.

And immediately following that breaking news came the news of a more local story
about a missing young college grad who’d gone kayaking on a family camping trip last week
at West Point Lake and whose body was recovered today from what authorities are now saying
was a suicide.

Families, friends, and entire communities now must deal with the haunting questions…
the what ifs, the would haves, should haves, could haves all of the unknown.

And so it seems that today I am reminded, be it for good or bad, of death and evil…
as they just so often seem to walk hand in hand.

Death, loss and the looming presence of evil, that is so often connected to such,
are often the game breakers of people’s faith.

Even the great Christian apologist C.S. Lewis wrestled with the same quandary and seeming
madness over the death of his wife as he riled at God for the loss while famously
lamenting…
“Meanwhile, where is God? This is one of the most disquieting symptoms…
But go to Him when your need is desperate, when all other help is in vain,
and what do you find?
A door slammed in your face, and a sound of bolting and double bolting on the inside.”

Yet over time, Lewis came to realize that God’s love remains a constant whereas life
is what remains in a constant state of flux.

On our recent trip to the mountains and that of Cades Cove, I mentioned that we visited
the old Methodist Chruch that has existed in the cove since the early 1800’s.
The old cemetery still stands and I’ve learned that living relatives of those original
founding families may still be buried in the Chruch’s cemetery if they so wish.

Surveying the tiny little cemetery, whose markers date back to the turn of the century,
I was struck by the smallest of markers…markers I know that denote the graves of children.

For one family alone there were three little headstones all lined up in a row,
each with a little carved lamb sitting on top. 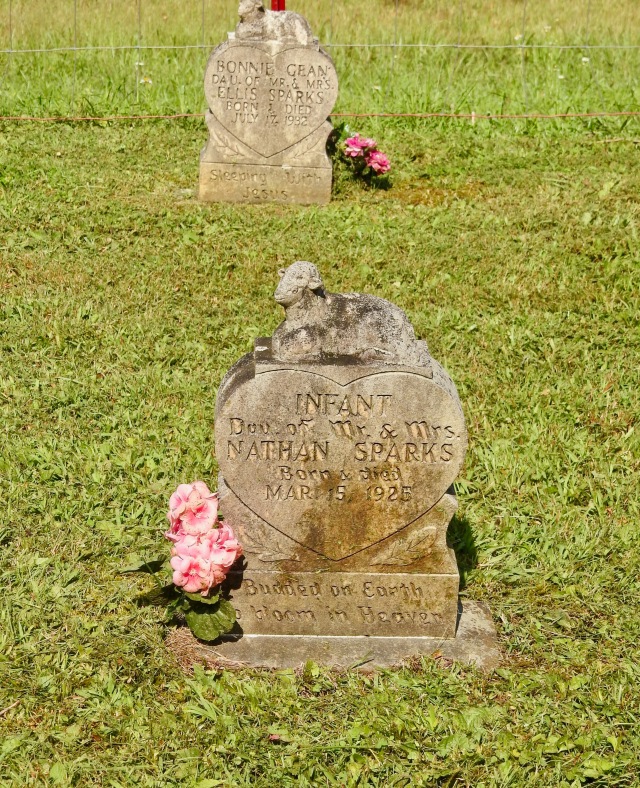 This particular collective family lost three infants over an 18 year period.
Many of the infant’s dates denote the birth and death as being the same day.

Life was difficult, precarious and often short back in this lonesome and far removed cove.

I know the pain of loss…but not the same pain and loss of those whose loss has come from
violence and that of pure evil.
Yet what I do know is that all death, and that of the ensuing losses, are all associated
with evil…
because death, the permanent loss of life, is simply the absence of …
with evil being the void.

Robert Velarde from Focus on the Family puts it this way:

Solving the seeming contradiction between a loving God and the reality of evil
is usually referred to as a theodicy.
A theodicy attempts to solve the apparent tensions in what is often termed the problem of evil.
But the problem of evil is really a series of problems.
Like many large problems, sometimes it is helpful to break them down into their components.
Evil, you see, actually extends not only to the moral world, but also to the natural world.
When human beings do bad things to one another, this is moral evil.
But so-called natural disasters are often considered evil as well because of all the
suffering they cause.
Earthquakes, tidal waves, floods, and so forth,
are all examples of what might be termed natural evil.

One helpful approach to solving the problem of evil has to do with defining evil.
Christian thinker Augustine defined evil not as a thing in and of itself,
but as a parasite on good.
Something that is lacking is not a thing in itself.
For instance, if you have a hole in your jacket,
the hole is not something, but rather is something that is lacking.
Similarly, Augustine considered evil something that is missing.
Indeed, it requires good to exist because it is a parasite.
In this sense, Augustine defined evil as a privation–
a lack of something–rather than a thing or substance.

This solves some important criticisms.
If evil is not an actual thing,
then God cannot be the author of evil.
God is the author of good, but we make moral choices that result in evil.

At some point in all of our lives,
we will be faced with walking through the lonely dark valley of death.
We will hurt and we will raise an angry fist to our unseen God…
some of us will walk away in bitterness and anger while some of us will hold onto the
One who persists in offering saving Grace…despite the pain, the sorrow, the tragedy
of loss, the violence, the accidents, and eventually death…

With the Fall of man…the consequence was not simply pain during childbirth or slithering
snakes or nakedness, nor knowledge…it was and is death.
And in death resides a void of separation…that void is the true consequence.

And in this void of separation precipitated by death, there resides evil…
because a void must be filled…and thus this void was filled by evil.

There was never supposed to be death because death was never God’s intent…
but by offering freewill to the created, the result, as He knew, was inevitable.
And therefore evil filled the void…
the void, created by isolation and separation,
separated the created from the Creator by means of a void.

Enter the necessity of a Savior to bridge the void.

Death and evil will remain on this earth as they fill the void created by a Fall…
yet through God’s Grace found in the sacrifice of Christ…we know death and evil
are not only conquered but actually vanquished…for all eternity.

In her book The Catholic Table–
Finding Joy Where Food and faith Meet
Emily Stimpson Champman sums it up best:

“God revealed to the Israelites why, for all his goodness and the goodness of creation,
things didn’t always seem good. Sickness, death, war, destruction–they didn’t belong to the
original plan. God created man to live in harmony with both him and creation.
But, because God wanted man to love him freely, he gave man free will, the capacity to choose
between God and self. Man chose self, and in doing so, he chose death”

And so we live earthly with our selves and our consequence while knowing there is,
in the end, a beautiful solution.

Special Grace (or a better term Salvific Grace) is the super grace by which God redeems,
sanctifies, and glorifies his people. Unlike ordinary grace, which is universally given,
special salvific grace is bestowed only on those whom God elects to eternal life through
faith in Jesus Christ. (Act 13:48)
excerpt from God’s Ordinary and Salvific Graces