For all intense purposes…the calendar date reads December 6th—well past October.
But this was my lament and statement back in say, June…

Let’s back up a tad…

At the end of spring and the start of summer, we had finally decided to “makeover” two
of the three bedrooms upstairs that were long in need of redoing.

The third room that was already up to speed, is our guest bedroom.
A room that we had lovingly dubbed “Martha’s room”
as it was where my aunt would stay when she’d come to visit.

Of the other two rooms–one had been out son’s room.
A room he vacated, for all intent purposes, in say…2007…upon high school
graduation.

He occasionally returned throughout college for a few extended stints
before heading off to a fraternity house and later various apartments…and blessedly
basically forever upon graduation.

He is now married for almost 6 years, with two kids…
I think we were safe and in the clear for changing out the room.

However, that’s not to say that the door doesn’t always remain open should a need ever arise…
but it’s just that the content is now drastically and delightfully altered
as the room has been brought up to speed.

The other room had been pretty much a catch-all for things such as a
weight machine (something our son never seemed to think much of in order
to take it with him when he finally moved out–sigh),
along with boxes and boxes of files that had been dad’s world, of which I inherited
when he was no longer able to care for himself.

However, it now irks my husband to no end that I went to a great deal of trouble,
not to mention expense, decorating and arranging with some wonderful old pieces
I’d found, just to simply continue using the kitchen table for my “workspace.”

He, on the other hand, uses the office religiously.

When he retired, he was accustomed to having had an office.
A place where he kept his files, bills, notices and where he sat down
to pay bills and do paperwork.

On the other hand, as a teacher, I was used to simply grabbing space at a clean table.
Hence, my affinity for the kitchen table.
I also like the wall of windows in the kitchen which provides ample light.
Much like my classroom use to provide.

I did have an “office” but “the office” consisted of a computer table with the bulk of the
room being, more or less, storage space and where we housed the kiln.
I, therefore, preferred the open space of the classroom.

For a while, following dad’s slow demise, my home “workspace” was moved to the dining room
table as the papers and boxes were growing exponentially and the kitchen was simply not the place.
Following dad’s death and the gutting of the two rooms, I moved dad and my
“stuff” to the new office.

Since the closets in those two made-over rooms were now basically gutted,
I thought I would store a few of my more cherished and ancient family Christmas ornament
boxes in the two vacated closets.

“Get them out of the attic,” I told myself.
The summer heat, in a house’s attic in Georgia, is deathly.
The winter is equally as harsh.
Not the place to store things of “treasure” but sometimes
that’s all one has.

The boxes contained much loved and long passed down ornaments.
With each ornament telling a story.

One box contained the porcelain Christmas angels and tiny nutcrackers I’d been
collecting since I was in high school.
Gifts along with those offered by long-gone family members.
Boxes that always quickened my heart each Christmas when I brought
them out to the tree.

I thought the move out of the attic would help their survival.

Do we call that the best-laid plans…????

Almost as soon as I moved the boxes to the closet, I placed one on a shelf
in order to come back when I’d next move in a few more, allowing for me to
rearrange my sorting.

Suddenly, there was a loud crash.

Before even looking, I knew.

Sure enough, the porcelain angel box was on its side as pieces of angels were
strewn across a closet floor.

I opted to play Scarlett–for tomorrow would be another day… 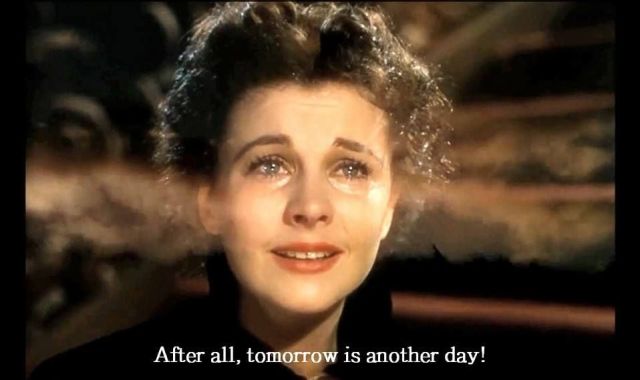 I uprighted the box, scooped up all the pieces, dumping them back in the box,
all willy nilly, and closed the top…
I stopped long enough to announce aloud to no one but myself,
I’ll worry about this little disaster in October.

The small disaster was more than I could deal with or bear that day.
Or seemingly any day thereafter.
I dreaded what I would find and I dreaded the meticulous gluing that would ensue.

Well as time past, I kept reminding myself about October.

I have decided there will be no tree this year.
The first treeless Christmas in 60 years of my life.

Nor is the manger scene box unpacked or moved from the closet.

It’s not so much over the broken bits and pieces of my Christmases past but
really because the kids won’t be able to come home before
Christmas comes and goes as both work and other demands of time will keep them away.

The plan is that we will go up on Christmas Eve to spend the night.
And I’ll go up in about a week to get the kids and help out at home.

The tree is a pain to haul up from the basement–it’s large and cumbersome.
The decorating requires various ladders.
Not to mention the hauling of the ornament boxes down from upstairs.

The fluffing of the tree, the sorting, and unpacking of the ornaments—
only to turn around and pack it all right back up.

A friend of my husband’s had offered to help him haul up the tree but I told him
not to worry.

“I don’t think we’ll put up the tree this year.”
“But why?” he implored.
“Because no one will be coming home, it’ll be just us.”
“Well, the two of you can enjoy it”
“Well, it’s an awful lot of work for just two people to stare at.”

The jury is still out, but I’m pretty certain there will be no tree…

One day, some cold rainy day, I’ll pull out that box of
debris and start gluing things back together…

But for now…I did at least manage to get the lights and decorations up outside…
so no one passing by the house is any the wiser that on the inside,
only the stockings are hung by the chimney with care.

Oh and by the way, my son stole the stockings I had made for his little crew…
they’ve been spirited off to Atlanta only to hang on the same mantle
my stocking once hung…
So the stockings I’ve hung are quite the hodgepodge.

Hummmmm…
maybe Ebenezer was right, “wouldn’t it be better if I just
went home to bed?”

Ebenezer : [to the Spirit of Christmas Yet To Come]
I am standing in the presence of the Spirit of Christmas Yet To Come?
And you’re going to show me the shadows of things that have not yet happened but will happen?
Spirit of the Future, I fear you more than any spectre I have met tonight! But even in my fear,
I must say that I am too old! I cannot change! I cannot! It’s not that I’m inpenitent,
it’s just… Wouldn’t it be better if I just went home to bed?

“Our freedom always has this marvelous power to make what is taken from us—by life,
events, or other people—into something offered. Externally there is no visible difference,
but internally everything is transfigured: fate into free choice, constraint into love,
loss into fruitfulness. Human freedom is of absolutely unheard-of greatness.
It does not confer the power to change everything,
but it does empower us to give a meaning to everything, even meaningless things;
and that is much better. We are not always masters of the unfolding of our lives,
but we can always be masters of the meaning we give them.
Our freedom can transform any event in our lives into an expression of love,
abandonment, trust, hope, and offering.”
Fr. Jacques Philippe, p. 58
An Excerpt From
Interior Freedom