“Do not spoil what you have by desiring what you have not;
remember that what you now have was once among the things you only hoped for.”
Epicurus 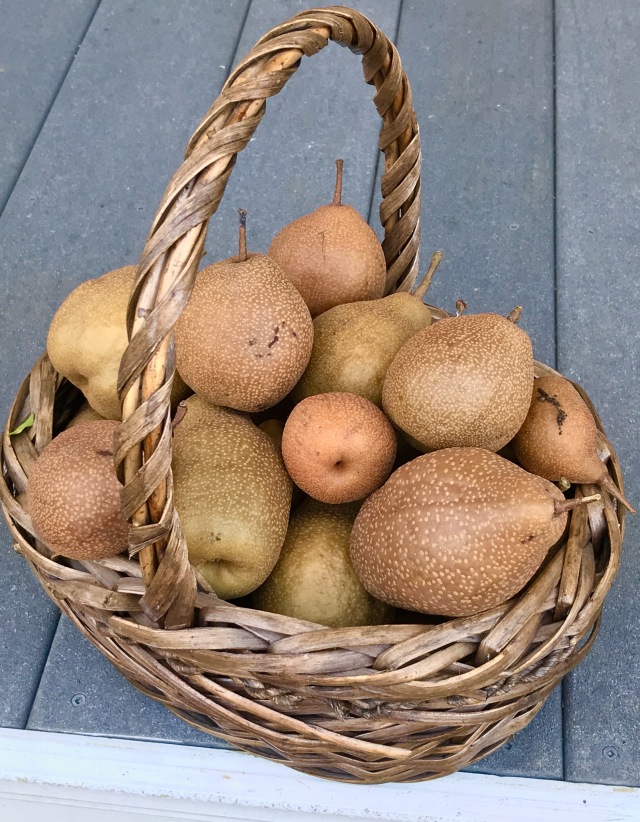 Late September, here in Georgia, is no more reminiscent of what Fall should be
than that of a palm tree currently living and thriving in Alaska.

Granted the weather gods are telling us that “it’s going to feel like Fall
come tomorrow, yet they preface that with,
but we are still well above the typical highs and lows this time of year….

Throw in the recent sightings of rabid foxes in our county,
the continued proliferation of the fire ants,
this being the most active time of year for yellow jackets, along with the increased chances of running into a copperhead or rattlesnake while working in the yard and most
sane folks would continue hunkering down indoors hoping that
October may be more of a welcoming month for outdoor adventure.

My husband, I know, would have told me “no, don’t do it.”
He would have said stay out of those woods, especially wearing those sandals,
not unless you want to be covered in ticks and bit by a snake.

But he wasn’t home to say those things so it was an out of sight out of mind sort
of moment.

I had to get outside and start the process of digging up and removing the dead,
dried up remnants of summer.
I had to cut back, dead head, and just rid my visible world of the reminders
of what was once vibrancy and color…all of which is now just hot dried up death.

Living on what was once mostly pasture land surrounded by woods, I usually haul my
“debris,” aka cut back dead things, to the woods….to a “compost” pile that never
composts like it should. My husband calls it a brush pile. I like to be cutting edge…
hence, a compost pile…

I also happen to know that there is a lone pear tree deep in those woods
that, this time of year, usually bears pears…albeit every other year—
but I was pretty certain this was the year.

Leaving the safety of my yellow wheelbarrow perched along the edge of the woods,
I gingerly picked my way into the woods….very conscious of the recent tale of
rabid foxes, active snakes and hungry ticks.
As my shorts, tank top and chaco sandals would be no match for the briars let alone
rabies, deadly venom or Lyme disease.
Did I mention the giant spiders?

Spiders who seem to think fall is the season to built profuse webs spanning the entire
expanse of woods so you can walk right into a web and have a full web and spider
stuck on your face.

The sun was cutting down through the trees, light glaring down upon the wood’s
floor, as I turned my head upward searching the overhead branches.
Squinting with my hand held over my eyes, I scanned the heavens
for the objects of my desire.

And there they were.

Giant heavy brown orbs hanging low amongst the leaves.
The tree was ladened with “wood” pears.

I’ve written about wood pears before.
They are wild pears that grow obviously, in the woods….
hence why I call them wood pears.
That is not a scientific name mind you, just an observational name.
They are as hard as rocks, never ripening like a normal pear would
and even the deer and squirrels won’t eat the wood pears.

I did read once that some folks will stew them down in an attempt to make jam,
but my husband has minced no words when quickly telling me not to bother
because he’s not about to eat something that even the wild animals find
disdain over.

Yet the pears beckoned.

I looked around on the wood’s thick debris covered floor, careful as I pushed aside accumulated leaves with my mostly exposed feet as I searched for any early
fallen pears.
The remnants of an old barbed wire fence sinisterly peeked out here and there as
I was careful to avoid adding tetanus to my list of wood worries.
A few pears had indeed fallen as the ants had also found those pears.

Finding a stick I attempted hitting at some of the lower branches,
knocking a few pears to the ground—being very careful that they didn’t hit me
on the head as they would probably have knocked me out as they are that hard.

I gathered about 10.
But the tree was loaded.

I knew I was going to have to find something else that was both long and tall in which
to knock down those low hanging pears on the branches closest to my reach, yet frustratingly out of reach for my stick.

Obviously not satisfied with a bucket of 10 or so pears,
I trapsed back to the house to gather a long rake.
I kept hearing the admonishment of my husband ringing in my head,
as I was wondering what I would do if a copperhead bit my foot while my cell phone
was back at the house.

But the tree was loaded, beckoning for me to get more.
Decorative purposes only, yet I wanted more pears.

And that’s the thing…

These pears serve absolutely no purpose other than being decorative.
And here I was willing to risk life and limb in order to gather them up.

Yet what of a quest of faith?

What lengths would we go to seek God?

Would we risk life or limb to seek Him who has called us by name?
Would we strategize and scrutinize what was needed in order to procure
Him as our own?

Perhaps it’s time we all rethink our desires….

“Behold, days are coming,” declares the Lord GOD,
“When I will send a famine on the land, Not a famine for bread or a thirst for water,
But rather for hearing the words of the LORD.
Amos 8:11