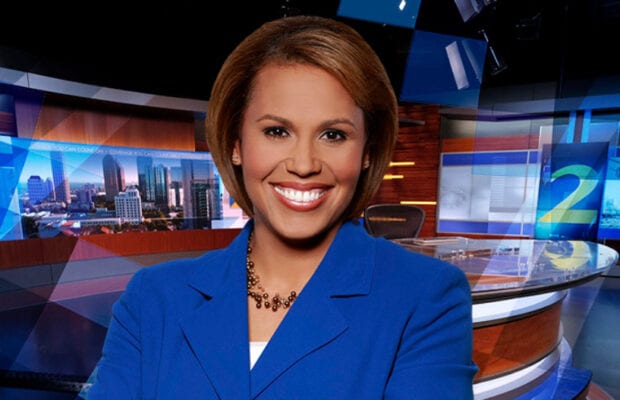 It was a chilly, grey, rainy Friday morning.
Not exactly a conducive day nor conducive weather for traversing the maze
of interstates leading into the massive city of Atlanta.

However, as oddly as it seemed, the knotted network of roadways actually
flowed better than they normally should.

The weather, however, pretty much reflected the somber news
Atlanta had woken up to earlier that morning.

One of the few remaining good ones had passed away Thursday night.

It had been the heavy responsibility of Channel 2’s news anchor
Justin Farmer to share the heartbreaking news Friday morning
that his friend and colleague Jovita Moore had lost her battle with cancer.

Perhaps you think it might seem like an odd thing for me write a
post about…that of a news anchor’s death from cancer….
but what I want folks to know is that Jovita Moore was not just any
old news anchor, reporter or journalist.
She was one of the good guys…or is that good gals?

We are currently living in a culture that is rife with fake news, lying
journalists and overtly biased reporters.
Foaming at the mouth is more apparent than at any other time
in the history of the industry.

Journalism is now considered a caustic profession.
Scoops and stories are spewed out at the cost of any and all facts.
Skewed is the name of the game.

Truth is one of the first casualties these days from
both liberal and conservative journalists.
Neutrality no longer exists.

However it did with Jovita.

Truth mattered to Jovita.
As did an always upbeat and positive demeanor, when she’d take
to her desk each evening in order to report Atlanta’s and the nation’s news.

She was well worth turning on the evening news for as she delivered the facts
and the climate of the times, with a professionalism that is now as rare
as an extinct species.

Kindness marked her delivery yet she could be tough when the need
called for it.

That toughness was called upon back in the Spring, back
one day in April.

Jovita had run to a local grocery store one evening following
her newscast. Suddenly she realized that she was about to pass out
in the parking lot.

Her head was swimming.
And she had noted that she’d been a bit foggy as of late.

A trip to the ER offered some telling news.
There were two small tumors in her brain.

There was surgery and she offered her own update.
Positive and even cheerful as always.

However, the biopsy was not what anyone had hoped for.
She had an aggressive form of brain cancer.

The city, and even the state, held a collective breath and began a link
of prayer…a diverse city and state all gathering heart and soul
for the sake of one of their own…just another Atlantan, just another
adopted Georgian.

Jovita lost her brief battle Thursday night.
She was only 53.
She was surrounded by her mother and three children.

The link to her story is below.

The world always seems a bit less bright when one of the good
ones goes home. 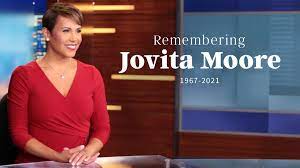