“We have created a nation filled with too many perpetual children—
Peter and Patty Pans—who were brought up getting trophies for participating in sports,
instead of winning, protected from the supposed horrors of being ranked
by grades and scores and sold corrosive message by the likes of Barack Obama
and Hilary Clinton that everyone deserves every kind of support,
regardless of the level of education they have or the work they put forward.”
Dr Keith Ablow

“Dreams do come true, if only we wish hard enough.
You can have anything in life if you will sacrifice everything else for it.”
― J.M. Barrie 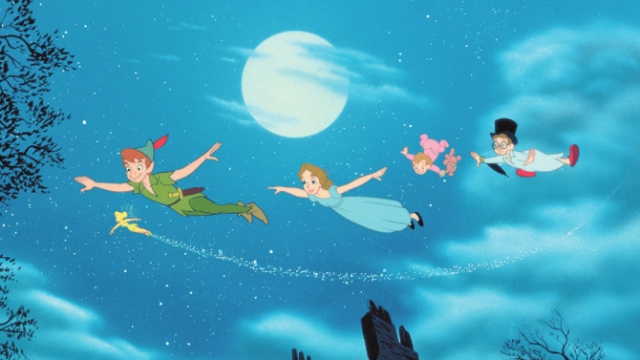 After yesterday’s post regarding the whole concept of disrespect effecting a
large swarth of our younger generations,
a story I had read last year came flooding back to mind.
It was a story written by a psychiatrist about the troubling phenomenon that we are
currently witnessing within our more youthful generations.

It is known as the Peter Pan effect…
as in, a generation preferring never having to grow up.

As in why should they….
life is pretty darn cozy remaining irresponsible,
being taken care of,
forever youthful,
beautiful,
always being reminded you are special…
ad infinitum….

But we mustn’t blame merely these young people who we’ve recently watched on
various college campuses protesting, marching, demonstrating,
refusing to attend class, walking out of class,
throwing benches through plate glass windows of campus buildings
as an all out temper tantrum has taken hold across this nation….

No, it is not really their fault.

The truth be told, those of us of the older generations shouldn’t be staring at our
television sets…those sets carrying the news stories of the troubling images
of the young gone amuck…
all with our eyes popping out of our heads as we are alarmingly heard to shout
“What in the heck is wrong with these kids??????….

For the truth be told it seems to be the fault of none other but us older generations—
Those parents and grandparents out there who bought into the notion,
hook, line and sinker
that molly coddling was kinder than tough love.
That “yes” was better for the self esteem than “no”
That television,
gaming stations,
video games,
video which became DVDs,
to iPods,
to iPhones,
to computers,
to tablets…
were all better than our personal undivided, undistracted and undistorted attention…

Just throw another trophy or award at them and let everyone win,
and it’s all good we thought.

While we were busy being “us” and finding ourselves,
spreading our own wings and doing our own things…
our kids, who were being raised at arms length by a group of people who decided
to become hovering helicopters in order to make up for our absences during
the more crucial moments…
well we just may have had a hand in these current shenanigans…

Maybe when we decided God wasn’t real, traditional families were passé,
patriotism was old fashioned and morality no longer current…
maybe, just maybe that was the beginning of our troubles…..

But as for you, continue in what you have learned and have become convinced of,
because you know those from whom you learned it,
and how from infancy you have known the Holy Scriptures,
which are able to make you wise for salvation through faith in Christ Jesus.
All Scripture is God-breathed and is useful for teaching, rebuking,
correcting and training in righteousness,
so that the servant of God may be thoroughly equipped for every good work.
2 Timothy 3:14-17

Discourtesy does not spring merely from one bad quality,
but from several–from foolish vanity, from ignorance of what is due to others,
from indolence, from stupidity, from distraction of thought,
from contempt of others, from jealousy.
Jean De La Bruyere 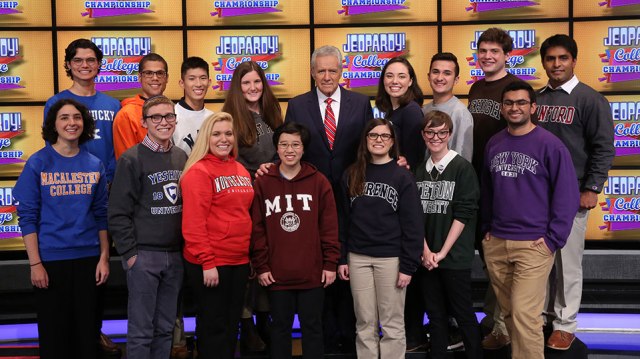 (the 2017 Jeopardy college championship, with our little friend from Stanford on the far right)

I’m pretty certain that I’ve rambled on about this little topic before…
and here I am finding myself, once again, addressing the whole
notion of respect vs disrespect, morality vs immorality…
as I caught a little story in the news this morning that has left me troubled…

And it seems as if the story centers on, of all things, the college
championship competition on Jeopardy…
as if sadly, nothing is currently off limits…
particularly when it comes to this notion of respect…
even the benign bastion of all things related to trivia being apparently fair game…

Disrespect, which actually walks hand in hand with it’s first cousin immorality,
as in each are the mirror effect of respect and morality,
are two negative human traits that if left unchecked, unaddressed….
two actions that left either ignored or simply tolerated,
are two of the key undoings of any society.

Throughout much of the history of humankind, it has been the youthful ones
who have had the most trouble with these two notions…
that of both respect and morality.

There is a time in all growing up when these two choices, or perhaps more aptly put,
decisions in behavior, come powerfully and dangerously into, well, jeopardy.
Be it testing the waters with a devil may care lifestyle,
the growing pains found in a struggle for independence or simply part and parcel
of growing up… that time period between late adolescence and early adulthood
is a murky pool swarming with defiance, emotional roller coasters and lots of
poor choices…

In times past, society had done well to nurture its angst filled youth through these
troubling waters…
today however, we are witnessing a dangerous anomaly taking place on
college campuses all across the country….
An enabling of the molly coddling coupled by a dangerous ideology of a liberal manifesto
found not in what was once considered to be the bulwarks of higher education but rather
now found in places that are considered nothing more then dens of iniquity.

Society now not only tolerates the anger filled intolerance of the self-centered youth,
it is embracing it and them with a heinous zeal while affording these young people the
luxury of living a Peter Pan type of lifestyle…as in never having to grow up and
accepting responsibility for the poor choices of their negative actions.

On this particular Jeopardy episode, three kids from various colleges were competing
for the college championship.
During the brief meet and greet portion of the show, Alex asked each student
a question allowing them a brief time of explanation.

One nice looking young man from Stanford was asked a question about his major.
While answering Alex’s question, this young man was, it appeared, to be not only
talking with his hands as he responded to the question,
but one hand was actually raised while he was coyly shooting a bird for the cameras.
For roughly 10 seconds, this kid talked while shooting a bird on national television.

I actually saw this particular episode and never noticed.
But why would I….
why would I think a competitor would want to act like a fool on a national platform?
Alex apparently didn’t notice either.
But Twitter noticed.

Someone tweeted out about the incident with the student quickly responding,
“damn right I did”

Now why pray tell would some kid, who is sporting the sweatshirt of his college,
proud to be representing his college in a national televised competition want to
show his butt by shooting a bird while casually explaining his college major
to the host of the show?

I was angry.
Mad at this blatant act of total disrespect to not only Alex the host, but to
the crew, this student’s fellow competitors, his parents, the audience..
both in the studio and those of us at home.

So now, as a society, do we decide to tolerate this cheeky kid’s behavior?
Do we choose to ignore his disrespectful behavior?
Do we opt to laugh it off as merely brash?
Do we simply chalk it up to youthful ignorance?
Do we shrug it off as just a kid being kid…?

Or do we say enough.

Do we say grow up kid.
Man up, as it were.
Step up to the what it means to be and act like an adult.
Do we respond with a “you think you’re so smart, then act it?”

Maybe his winnings should be forfeited for his disrespectful behavior…
Maybe Stanford should be reminded about the type of “ambassadors”
they’re sending out as representatives of their fine institution of all
things educational.
Maybe it would behoove all of us to recall that actions, all actions,
have consequences…
instead we’ve chosen to turn a collective blind eye to
poor behavior….

Having a lack of respect leads not merely to the obvious opposite of disrespect…
but rather it leads to contempt…
contempt of both one’s self as well as others…
eventually leading us all down the chaotic path to the loss of soul
found only in anarchy.

“Woe to you, teachers of the law and Pharisees, you hypocrites! You shut the door of the kingdom of heaven in people’s faces. You yourselves do not enter, nor will you let those enter who are trying to.

“Woe to you, teachers of the law and Pharisees, you hypocrites! You travel over land and sea to win a single convert, and when you have succeeded, you make them twice as much a child of hell as you are.

“Woe to you, blind guides! You say, ‘If anyone swears by the temple, it means nothing; but anyone who swears by the gold of the temple is bound by that oath.’
You blind fools!