“Haven’t you ever thought of living
unconsciously like bears, sniffing the earth,
close to pears and the mossy dark,
far from human voices and fire?
Nâzım Hikmet Ran 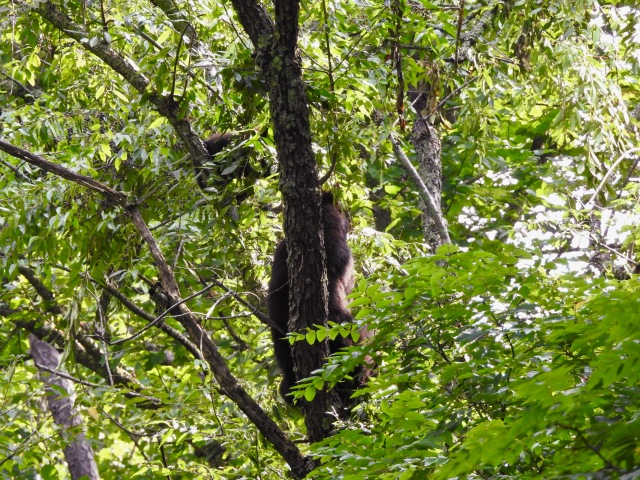 Some folks would say it’s the sign of an impending cold winter…
What with the numbers of bears we’ve seen in just a two-day span, gorging themselves
on berries and apparently the prolific wild cherries that grow plentiful in the
Smokey Mountains.

An amazing feat really given that we’ve been coming to this area on and off now for 35
years and have seen maybe a total of 5 bears over the course of that time—
and those were just at a glance here or there.

Today we ran into 5 more bears with one almost literally running into me.
We were actually walking through a field along the woodline, walking away from one of
the few remaining original cabins in Cades Cove when my husband turned to say something to me
yet he could only muster that single word again, BEAR!!

I turned just in time to see a small black bear right behind me before he kindly bolted
into the woods.

Next, as we were exiting out of the cove we saw a mom and cub perched high in the wild
cherry trees enjoying a late brunch. 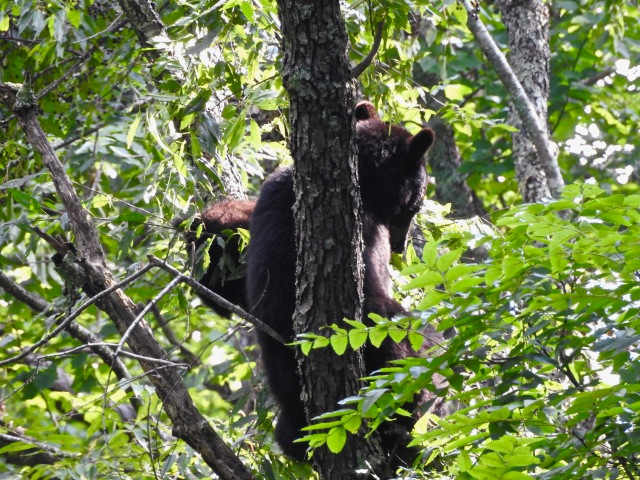 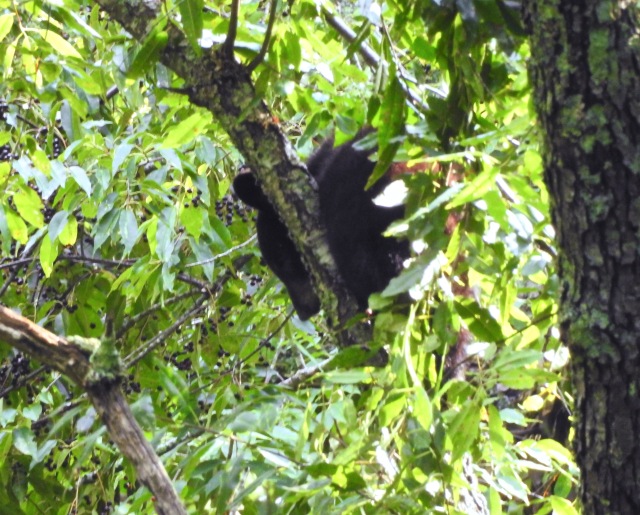 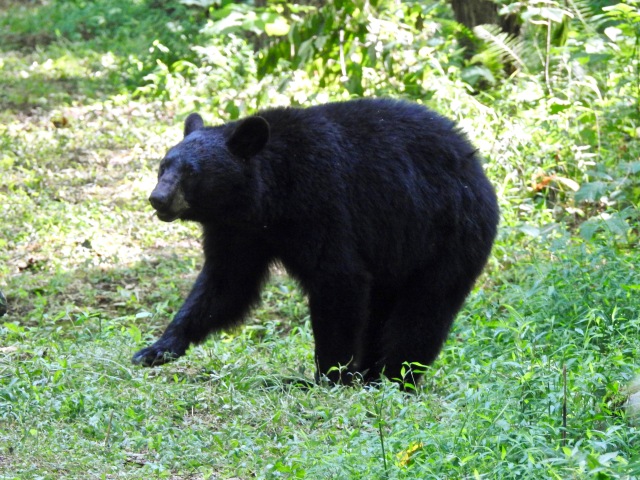 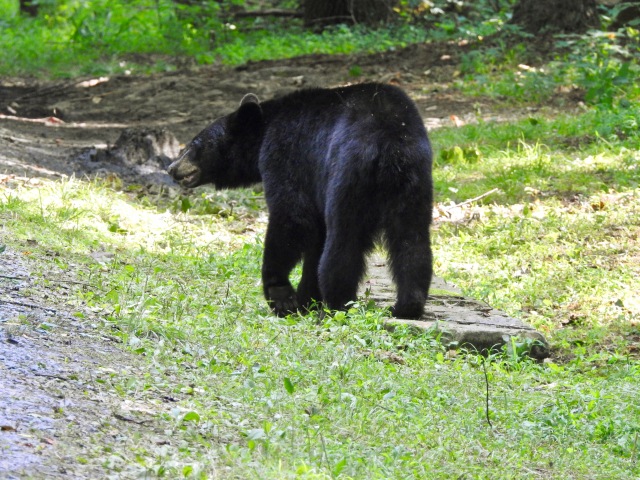 Then later in the evening, on one final drive through the cove,
we came upon another young bear eating fast and furiously…

Not knowing when I’ll make it back this way, as it’s been about 5 years since our last trip,
I savor these moments.
Breathing in deeply, holding it as long as possible before slowly exhaling.

These snippets, these glimpses of things that are truly greater than our hurly-burly
hectic ant-like lives…
lives spent hurrying here and there as we always seem oh so preoccupied and
tremendously busy…I consider these moments, these gifts of time, one of the
greatest privileges offered.

Being able to see animals in their natural habitat, in a place that is stopped in time,
doing what they do best…simply living and being the wild animals that they are…
is a gift…a gift offered by the Creator to one of the created…