“A spiritual Christian should welcome any burden which
the Lord brings his way.”
Watchman Nee

(a mini heard of donkeys per the world wide web)

The other day my aunt told me that there was a lady at her
church who is often heard to say that…
whereas she knows that God does not give us more than we can carry (or bear),
she just wished that He would not keep confusing her with a mule…

Mule, donkey…one half dozen or the other….
beast of burden none the less…

And might I add that I am feeling every ounce of the burden for which I am currently
bearing and wearing…
and then some….

Have you ever tried picking up a greased watermelon?

When I was a little girl, our neighborhood pool, as part of their fourth of July celebrations,
would grease a large watermelon then drop it into the deep end of the pool…
allowing it to bob up and down.
Next a whistle would blow and all the kids would dive into the pool.
swimming as fast as they could to the deep end,
as everyone would try their best to grab the watermelon…
desperately treading water while attempting to be the first one to shove the watermelon
up out of the pool.

It’s a wonder we didn’t all drown.

And no, I never could get a hold of the greased melon,
let alone push it out of the pool.

That long forgotten memory came racing back to the forefront of thought today
when dad decided he could no longer stand while the caregiver was trying
to get him showered off.

He did look rather pitiful today when I arrived…all slumped down in his hospital bed.
The caregiver told him that while I was there, we were going to get him in the shower,
clean him up and get his sheets changed.

I was assigned bed linen duty while the caregiver maneuvered Dad into the stand-up shower.
Dad was smelling really ripe and definitely needed a shower much to his consternation
as he was perfectly content slumped down in his oh so not fresh bed and pjs while watching Matlock.

My grandmother would have an absolute fit if she could see him now…
as I somehow think that she would certainly not claim him…
and I know mother, who was looking down on us, would most likely be telling those
she’s met up in heaven that she has never seen that man before in her life…
or is that afterlife…anywhooo…..

Dad and the caregiver were in mid rinse as I was just finishing up the bed
when I heard a frantic call for my name.

It seems Dad decided that he just didn’t, or perhaps couldn’t, stand up any longer…
opting rather to gave up the ghost…
as he went down for the count…
sliding down along with the water working it’s way to the drain.

Have you ever tried picking up a greased watermelon?

Dad was a wet, slick bundle of pink flesh clumped on the floor of the shower
with the caregiver stuck in the corner behind him.
Steam was filling the small shower…
She was now soaked and he was listless.
More like dead, but not.
This while all of Dad’s bodily functions were now in full crisis mode..
It was a mess of epic proportions…
a terrible awful mess….

I don’t have an ACL in my right knee—an old football injury of long ago…
another story for another day…
but in a wet shower, with the water running
and shoes that are sliding while I’m trying to
lift a wet greased 170 pound watermelon…
a knee that will not hold fast only adds to the crisis.

And lets not forget I still have two ruptured discs in my back.
I now probably have two more….

We finally managed to get him up,
With me practically willing him up with my voice commands.
We wiped him down,
cleaned him up,
got him thankfully back in the fresh bed,
dried off,
and finally clothed…as best we could…

All the while my stepmother was in her room, door shut, sound asleep as she had not felt well,
none the wiser to the near 911 moment we were having in the shower.

By the time it came for me to thankfully head home, Dad, who was now clean and
was smelling so much nicer, was happily sitting propped up in his hospital bed,
happily munching on a chocolate covered doughnut wondering why the caregiver
and I seemed so stressed…

I really think God has me confused with an animal of immense burden….

Cast your burden upon the LORD and He will sustain you;
He will never allow the righteous to be shaken.
Psalm 55:22

“I got a theory a person ought to do everything it’s possible to do before he dies,
and maybe die trying to do something that’s really impossible.”
Patricia Highsmith

I tell you the past is a bucket of ashes, so live not in your yesterdays,
no just for tomorrow, but in the here and now.
Keep moving and forget the post mortems; and remember,
no one can get the jump on the future.
Carl Sandburg

We all have them…
Those very public or very private wishes, dreams desires…
otherwise known as a bucket list.
You know, those things we want to do, see or accomplish before kicking the proverbial bucket.

Some of those desires are grandiose,
While some are demur and simple.

Many of them include travel, going, doing, seeing…
Be it….
The Great Wall of China
Climbing Machu Picchu
Riding a camel to see the Pyramids of Giza
Climbing Mt. Everest…or maybe just any mountain will do.
Snorkeling the Great Barrier Reef
Going on Safari
Visiting a rainforest…

Maybe it’s meeting a president, a famous sports figure, a celebrity.
Maybe it’s writing the next great American novel
or maybe it’s doing something to be remembered by…

I suspect a bucket list should be somewhat special, even monumental.

A list, that I believe, should consist of only one primary event…
For there is truly only one such event in one’s life that is worthy,
dare I say necessary, of doing…

That being…
a meeting,
a befriending,
with the subsequent relinquishing of self…

The meeting of ones Savior…
Ones lifeline.
Ones Hope.
Ones Salvation.

And allowing Him to help carry any remaining buckets….

Cast your burden upon the Lord and He will sustain you;
He will never allow the righteous to be shaken.
Psalm 55:22

There is only one secure foundation: a genuine, deep relationship with Jesus Christ, which will carry you through any and all turmoil. No matter what storms are raging all around, you’ll stand firm if you stand on His love.
Charles Stanley 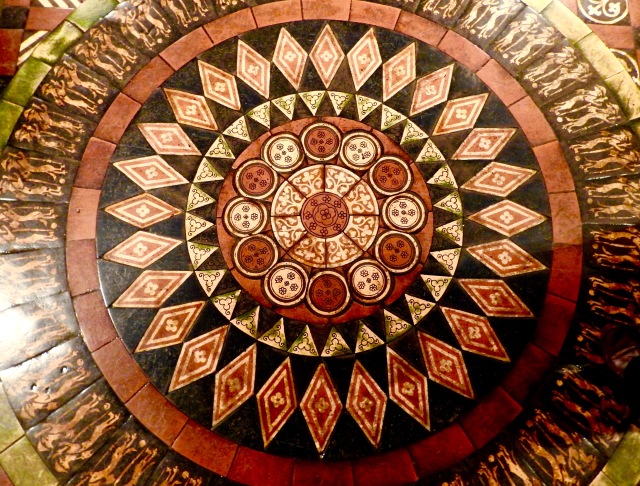 Just as the child on the playground innocently climbs upon a spinning roundabout merry-go-round…
At first she joyfully, merrily and enthusiastically commands to be pushed and pushed, faster and faster…
Only soon to discover she can no longer hold on, for she is now feeling deathly sick
and is so terribly disoriented that she feels completely out of control as she is about to lose her hold and will come flying off…
She finds herself crying, pleading, begging for the spinning to stop…

All the while as a voice we no longer recognize as our own, rises up from somewhere deep within and cries out to an Unseen and Unknown presence for immediate help…
We hear ourselves pleading, crying out, begging “I want to get off”
Please, make it stop, I want to get off…..

There is but One who remains unseen, who sees, hears and answers during our time of distress…

I am feeble and utterly crushed;
I groan in anguish of heart.
All my longings lie open before you, Lord;
my sighing is not hidden from you.

For I am about to fall,
and my pain is ever with me.

Come quickly to help me,
my Lord and my Savior.

Cast your cares on the Lord
and he will sustain you;
he will never let
the righteous be shaken.
Psalm 55:22

Cast your burden upon the Lord, and he will sustain you,
he will never let the righteous stumble.
Psalm 55:22

May the Lord answer you in the day of trouble,
the Name of the God of Jacob defend you;
Send you help from his holy place and strengthen you out of Zion;
Remember all your offerings and accept your burnt sacrifice;
Grant you your heart’s desire and proper all your plans.
We will shout for joy at your victory
and triumph in theName of our God,
May the Lord grant all your requests
Psalm 20:1-5