“Sin is the distance between us and God”
Bishop Gavin Ashenden 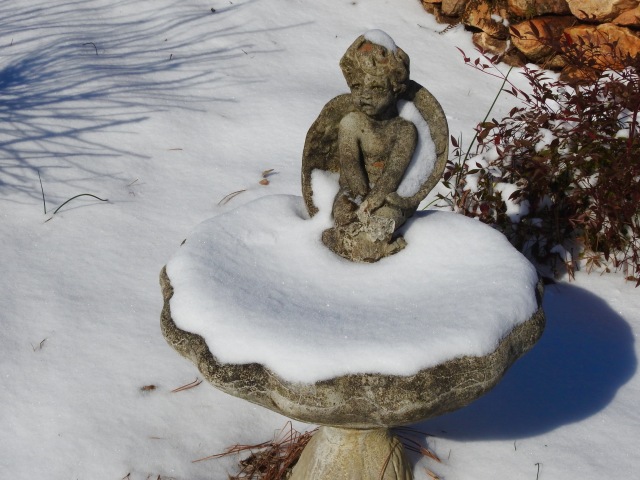 I think I’ve used the above quote before…
However, it doesn’t seem any less important or any less relevant than say, the other day…

The other day when listening to Bishop Ashenden’s rather reflective homily,
as well as the latest installment of Anglican Unscripted,
the good Bishop was reflecting on having been asked in an interview
“what is sin?”
or it may have been more along the lines of “what is your understanding of sin?”

Either way, the Bishop was about to be taken to a very public task, or so thought the
interviewer of all things cultural…

The very secular interviewer, after asking the Bishop the question regarding his take on
what sin actually was, in turn, told the bishop that he did not feel at all “sinful”
and so the notion of what a sin was, was totally irrelevant to him and therefore obviously
anyone else who wasn’t feeling the least bit sinful.

Well, this is where the good Bishop clearly demonstrates that he knows his ‘stuff’…

He then goes on to explain, as I shared in my post the other day, that there are actually
two types of sin—
there is the sin that the Christian recognizes—
that being the distance between himself and God.
And then that of secular sin which is anything that runs counter to the current culture’s
perception of the normative.

Bishop Ashenden goes on to note that all the recent hashtag business, the #metoo etc,
frenzy is, plain and simple, nothing more than secular sin.

The Bishop watched the Golden Globes, I did not.

He has some choice words for those who, draped in black, captured the stage in an attempt
to make a pitch to their “dewy-eyed acolytes.”

Bishop Ashenden explains that as our society has become besotted by sex,
it has become simply our very present focus.
For it surrounds us in almost every aspect of our daily lives—
through advertising, entertainment, books, music…it is an obsession.
An obsession, that many have gotten quite good at ignoring.

Society has created a secular apocalypse with women like Oprah Winfrey and Meryl Streep
rising to the occasion of rounding up the feminist troops while intimidating and
crushing any questioning, or opposition or competing intentions…
a frenetic feeding frenzy of destructive shaming.
There is no room for remorse, healing, redemption or hope.

Yet oddly there are years of images with both of these women in cozy photos with the likes
of Harvey Weinstein, Bill Clinton, and Roman Polansky…
women who had chosen to ignore truly bad boy and even illegal behavior.

And so we are now left wondering…
What is it now that makes things different from then…?

Is it now somewhat advantageous?
Has the time of championing feminism come into its own as it is now the popular
cultural bandwagon.
Is #metoo putting the ‘me’ in all of us dangerously closer at the center of our own universe
at the expense of common sense, grace and mercy?

Or is it simply the bravado of self-deception found in a society steeped in the notion of
its own sense of self-righteousness?
Found in its notion of the importance of the ‘we ourselves’…
Never mind answering to an authority greater than ourselves…for there is none…
because we are the demigods who have no need of anything or anyone greater.

The Bishop notes that in this secular societal self-righteousness, there lies a deeper problem.

And the thing is…none of the rallying cries or the saber rattling or the
rabble-rousing allows for or has room for the utter forgiveness and redemption
found only in Jesus Christ.
For found in the sinfulness of the secular, there is no way back for the sinner.
No hope for the fallen.
And no hope equates to immediate death.

A stark contrast to the mercy, forgiveness, redemption, and life found only in the hope
of Jesus…

“To Mercy, Pity, Peace, and Love
All pray in their distress;
And to these virtues of delight
Return their thankfulness.

For Mercy has a human heart,
Pity a human face,
And Love, the human form divine,
And Peace, the human dress.

Then every man, of every clime,
That prays in his distress,
Prays to the human form divine,
Love, Mercy, Pity, Peace.

And all must love the human form,
In heathen, Turk, or Jew;
Where Mercy, Love, and Pity dwell
There God is dwelling too.”
William Blake

Talking to LBC (London Radio) about sin, sex and God -(as captured by an Australian website.)