“By slow, thoughtful watching, you can gain much,
as against working up a wild, panicky condition.”
Ernest Vincent Wright, Gadsby 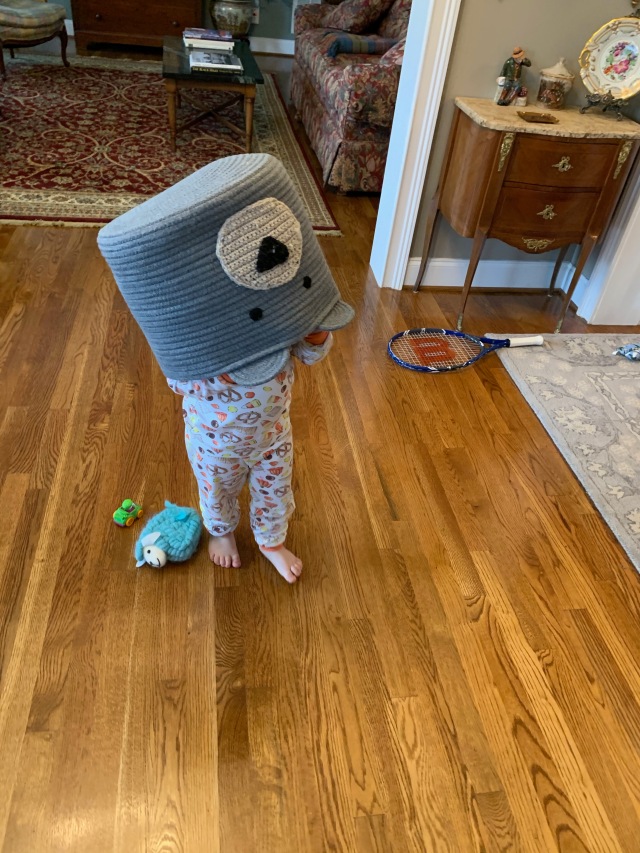 The Mayor thought that putting her toy bucket on her head and walking through the house
was a good idea.

It was fine for a while… 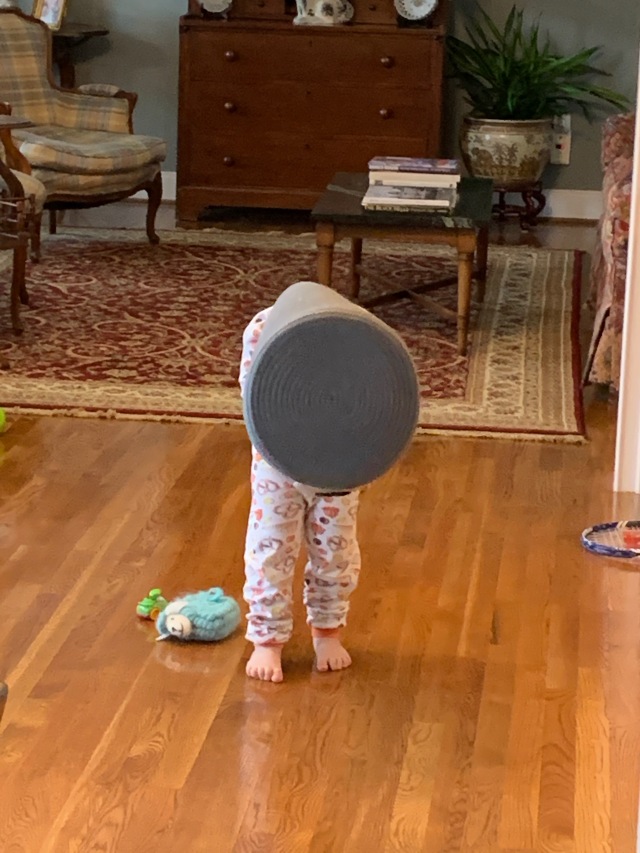 It was all fine and good until she ran into the Sherrif and knocked him over. 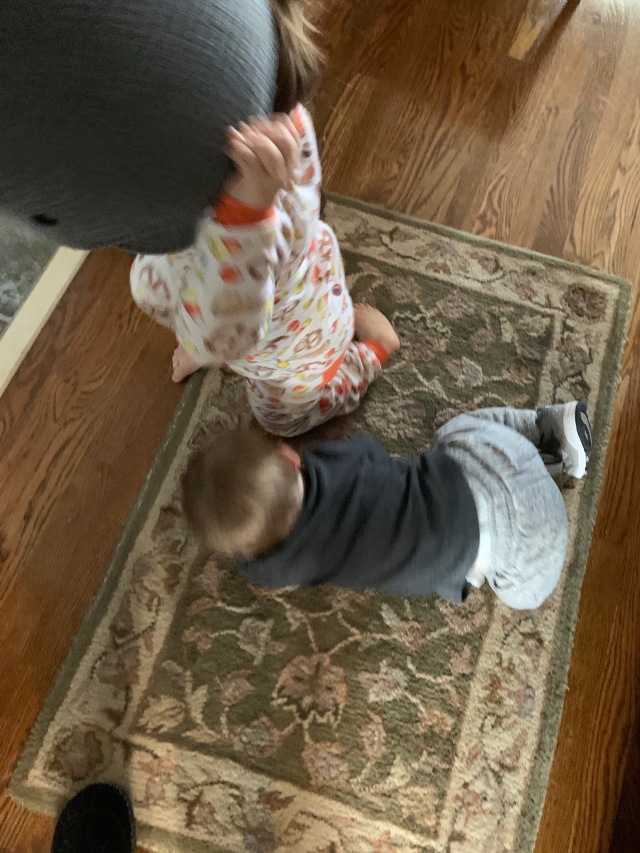 So there is indeed a moral to the tale of the Mayor’s haphazard choice…
actually, there are probably several morals.

But the one thing I’m finding as somewhat reflective of the times in which we now live…
is that The Mayor is not the only person walking around with some sort of
a bucket on her head.

The difference is that we just can’t see the buckets on the heads of those
caring little for those they tend to be running into or over whereas we
can clearly see the Mayors.

The Mayor, we hope, would not intentionally plow over her younger brother
when seeing him clear as day.
However, there are so many of our fellow human beings who are not wearing buckets
on their heads, blocking their vision, but who are none the less plowing into
and over their fellow members of humankind…and the thing is they don’t care.

Now granted the Mayor may not have cared too much about running over her
younger brother…that is until she was scolded…then she really cared.

Sadly today our fellow man, or woman, scolded or not, cares not.

We’ve witnessed this plowing into and over one another,
pretty much daily for the past four years, all because we are a deeply divided country.

Our fellow countrymen, and women, show very little care
or concern for those who are on the opposing side of not just politics but
on opposing sides of pretty much everything in life in general.

For example, Mr. Biden has spoken of a mandate given to him by the people…
what with his win of the White House.
Now since that win has not been officially verified by the powers that be, that
kind of talk is slightly premature.
This has been a razor-thin election, once again.

Mandates are not found in near 50 50 votings.
50 50 is a near-perfect split…mandates tend to come
from landslide results.
The masses demanding their will.

We have a split of the masses on two varying sides with each vying for their
own mandate…and they, we, you, me will continue plowing into one another until
that mandate of choice is met.

Something has got to give…

I believe a Divine scolding is in order…

Get ready, because that scolding is coming.

What will you do on the day of reckoning,
when disaster comes from afar?
To whom will you run for help?
Where will you leave your riches?
Isaiah 10:3

A grudge match rivalry game considered, by those who write the history of
collegiate sports, to be the oldest college rivalry
in all of college football dating all the way back to 1892.

So this past weekend was no exception when it came to birthdays and football games…
despite the actual day being a few days after the fact of said game.

And so it would have only seemed to make sense that my beloved Dawgs would have
stepped up to the birthday plate by delivering the best gift possible—
a defeat of this most ancient of foes…putting them one more game closer
to a year of perfection….
Yet alas…
it was not to be….

Yet defeat is not the intent of today’s thoughts but rather the musing of what was,
what is and what will be…

When I turned 21, way back when I was in college at this same beloved college of
which I speak of today, I had been invited by a young man who I really liked at
the time, to travel down to Auburn for the game in honor of my birthday.

But I had a conundrum.

My godparents, the priest of my church and his wife, had already invited me to come
home as they wanted to have a small party in my honor.

I however chose the latter.
I went home.

I really can’t say how many 21 year old kids had the Episcopal Bishop of Atlanta,
at the time, bake them a birthday cake, but me…

And yes it was indeed a small intimate gathering… yet one that was, obviously, most memorable.

The game would have been no doubt memorable as well…or maybe not…
because I couldn’t even begin to tell you who won that year…
and I can recall that that young man was only a beau for a short time…
but on the other hand I do remember those other particular individuals who loved me
enough to want to make a special day even more special in their own small way.

And so it is with this day of marking the passage of time,
that I find myself being a bit wistful.
Because isn’t that what we do as we age, we become wistfully reflective.

So in keeping with this notion of being both wistful and reflective,
I am poignantly reminded that this is the first birthday that is to be spent
in 58 years without my dad and aunt.

Mother has been gone since just before I was to turn 26, but Dad and Aunt Martha
have been around throughout of what seems to be the duration of time…

Each of them knew how to make a birthday celebration both special and memorable.
As I remain grateful in recalling the years gone past that they did make a special
day just that— special.
Just as I am sad thinking of a new year without them.

And whereas there will definitely be some sadness on an otherwise momentous day…
besides nursing what could have, should have, been with the Dawgs running the table
on a possible all out rout of a season of wins…
it will be a day marked with a sense of without…
of what was and of what is no more…

Yet as our dear friend Coco Channel so pointedly reminds us—
it is not necessarily a matter of what we may have once been or been given,
rather it will be a matter of who and what we will opt to one day be…

May we opt to be both wiser and kinder….