The cry against the idea of moral retribution reveals several deep-lying misconceptions.
These have to do with the holiness of God, the nature of man,
the gravity of sin and the awesome wonder of the love of God as expressed in redemption.
Whoever understands these even imperfectly will take God’s side forever,
and whatever He may do they will cry with the voice out of the altar,
“Yes, Lord God Almighty, true and just are your judgments”
(Revelation 16:7).
Perhaps Moody’s word about this is as wise as any that has ever been uttered.
He said, “No man should preach on hell until he can do it with tears in his eyes.”
A. W. Tozer 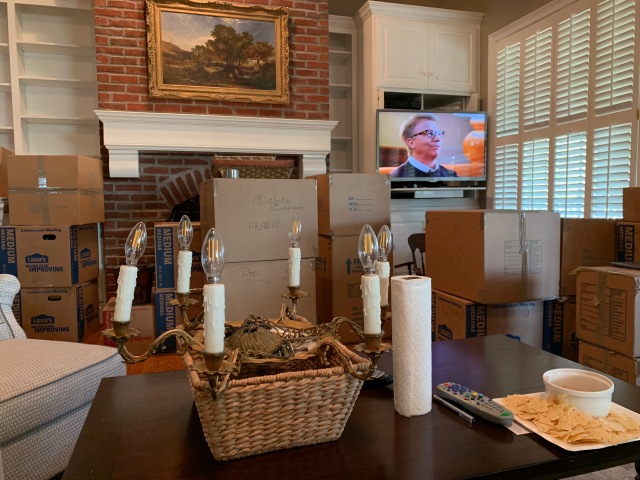 Our days are numbered in this house of ours—this is the week of the BIG move.

It’s funny, when your world is changing and turned upside down, for whatever reason,
we humans tend to want to cling desperately to anything and everything that generates
a sense of routine…a sense of that which we know, a sense of the familiar
a sense of normalcy.
A routine of sorts.

Life, in most of our collective arenas, is a far cry from “normal”

So for me I’m trying to find that balance–on a personal level, spiritual
level and even on an average citizen level.

This move has been long and drawn out for all sorts of reasons.
We’re leaving a house that is in better shape than to the house where we are going.
So there will be work.

Yet it has seemed that God has opened every door along this journey—and so there is a reason.

Yet while we’ve been packing, sorting, culling, tossing…
for me to still try and cook a decent meal— manning the kitchen,
albeit with just a remaining skillet, a cooktop and oven—
just give me a plastic fork and it’s all good.

It keeps me grounded, sane and from having a meltdown from overt change.
Because change has been on overdrive since March has it not???…
and if the truth be told, the change madness has running
rampant for the past four years—thank you politicians, news media and now China.

Being able to throw out a post or two, on some sort of regular regime, also helps me.
I told you a long time ago, I blog because I’m a retired educator.
This teacher still needs to “teach”, to share, to observe…

There is a calming peace found in regime and rhythms.

Yet this Nation of ours seems to be running on the opposite end of ‘peace’,
rhythm and rhyme.

I managed to play a bit of catch up in my WP reader yesterday and caught a post written by
our friend Pastor Jim, aka slimjim, from over on The Domain For Truth.

The title of his post reached out and grabbed me by the collar..

Wicked is the Doctrine of Regeneration through Chaos

In physics energy diminishes with resistance such as friction.
But it doesn’t always work that way with politics.
Instead one extreme act provoke an equal and possibly more extreme act.
Human sinful nature doesn’t want an eye for an eye; rather some is tempted to outdo the other side.
Wicked is the doctrine of regeneration by chaos and even more wicked is this doctrine put into practice.
No one side of the political and religious and socioeconomic spectrum has a monopoly of craziness.
Everyone has a “vote” of what they say and do. For example saying stolen election
lead to the opposite side saying stolen election or worst.
Saying burning the system down will lead some to burn things down.
But others might want to burn down what the other side think is important too.
One side over run police station and have occupy zone of areas that are not theirs.
So some from the other opposite side overrun the Capitol;
but what further extreme reaction will be done next by those who disagree and
are displeased with this?

I tend to have that sort of Rorschach test reaction.
You know, it’s that “quick what do you see??”
But in the case of reading a title to certain posts, I have that
‘quick, what comes to mind?’ sort of thought.

When reading Jim’s title to his post, I thought of the idiocy of a tit for tat.
You know…that childish back and forth business.
Adults might know it as the bravado of posturing.
As in an “I can do anything you can do better…I can do anything better than you…
yes I can, no you can’t…”
And on and on it goes.

Think of a gerbil on it’s spinning wheel—running around and around and going nowhere.
That is pretty much what we are witnessing.
A matter of we hate you, NO, we hate you more.

And that’s when it dawned on me…we are living life in a perpetual state of middle school.

I will be without the internet within a day or two and not totally certain when I’ll be reconnected
in our new location…I’ll have my phone but won’t be posting from the phone as I don’t have
that much patience. I will be checking in however.

For we must all appear before the judgment seat of Christ,
so that each of us may receive what is due us for the things done while in the body,
whether good or bad.
2 Corinthians 5:10

“The air up there in the clouds is very pure and fine, bracing and delicious. And why shouldn’t it be?–it is the same the angels breathe.”
― Mark Twain 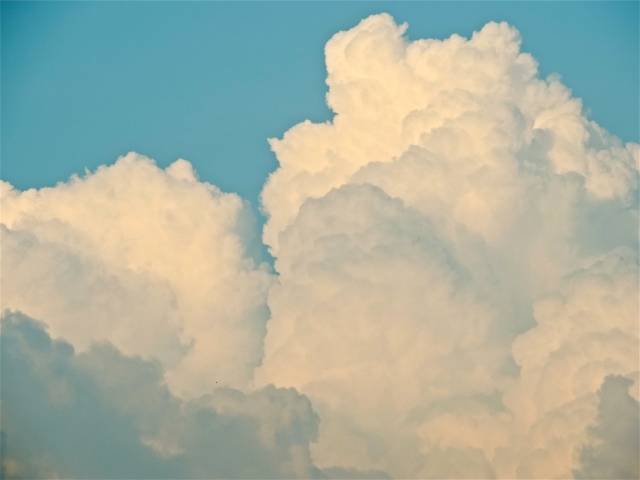 Overhead, stretched across an endless palate, colors and textures collide in a dazzling spectacle.
Dust particles, light and various masses of air–some hot, some cold, choreograph a mesmerizing heavenly banquet–an endless feast for any skyward glance. 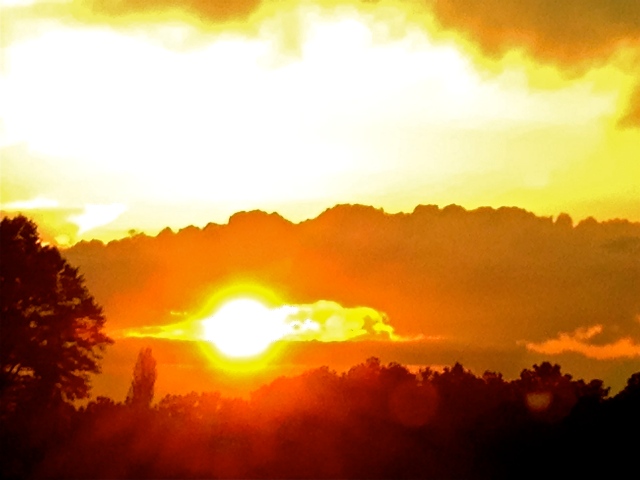 Shifts in atmospheric pressure rise and fall, as foreign winds whip unseen forces into precarious unions. Colors, of radiant glory, sparkle as from a million tiny prisms suspended on an seen chandelier. 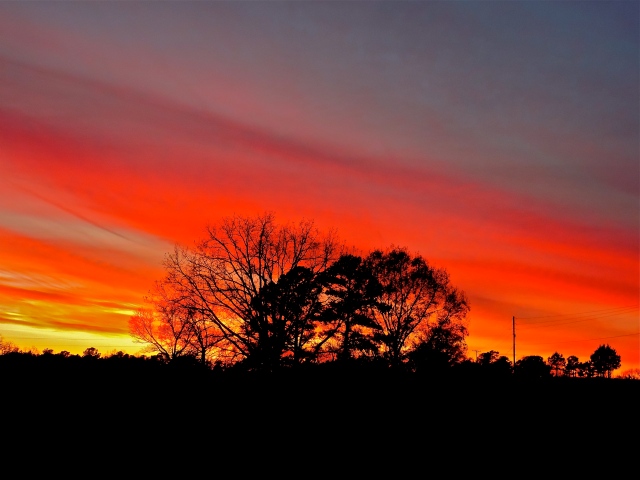 As Winter’s evening light sets forth a tantalizing tidbit of self, explosions within the spectrum, seldom seen with such force, offer grandeur over an otherwise barren land. 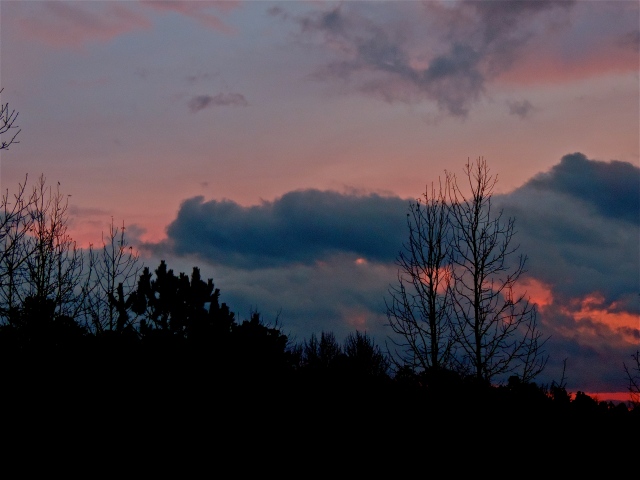 Summer’s heat unleashes instability, as an ominous skyward cocktail mixes aloft.
Overhead a thousand unseen forces prepare to do battle.
Change is soon at hand as varying air masses vie for control,
As a cacophony of sound and light unleash a frightening display. 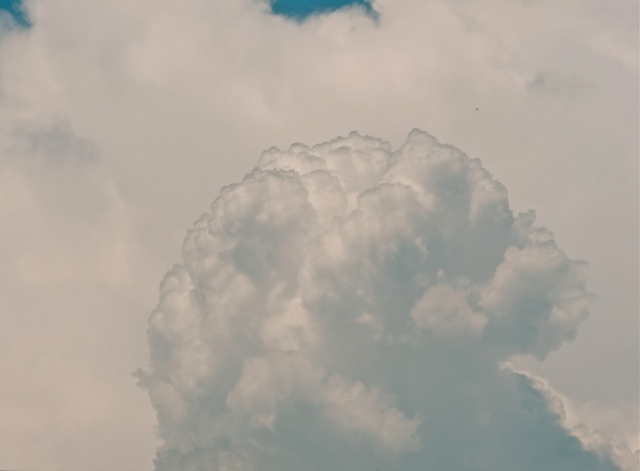 Yet just as quickly as refuge and safety is sought, the unseen foe is suddenly vanquished.
Light emerges the victor as wary souls emerge unscathed while eyes still scan the changing sky. 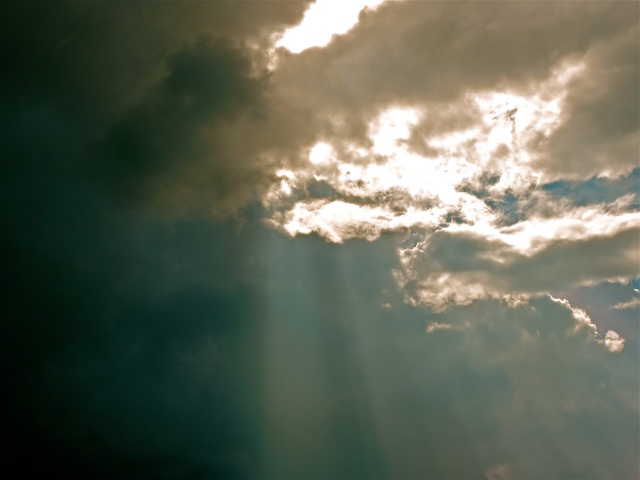