“The lost enjoy forever the horrible freedom they have demanded
and are therefore self-enslaved.”
C.S. Lewis The Problem of Pain 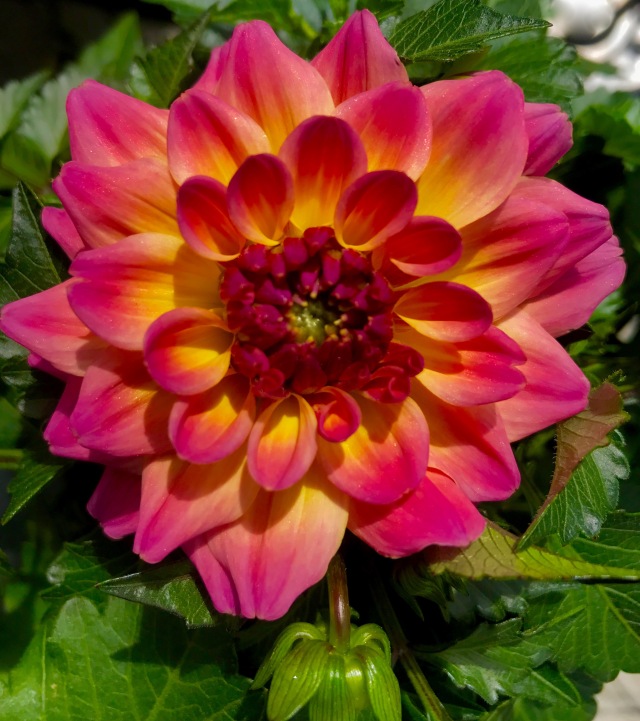 There it is again…
another quote from C.S. Lewis, each from the same book I referenced the other day—
Two random quotes that just so happened my way…???
Each from the same source???!!!…
Coincidence?????
I should think not….

So yes, I’ve ordered the book.

This morning I actually did something I would not have normally done.
I carved out time to sit and listen…
For you see I am a hit the ground running sort of individual—
a morning person who does her best work, thinking, cleaning, sorting, writing…
in the morning….
So for me to stop, sit and listen is a pretty big deal…
this as I often equate my sitting with wasting time…
as in I need to be about the task of doing whatever it is I need to be doing….

40 precious minutes afforded to listening to a sermon that was delivered Sunday at a
church in Scotland.
Now granted I would have much rather been in Scotland at the Church in person,
but an audio link in a blog post was as close as I was going to be getting any time soon.

It was a sermon delivered by Pastor David Robertson,
pastor of St Peter’s Free Church in Dundee, Scotland
and author of the Wee Flea Blog—a blog I’ve referenced before.

Pastor Robertson delivered a sermon on Romans 1:24-27.
A passage that just so happens to encapsulate Paul’s relaying of God’s thoughts of
human sexuality.

Therefore God gave them over in the sinful desires of their hearts to sexual
impurity for the degrading of their bodies with one another. They exchanged the
truth about God for a lie, and worshiped and served created things rather
than the Creator—who is forever praised.
Amen.

Because of this, God gave them over to shameful lusts.
Even their women exchanged natural sexual relations for unnatural ones.
In the same way the men also abandoned natural relations with women and were
inflamed with lust for one another.
Men committed shameful acts with other men, and received in themselves the
due penalty for their error.
Romans 1:24-27

And it certainly was not my intent today to write a post on human sexuality but rather the
hand of God in our oh so screwed up world.
Of which I will do shortly, sexuality aside.

Yet I was struck by several quotes and remarks made by the good pastor as he actually
delivered this sermon before the world experienced Manchester’s horror.

His delivering of a sermon on such a topic was just happenstance as the passage was
just what came next in the study he had been presenting to his parish.
But it also came on the forefront of an important vote this week by the Church of
Scotland regarding its stance on same sex unions /marriages….
as in it, the Church, wishes to “keep” up with Scottish Law on the issue…
…oh if our Churches didn’t feel such a need….

Yet I think a key statement in all of the sermon was, for me, that
“God is handing us over to what we want and what we have chosen”

Not that He is abandoning us or inflicting upon us but rather He is giving us over, freely,
to what it is we have wanted and chosen….
With that being a life of blatant disregard for His word.
For “we have exchanged God’s word for a lie.”

As in now we’ve turned everything into something other than His word,
as is no longer His word but rather our restructuring, rewriting, redirecting.
Our word in order to make things fit all nice and neat for ourselves.
Fitting the rules for living into what we feel are these changing times…

And Heaven forbid that The Word of God should stand the test of time because obviously
anyone can see that He meant for us to switch things up as we culturally saw fit…
Meaning… as our culture changes and our desires and acceptance all change, then surely
God meant to be fluid…moving with said times.
As surely He would need to modernize that Word of His in order to accommodate our new
acceptances and beliefs in what is now right but once was oh so wrong….
so yeah, we best come up with a new translation, a refutation or a new interpretation to that
tired old Word of His.

Yeah, right…..
as I think we call that progressivism….
and God calls that disobedience….

One thing Pastor Robertson noted was that Jesus did not come to earth in order to confuse us.
He didn’t come to rewrite scripture.. to make it more applicable to the times—
quite the contrary—He came to fulfill the scripture.

So on this little thought, I will leave us today…
Leaving us all to ponder the notion of what it is that we have wanted and
what it is we have chosen…
And just so we can be clear as to what it is we’ve been handed over to…
as somehow I think it just might be related to living a life of being
freely left to our own devices…

But they say,
“It is no use! We will follow our own plans,
and each of us will act according to the stubbornness of our evil will.”
Jeremiah 18:12