“It has been said, ‘time heals all wounds.’ I do not agree. The wounds remain. In time, the mind, protecting its sanity, covers them with scar tissue and the pain lessens. But it is never gone.”
― Rose Kennedy

“Yesterday is gone.
Tomorrow has not yet come.
We have only today.
Let us begin.”
Mother Teresa 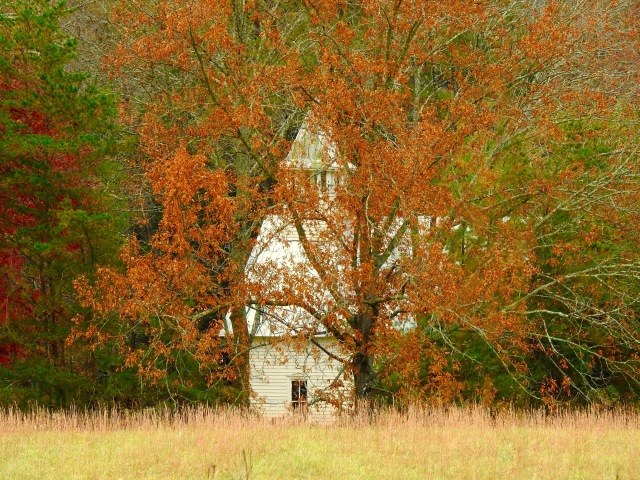 Lying in the darkness at 3 AM, staring upward at a ceiling I know is there, I wonder if she is slightly smiling, amused by the odd twist in irony…me on the couch.

Yet not her couch.

Her couch is long gone, replaced by a minimalist camelback, plain jane, off-white couch too short even for my once 5’4.5″yet sadly now 5’3″ frame.

He has the heat cranked up to 76.
I can barely breathe.

How many times had she lain in this same spot, albeit on the different couch, her couch, asleep waiting on my return from another date.

How long ago was that…
42 years give or take…?
My thoughts race to the AC…
Do I dare get up and cut off his heat?
He’s so cold natured now you know…just like my grandmother was…

I don’t remember the floor creaking 40 years ago when I’d slip down the hall to turn the thermostat down on those sweltering summer nights…he didn’t believe in paying for air conditioning—now it’s just that he stays cold, even in the summer.

The owner of the camelback sofa is in the hospital.

Earlier he told me that he’s been here before—a situation of being alone…home alone with a wife in a hospital.
Silently he sits lost in his thoughts.
He’s always needed a keeper or perhaps prisoner of his own insecurities and paranoias.
But this time is different, this one will be coming home.

Hours later, I lay wrapped in the dark heat listening to sounds no longer familiar.
The house so recognizable, it should fit like a favorite sweater, yet it is now so vastly different…it no longer slips on effortlessly with comfort and ease…
as it and I are both victims of time.

Time has truly been unkind.

When I lived in this house, Time relished taunting all occupants.
There were days, months, weeks, years when it simply stopped, standing still.
As the house worked in tandem with Time to hold us all hostage.

One of us ran out of Time long before Time should have departed.
Later, another of our small number took it upon himself to cheat Time, rushing
the process by his own hand.
Still another decided he wanted to double Time
as I simply stepped out into my own Time.

As I find myself staring blankly at the ceiling lost in the night, days quickly shorten as Time has now grown terribly late.
Minds have slipped away as all bodies have followed suit.
Roles mysteriously reversed are hopelessly fought tooth and nail.
And I am oddly expendable yet desperately needed.

There are day’s I think I hear her sardonic “better you than me”
trailing off in the shadows…
I ponder the selfish reasoning as I know there are no quick or easy answers.
This is not how I would have written the ending to this story.
I would not be on this camelback sofa…
as there never would have been a camelback sofa.

Time never would have run out as quickly as it had
nor slowed to a crawl when it finally expired.
Lives would have remained intact
and I wouldn’t be staring at a ceiling that I can’t see,
lost in the dark, burning up on a strange camelback sofa at 3AM
in a house I no longer know.

I consider that our present sufferings are not worth comparing with the glory that will be revealed in us.
Romans 8:18