“I have noticed a strange paradox.
While we are often quite confident about our own circumstances,
and ourselves, we are easily made fearful about what is going on in the wider world.
John seems to do the reverse – he does indeed tell us that our circumstances may be dreadful,
and that the world is in a deep mess, but he causes us to look much higher and further.
This world is not doomed. It is destined for renewal.
The whole creation groans and waits for its liberation from bondage to decay and to be
brought into the freedom and glory of the children of God”
(Romans 8:21).
Pastor David Robertson 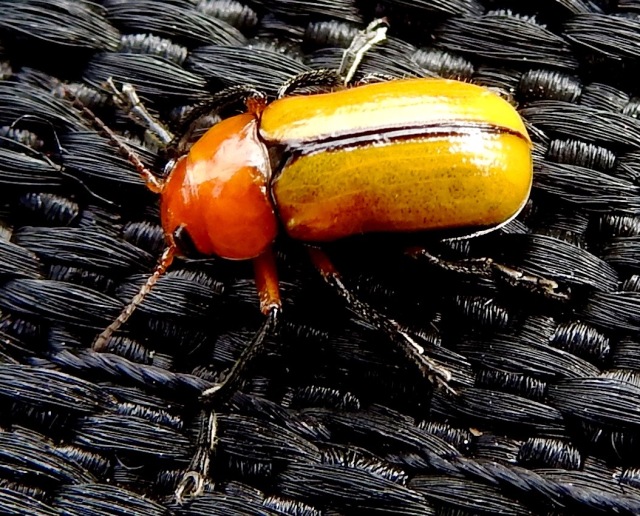 I caught another sermon post by our friend the Scottish pastor David Robertson.

The sermon was based on Revelation 17…
(here is a link to the chapter as a means of saving the word count today…
https://www.biblegateway.com/passage/?search=Revelation%2017 )

The chapter has a rather matter of fact, mince no words sort of title…
The Great Whore and the Beast.

And if we know anything about the book of Revelations and John…
symbolism while mincing no words runs hand in hand as the title may be considered a bit
of a double entendre.

For the whore is not merely a local prostitute just as the beast is no wild animal
of the forest.

Have you ever been a bystander who witnesses something bad?

There you are…just standing there, minding your own business, when suddenly
you are aware of something massive which is just about to take place.
You’re actually able to survey the full landscape, the whole picture as it were…
You see these two forces and all that is around them
as they are on a one way course with destruction…..
and yet…..

You know in your head that what you are about to witness is not going to be good and
will not end well for either party.
That this cataclysmic event is actually going to be really really bad…
and yet you are totally helpless to intervene..unable to do your best to stop it.
It is going to happen whether you jump in or not.
It’s as if everything is now in slow motion.
It’s a surreal moment that seems almost out of body.

And that is exactly how I’m feeling about our current day and time.

I feel almost like a spectator on certain days who is watching a train wreck that is just
about to occur.
I’m standing there watching two opposing trains barreling directly at one another
and there isn’t a darn thing I can do to stop it because the trains are bigger,
faster and more powerful than my mere human frame.
I can’t even scream because the trains won’t hear me and there are no people who
will hear me who can stop the trains before it’s too late.
As in no one….

And yet at the same time there is an almost odd release of anxiety,
as there is an unexplainable peace, or perhaps better yet, a clam….
for I am resigned to the knowledge that there is indeed nothing I can do…
the inevitable is going to happen with or without me.

As a Christian, I feel obligated to be a defender of the faith as it were.
That it is my solemn duty to not only proclaim the Gospel to a darkened
world but it is my duty to defend the collective Christian Church..
a Church who the world yearns to destroy.

And there is frustration found in the inaction of simple standing by and watching…
watching the masses of those who profess to be Christians..
those who are either blinded or lost to the fact that the inevitable train wreck has
been set in motion…
and yet the majority remain silent to what is Truth.

And yes, I admit that we don’t know when or where the wreck will be…
but we know the wreck is coming…yet why in the heck won’t anyone step up and
speak out…alerting, reminding, sharing with the world???
Why the silence?

And then it dawns on me that maybe, just maybe the problem is that there are
just a handful of folks who really actually acknowledge that the inevitable collision
is going to happen.. one way or another, it’s going to happen…
and there’s nothing any of us can do to stop it….

So best we just be prepared ourselves for when that collision comes…
because no one else seems to want to listen….
For in the end, we who remain faithful are not to be doomed to the wreck…
because after the collision, Love has already won.

“Sometimes as Christians we need to lift our eyes from our own personal
circumstances, and from what is going on in our countries and indeed the whole world,
and get a grander vision.
We look up, as Stephen did as he was about to be stoned to death:
‘But Stephen, full of the Holy Spirit,
looked up to heaven and saw the glory of God, and Jesus standing at the right hand
of God.
“Look,” he said,
“I see heaven upon and the Son of Man standing at the right hand of God”
(Acts 7: 55-56).
This is the vision we need, individually and collectively –
the vision of Christ and his glory”
Then, and only then, will be able to rejoice in the midst of trouble.
Even though ‘the great prostitute is drunk with the blood of God’s holy people’,
they shall rise and she shall fall.
Once we grasp this, then, and only then,
will we be able to live lives that are full of faith not fear,
love not hate,
forgiveness not revenge.
David Robertson