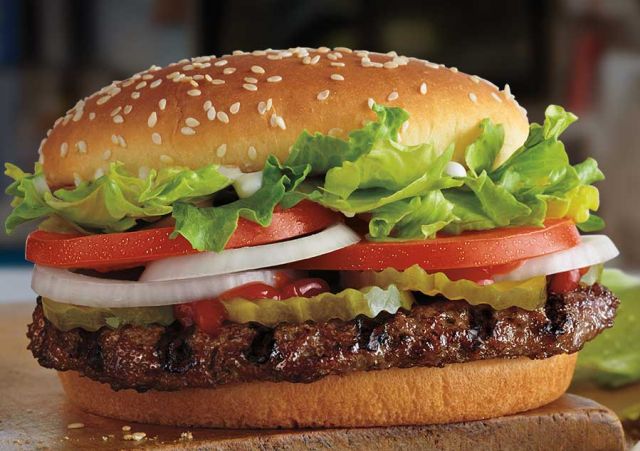 I made this confession sadly before but once again, I must confess that I’ve not had
the time that I have wanted, in these past many months to spend reading,
studying and sharing the most insightful thoughts and observations of two of my favorite
across the pond Chrisitan clerics…
those being the former Church of England Bishop Gavin Ashenden and Free Chruch
Presbyterian minister David Robertson.

Both of these men, to me, speak what I call the Gospel Truth.
No mincing the facts nor the words.
I liken it to a small spin on the Popeye mantra…
rather than “I am what I am and that’s all that I am”
they speak in terms of “It is what it is and that’s all that it is”

As in God said it…therefore it is.

They look at this world of ours through the lens of The Gospel.
They look at a post-Chrisitan, progressive left culture that is slowly dying unto
itself, as it is totally unaware of its own demise, while they each continue proclaiming
the saving Grace of Christ…

This as each man is met with the hate-filled rhetoric, the threats of decreased income,
the threats to the detriment to their own safety as well as threats against their
own well being…threats made by those within our oh so post Christian,
progressively liberal culture…
It is a very vocal form of public shaming…
As if such will actually shut up either man and his individual proclamation
of Christ risen.

I actually had some time yesterday morning to thankfully read David’s latest offering,
“Pray for the Nation – Why Should We Be Concerned About The Sins Of The Nation?”

With the upcoming of St. Andrew’s Day…a day that the Chrisitan Chruch in Scotland remembers
her patron saint and in turn prays for the nation as a whole,
David offers a very telling reflection of life not only in Scotland or within the UK
but rather of our collective life in general in our own Western Civilization.

(oh and by the way, in case you were curious, it is Mary herself, the mother of Christ,
who holds the role of patron saint over The United States of America…
with her feast day being December 8th.
Seems that we most certainly need a nurturing and compassionate mother to care for our
oh so selfish and lost ways…but I digress)

David’s reflection is accompanied by a nod to the writings of John Owen…
a nod he’s shared before.
Owen being a 17th century English Nonconformist church leader,
academic administrator at the University of Oxford and a one-time member of the British Parliment,
was also a prolific writer, sharing his own observations for a wanton style of living that was
just as prevalent in his day as it is ours.

Despite the centuries time difference between Owen’s mid-1600’s and our own early 21st century,
Owen speaks of two distinct ills of society that are both alarming and destructive…
ills that are not only still prevalent but are rather rabidly rampant today.
That being irreligion, or what we define as atheism, and secondly the immorality of a nation.

So what say you?

I say those are the ills that have beset man and his various societies since the dawn of time.
Generation before generation has all bemoaned the same illness.
It is, in fact, a generational ailment.
That being disbelief and an arrogant turning of the back to the Sovereignty of God.

Yet it is vitally important that the clarion call is still to be sounded…
rung loudly for each generation to come as Hope must never be forgotten.

We continue to pray that the scales will fall from the eyes of the foolish and arrogant.

Here is what David had to say…

“Today I want to take a look at the deeper cause of this confusion –
of which Transmania is only a small part.
It is tied in with Romans 1.
The greatest punishment that God could ever inflict upon us is to leave us to what I call
the Burger King version of society ‘have it your way’.
You could call it the Sinatra version (I did it my way),
or the Fleetwood Mac (Go Your Own Way).
But whatever you call it – the assertion of human autonomy and sovereignty is disastrous.
God as man recreates.
Man as God destroys.
John Owen in his ‘Sermons to the Nation’ (Works vol 8) and
‘Sermons to the Church’ (vol 9) is insightful and helpful on this.

Owen asks the question:
“What concern have we in the sins of the day wherein we live?” (Discourse III, vol. 9 p.365)

Irreligion itself can be divided into atheism and false worship.
Atheism is found in the heart (it is not primarily a matter of the mind or intelligence).
Owen identifies four signs of atheism in the nation:

“By horrid, cursed, blasphemous swearing; which is a contempt of the name of God.
And when did it ever abound more in this nation?”.
The answer is today!
I cannot switch on the TV, walk down the street or speak in schools/universities without
hearing coarse, ugly and blasphemous language.

By reproaching of the Spirit of God.

By scoffing at all holy things; as at the Scriptures –
at everything that carries a reverence and fear of God;
so that a man who dares profess a fear of God in what he does, makes himself a scorn.

Contempt of all God’s providential warnings is another proof of atheism.
Never had a nation more warnings from God’s providence, nor ever were they more despised.
Owen speaks of a 17th Century England which is characterised by coarse language,
mockery of the Gospel and a refusal to listen to the warnings of God.
Sounds familiar?

Owen then goes on to speak of immorality in the nation:
“It would be an endless thing, to go over the sins that reign among us:
oppression, blood, uncleanness, sensuality, drunkenness –
all to the height, raging and reigning in the nation”.
But what really hit home to me was his description of the ‘security’ within the nation.

Occasionally there is a wake up call with some disaster and people wake as from a slumber
but soon close their eyes and go back to sleep again.
That is true in the nation – but then Owen asks why Christians should care about the sins of others.

The answer comes from Scripture – Streams of tears flow from my eyes,
for your law is not obeyed. (Psalm 119:136).
Not only do we need to be free from these ‘abominations’ we need to be those who mourn for
them in our nation and communities.

“The name of God is blasphemed, the Spirit of God reproached,
a flood of iniquity spreads itself over the nation,
the land of our birth, over the inheritance of Christ,
over a nation professing the reformed religion;
all things go backward – every thing declines.

Indeed, brothers, if you will not, I do acknowledge here before you, and to my own shame,
I have great guilt upon me in this matter,
that I have not been sensible of the abominations of the nation,
so as to mourn for them and be humbled for them, as I ought to have been.
And you will do well to search your hearts, and consider how it is with you; –
whether indeed you have been affected with these things;
or whether you have not thought all is well,
while all has been well with yourselves and families, and,
it may be, with the church, that may have no trouble upon that account.”

Are we not too secure in our middle class churches, with our comfortable lives?
Have we become so comfortable in the midst of sin that we do not see it with the eyes of God?
Do we weep for the blood being shed (the slaughter of the unborn)?
the damage being done to our children in the name of ideology?
the destruction of the family?
the crass materialism and the gap between rich and poor?
the exploitation of the weak by the powerful?
the replacement of God by the State?
the destructiveness of vice and addictions?
the decline of education?
the culture of death? false religion?
misogyny?
racism?
injustice?
cruelty?
mockery and abuse of our precious Lord Jesus?

It’s a dangerous prayer but perhaps all Christians should pray that the Lord would open our eyes,
minds and hearts that we would see, understand and feel his grief….