“Courage is not having the strength to go on;
it is going on when you don’t have the strength.”
Theodore Roosevelt 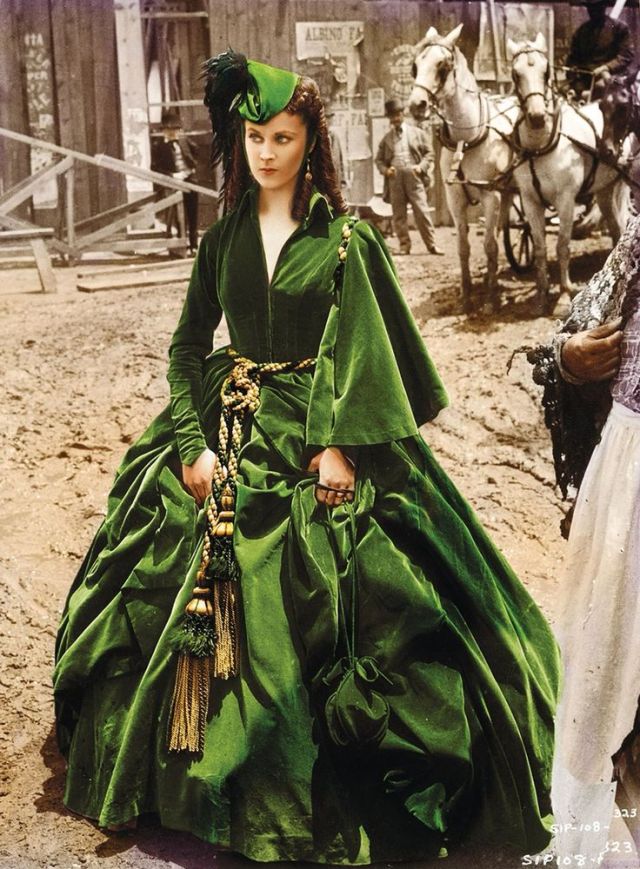 (Vivian Leigh as Scarlett O’Hara in Gone With the Wind, wearing her mother’s curtains)

Think Scarlet O’Hara, Julia Sugarbaker and Steel Magnolias all rolled into one.
Who else would think to turn their mother’s prized curtains into
a matter of getting what they need…but a Southerner.

For we are a resourceful lot when we need be,
especially during the thick of battle..
We are kudzu and honey all rolled into one..
Barbed wire and sugar spun together…

Because that’s just what we are down here in the South,
tenacious as a bulldog when needed,
soft as a cotton ball when called for….

We are also sweet and charming.
We are cordial.
We are warm.
We are hospitable.
We are not dumb, deplorable or rednecks…contrary to what some would have you believe.
We are educated.
Well educated.
We have great schools, colleges and universities.
People like our weather, well, maybe not in August…
I don’t like our weather in August, or even now, but I digress…

People like our food..think fired this or that, as in chicken and okra.
People like our drinks…think bourbon.
We are mannerly…for if we are not, our grandmothers are obviously not watching.
We believe in morality, decorum and being polite.

But none of that should never lead you to believe that we are
pushovers,
ignorant,
easy,
or lazy.

We are a strong kind people.

I have seen more of my poor father than any daughter should ever see of her father
and it is enough to last me a life time.
Bless him.
He can’t help it.
And sadly I can’t avoid it.

We got the dad unclogged today.
Mr nonchalant doctor was his typical rude, arrogant and non southern self during our visit…
He didn’t want to initially believe, let alone admit,
that there was any scar tissue from August’s surgery…
Well guess what…
there was.

No wonder poor dad was becoming a human water balloon,
a toxic human water balloon.
But mr nonchalant doctor assumed it was the tumor growing; the one we had opted not,
against his suggestion, to spend 8 weeks radiating on a daily basis.

Quickly and without fanfare or even words, Mr nonchalant doctor performs a little procedure
then quickly leaves the room with us eventually leaving
with now a new sort of water balloon,
a catheter.
And thankfully free-flowing once again!!
No spreading cancer as dad was fearing…
just a little scar tissue fouling up the works…

Dad was having to get up literally 18 times a day and 9 times throughout the night living
like a human water balloon…filling up, but not flowing out.

The doctor walked out with nary a word….
No words of kindness, no words of encouragement,
no words of care nor words of what we might need to do…

Kind of like a wham bam thank you mam sort of moment.

Leaving me with the young nurse to attach everything…
getting everything in, on, up and poor dad back into his chair.

Where I come from a gentleman assesses the situation and lends a hand where
he sees the need.
We call that being a man…patient, kind, gallant and thoughtful.

When we finally walked out, me walking, dad rolling…
Mr nonchalant doctor was sitting at his computer in his office, directly across from us,
as we exited the exam room.

I was sincere and gracious in my thanks and gratitude for helping dad.
As I was always taught to offer thanks for a service rendered and I was genuinely
grateful that dad would now be functioning and flowing.
Plus there I was wheeling my cancer ridden, feeble, 88 year old father
who has just bared everything to everyone…did he not deserve a word?

There was a very long pause of silence before acknowledging that I had spoken…
without glancing from the computer came an “ah huh”…
and with that, dad and I were on our way.

At the elevator dad leans his head back in my direction as I push the button for down…
“he doesn’t have much personality does he?”
“I think he’s a jerk dad.”
“I just think he doesn’t have a beside manner” dad counters…

And that my friends is the response of a gentleman.

A man who just bore his feeble sickly body for violation and he merely chalks up
being ignored to a lack of personality.
Where I see a sorry SOB…

Had I not been wheeling dad, who was now hurting and asked for something for pain,
as mr nonchalant non caring doctor quips over his shoulder, “take some tylenol'”…
I think I would have marched in that office of his, slaping my hands down on his desk,
asking or rather telling him to do the polite thing by
looking me in the face when I’m speaking
and to acknowledge my father as an elder as well as a hurting human being….

And don’t forget, we also came up with iced tea…..
thank you very much…

Love your enemies, do good to those who hate you,
bless those who curse you, pray for those who mistreat you.
Luke 6:27-28