“The fact that the Son of man shall come again is more than a historic prophecy;
it is also a decree that God’s coming and the shaking up of humanity are somehow connected”
Alfred Delp 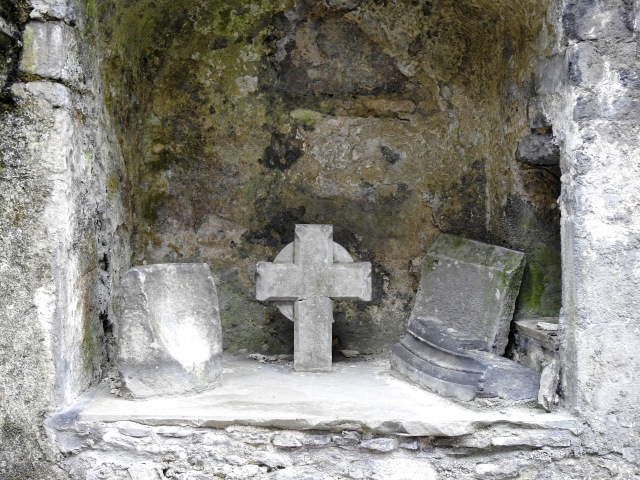 Granted it seems a bit early yet to be looking toward the coming season of Advent…
but let’s try telling that to the giants of Sales and Marketing.

It certainly doesn’t seem to be too early for the department stores,
and all things merchandising, to giddily jump on the early bandwagon of Christmas.
as the mass marketing of Christmas frustratingly now precedes Halloween.

Yet we should remind ourselves that it’s really not Christmas,
not the Christmas that Christians know,
of which the Mass Marketing giants are now greedily rubbing their hands over.

And we must, year after year, work harder and harder to be mindful of such as it
becomes far too easy to get sucked into the maddening holiday hype which is currently
underway in earnest.
So much so that I find myself getting nervous just running in to pick up whatever from say
Target or the grocery store as Christmas is staring me in the face….

With the current state of my life being in a constant state of flux…
so unpredictable, so up in the air and so utterly chaotic these days,
I’m finding that I’ve got to grab at things when I can.
Hence why I jumped in a bit early to the Advent Book I received for Plough Publishing House

And it was the entry by Delp, The Shaking Reality of Advent that has resonated so
deeply in my soul.

Maybe it’s because his words, written 72 years ago, seem as if they were penned last night.
Written by anyone with Christian conscious who is observing the tumultuous times of our world.

Maybe it’s because I know that he wrote these words while he was being held by the Nazis
as a presumed traitor of the state.
He had been tortured and beaten while awaiting his trial.
As a state prisoner in Tegel Prison in Berlin, Delp had been arrested on the grounds of a
connection with the final assassination plot against Hitler,
of which he was not involved,
it was customary for those prisoner’s hands to chained and handcuffed at all times,
yet Delp manages to secretly write spiritual reflections of Advent and Christmas while
secretly saying mass for his fellow prisoners.
We have his works to this day because they had been smuggled out of the prison and
shared with his fellow prisoners.

Delp was offered his freedom if he would denounce being a priest…
Yet he refused.
He was hung February 2, 1945 just a few months prior to the fall of Nazi Germany.
He was only 38 years old.

Maybe I am so drawn to Delp’s words because despite his position and his suffering,
he could joyfully look forward to Christ’s re-coming to a very darkened world…
because that’s what Advent translates to… ‘coming’…

So whereas, throughout these trying times of this nation of ours,
the family of Believers may be shaken, but we are not deterred…
Come what may…..

“Many of the things that are happening today would never have happened if we had been
living in that longing, that disquiet of heart which comes when we are faced with God,
and when we look clearly at things as they really are.
If we had done this, God would have withheld his hand from many of the things that now
shake and crush our lives.
We would have come to terms with and judged the limits of our own competence.
But we have lived in a false confidence, in a delusional security;
in our spiritual insanity we really believe we can bring the stars down from heaven
and kindle flames of eternity in the world.
We believe that with our own forces we can avert the dangers and banish the night,
switch off and halt the internal quaking of the universe.
We believe we can harness everything and fit it into an ultimate scheme that will last…

If we want Advent to transform us–our homes and hearts,
and even nations–then the great question for us is whether we will come out
of the convulsions of our time to awaken from sleep.
A waking up must begin somewhere.
It is time to put things back where God intended them.
It is time for each of us to go to work–certain that the Lord will come–
to set our life in God’s order wherever we can.
Where God’s word is heard, he will not cheat us of the truth;
where our life rebels he will reprimand it.
We need people who are moved by the horrific calamities and emerge from them with
the knowledge that those who look to the Lord will be preserved by him,
even if they are hounded from earth”

Father Alfred Delp’s writings on Advent smuggled out of
Tegel Prison, Berlin 1944
Delp was hanged by the Nazi’s in 1945
Excerpt taken from When the Time was Fulfilled

God did this so that they would seek him and perhaps reach out for him and find him,
though he is not far from any one of us.
Acts 17:27

Consistency, madam, is the first of Christian duties.
Charlotte Bronte

“Unless God has raised you up for this very thing, you will be worn out by the opposition of men and devils. But if God be for you, who can be against you? Are all of them together stronger than God? O be not weary of well doing!”
― John Wesley 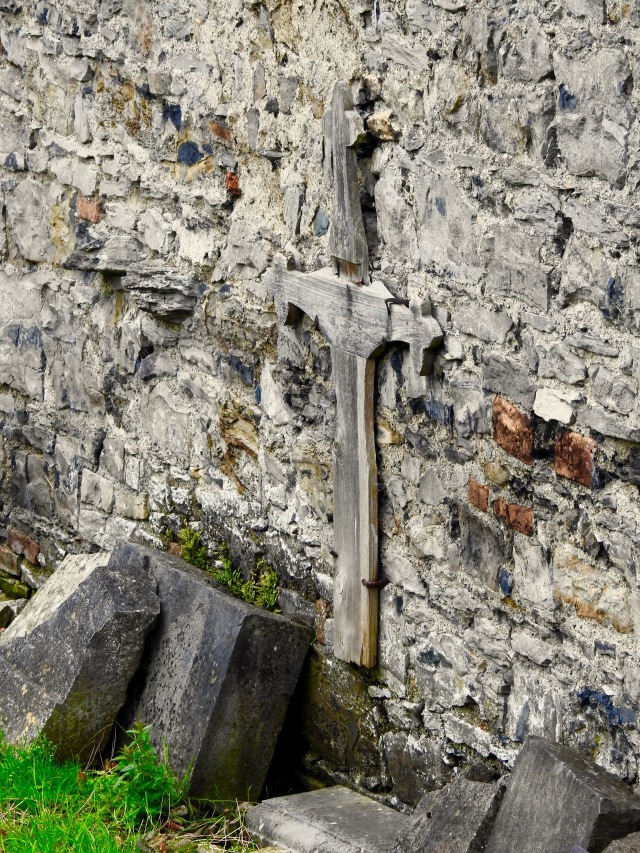 As much as we…
try
arrange
rearrange
plot and plan
inconsistencies will forever be a constant.
For there is nothing in our lives that will remain without glitch, hiccup, accident, or
bedevilment

And so He comes….

To be a Christian who is willing to travel with Christ on his downward road requires being willing to detach oneself constantly from any need to be relevant, and to trust ever more deeply the Word of God.
Fr.Henri Nouwen

Time is a brisk wind, for each hour it brings something new… but who can understand and measure its sharp breath, its mystery and its design?
Paracelsus 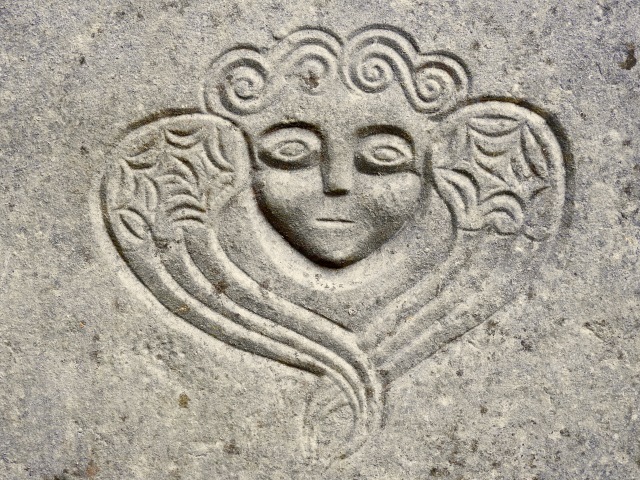 There once was a time when these markers, these words, these remembrances were thought well of—for they marked the lives lived of those who once mattered to someone else.
They mattered to those in a certain time who thought well enough to remember, to mark and to recall the lives, the times and the deaths of others who mattered…

For there once was a time to celebrate, a time to mourn and a time to remember…

It also appears that there has been a time to forget…

For Time has simply had his way…sweeping gently away the physical reminders of that which once was…as the names, the lives and the times of those once thought well enough of… have slowly faded…as time has now long passed since the days of remembrance for the lives and times of those who now lie buried here…as they, their lives, their times are now forgotten and simply abandoned to the ravages and march of Time…

For some of us Time will be quickly passing…
While for others it will be a time slowly to depart.
Yet all of our time will surely wane…
Making way for a new time…

As the questions hang heavy…when did those who had taken the time to recall and remember, take the time to simply walk away, disappear and forget…?

For it seems that at some point in time each and everyone of us will indeed have our day and our time… yet…
Just as quickly, our days and time will surely pass…as we too will simply be a name, a date, a time of a life and time that once was…leaving others in a different time to wander and wonder..
Which in turn leaves only just one question….before our time has waned and is to be forgotten…

… how shall we then pass those days and that time…?

“Do not be amazed at this, for a time is coming when all who are in their graves will hear his voice”
John 5:28 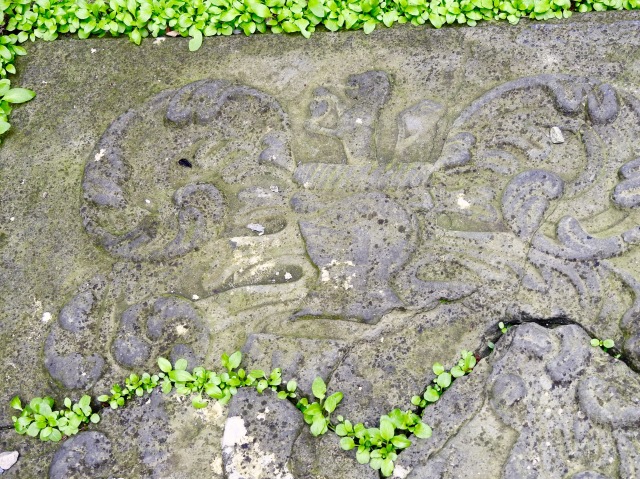 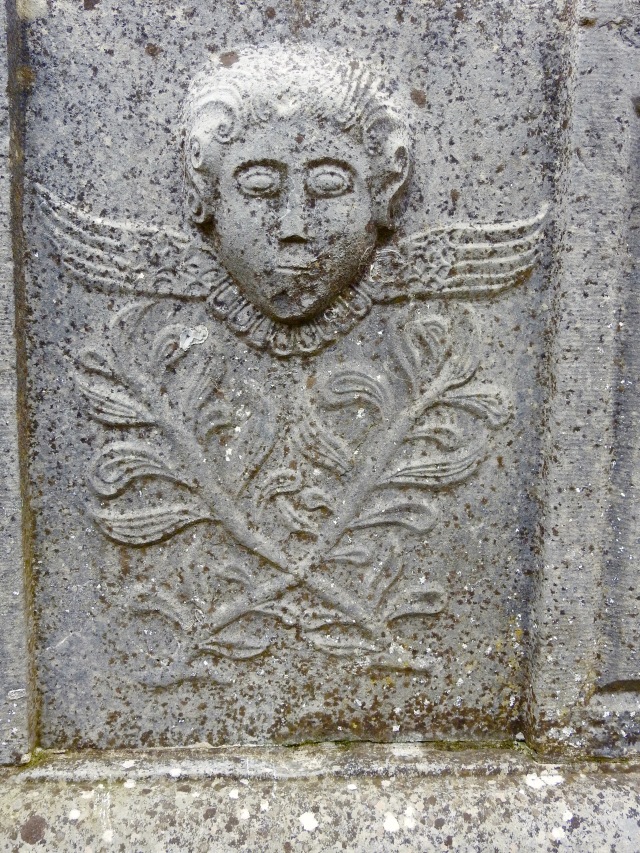 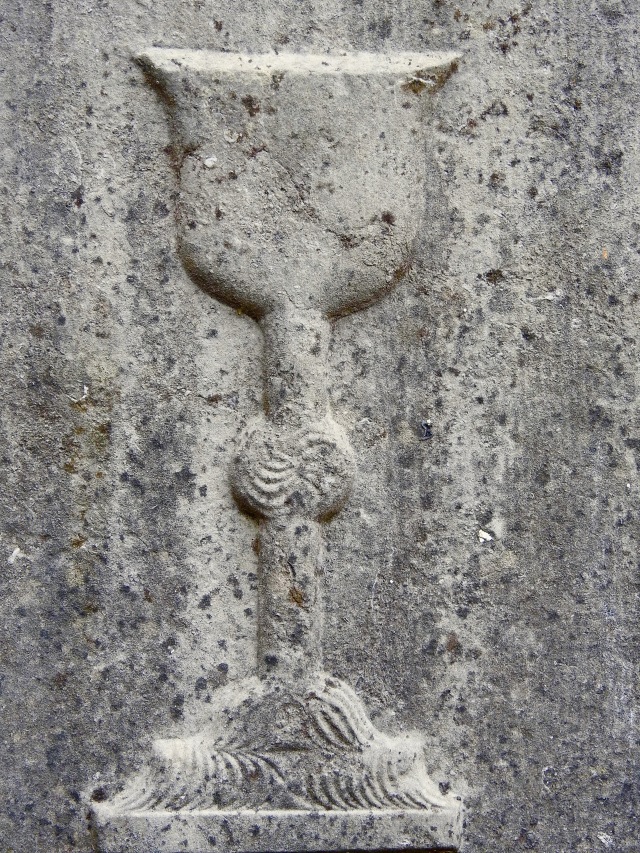 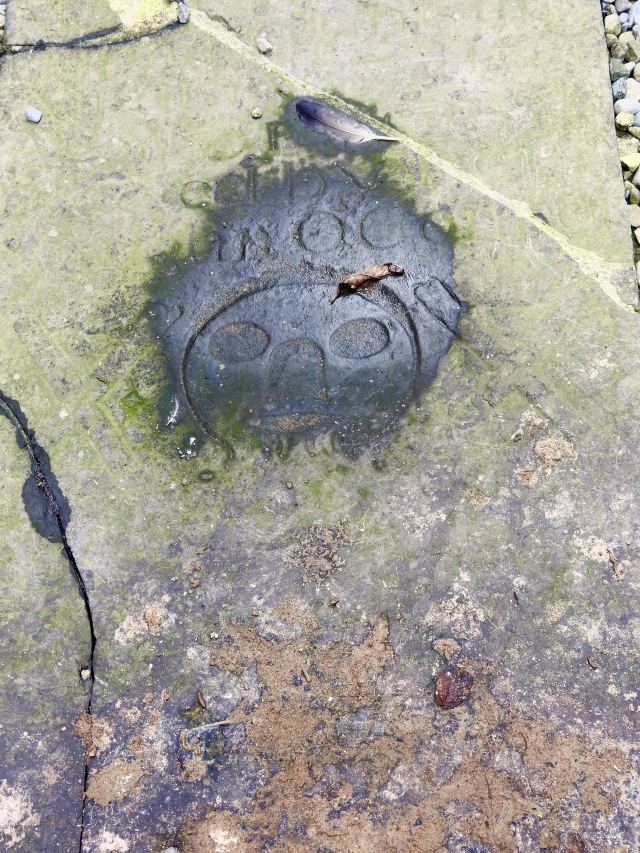 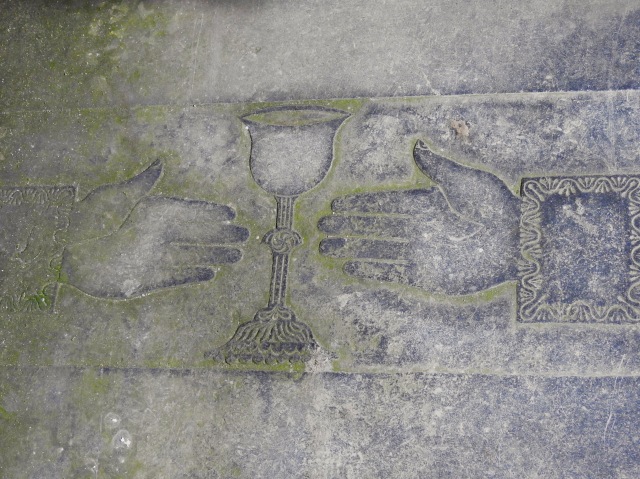 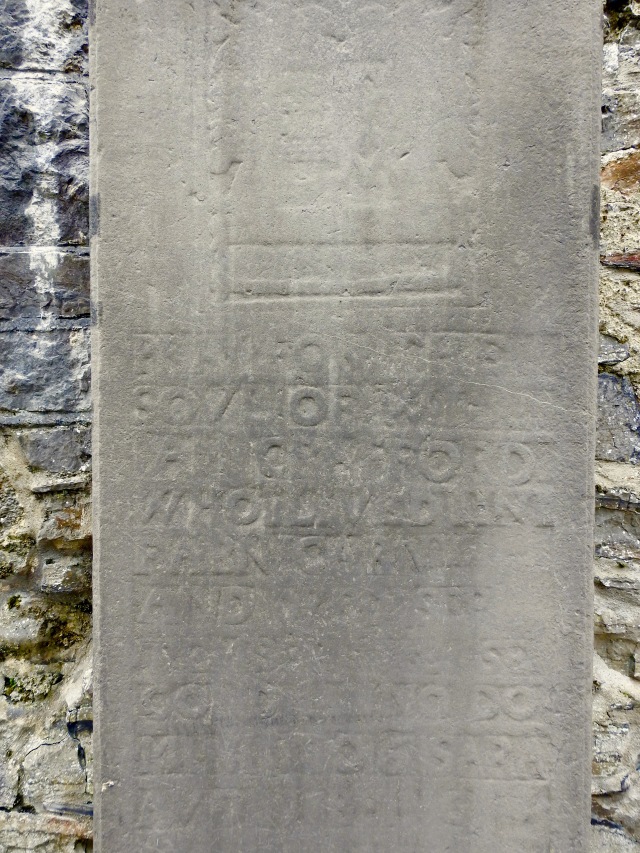 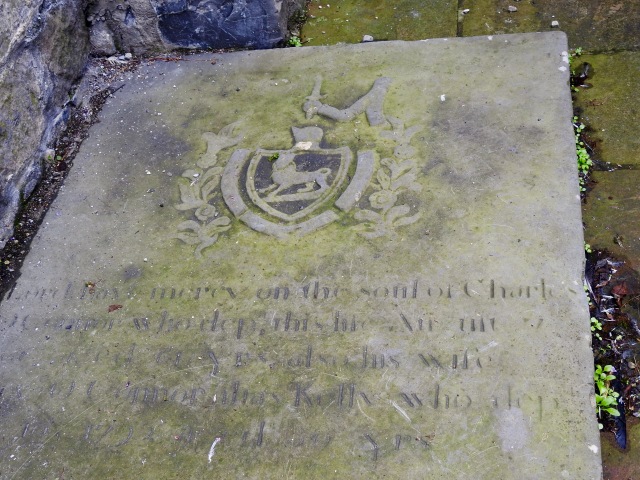 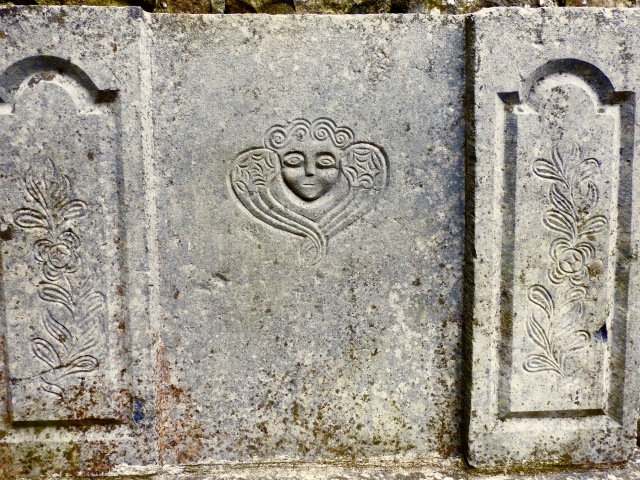 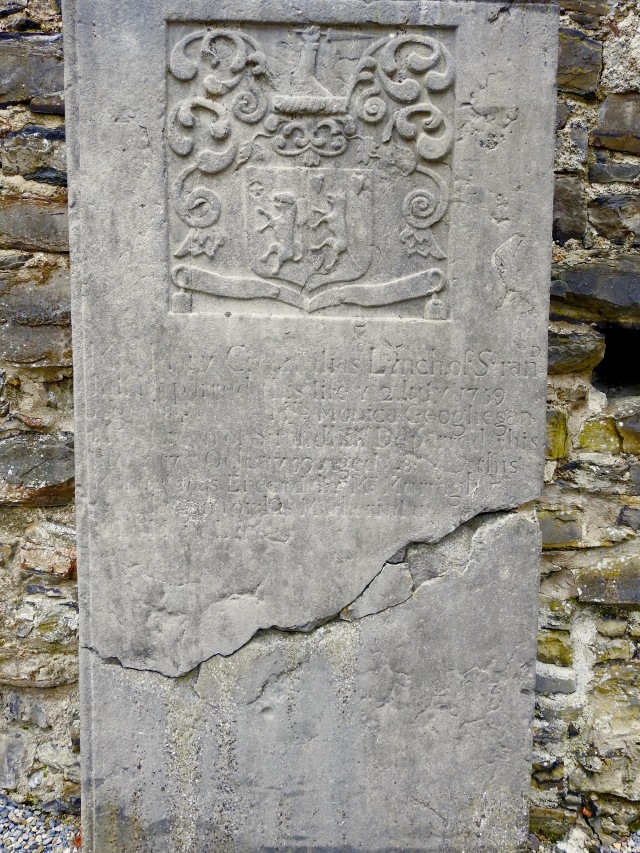 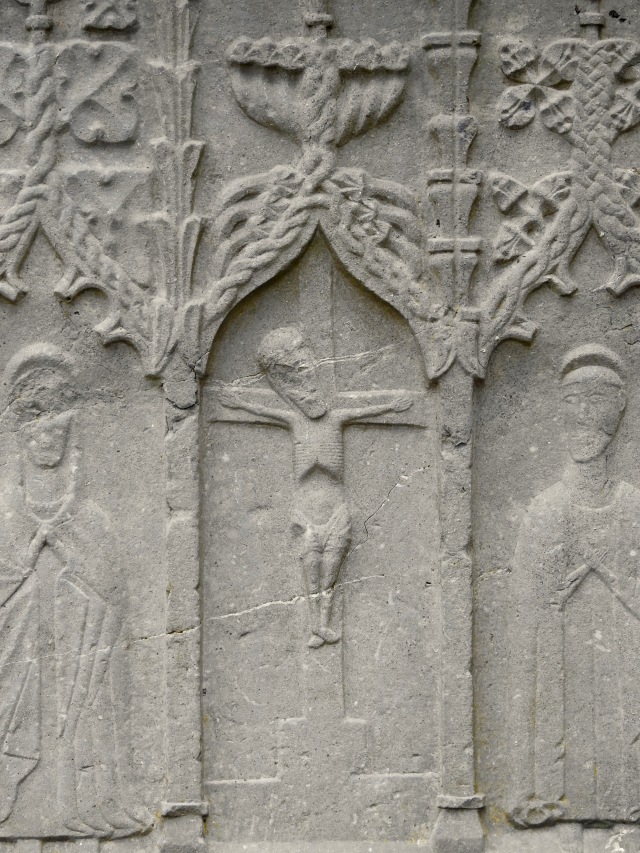 “God constantly encourages us to trust Him in the dark.”
A. W. Tozer 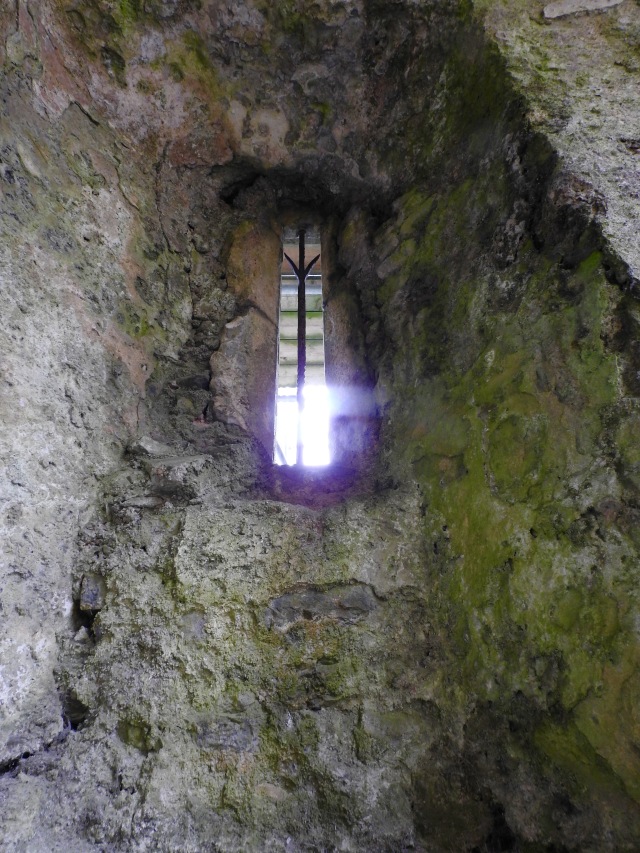 (a window in the remains of the once great Cathedral at the Rock of Cashel / County Kerry, Ireland / Julie Cook / 2015)

Piercing the darkness, cutting cleanly as a heated knife through butter, a great light shines…lifting the heavy shadowy cloak which has hung heavy across my shoulders all these many years. 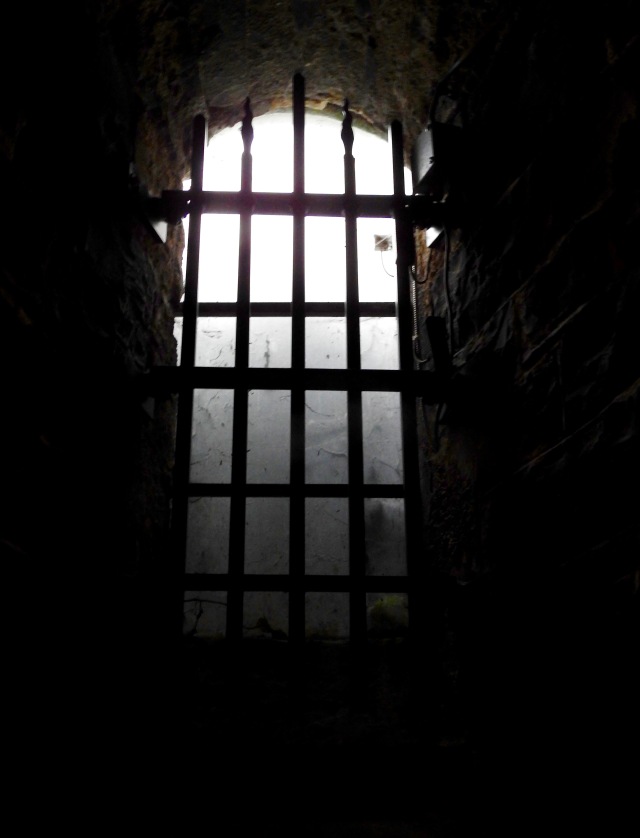 Stooping beneath the murky weight of obscurity my head lifts as narrowed eyes ache to overcome the brightness filtering into the blackened cell of my heart.

It is as if I’ve spent a lifetime clawing and digging my way to this point, breaking the heavy stones that have sealed me in this often self-imposed tomb of indifference and frustration…as the world has labored, continuing to layer stone upon stone. 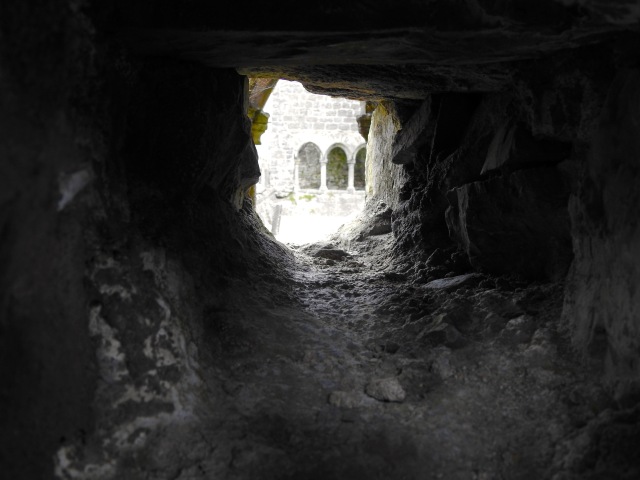 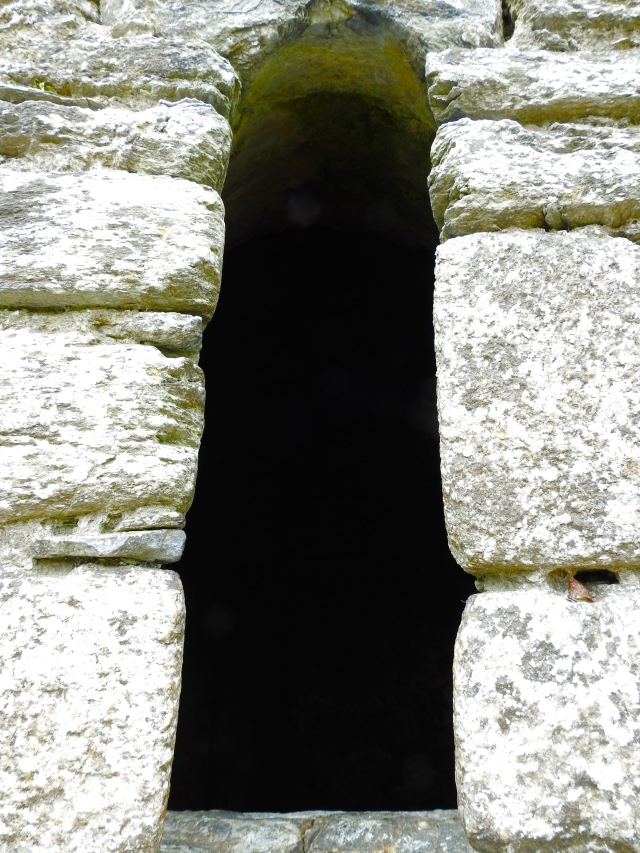 Riding the highs of Light filled days, basking in the swirling warmth, a nagging question of endurance darts in and out of consciousness like a moth seeking a flame.
Longed to be ignored yet annoying and distracting.
Shadows lengthen as a chill fills the air.
Exuberance has worn itself out as giddy filled days are a fading memory.
Can I hold on?
Will It hold on…to me…? 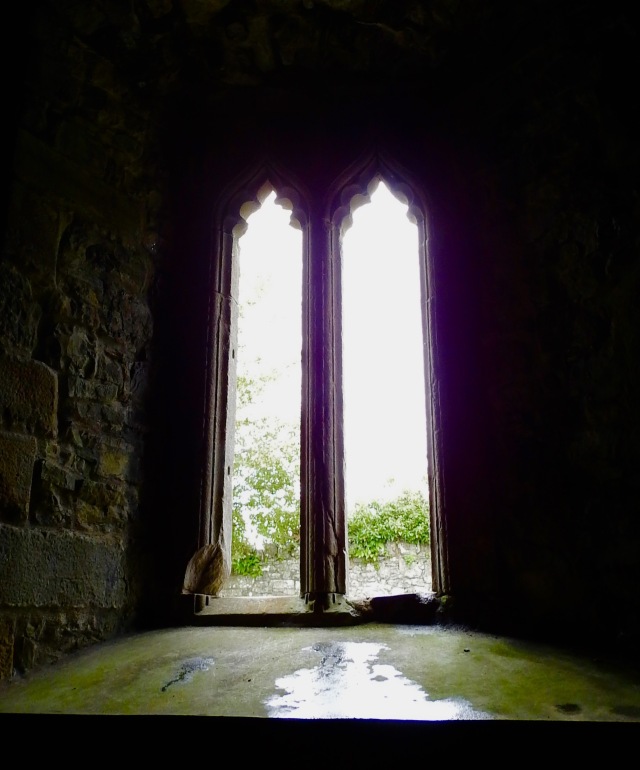 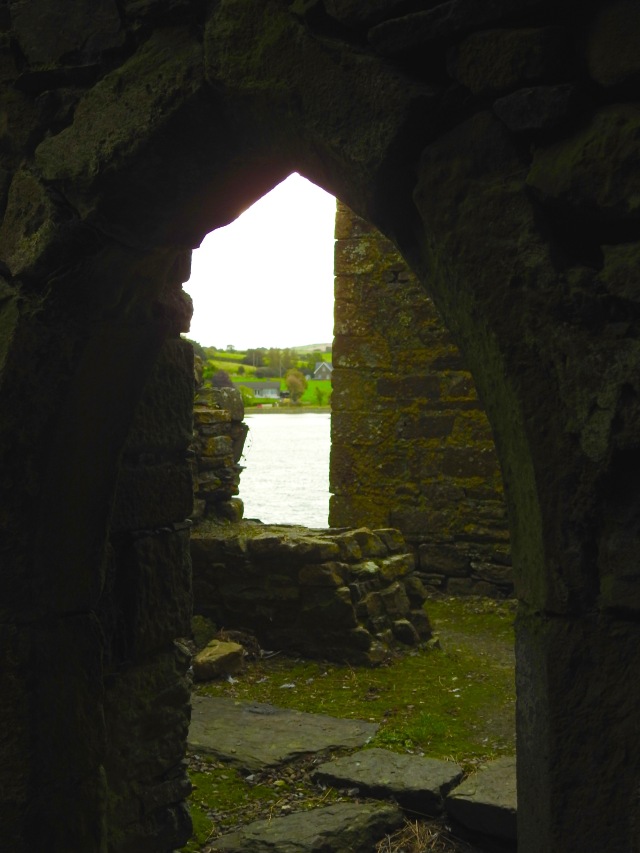 The city does not need the sun or the moon to shine on it, for the glory of God gives it light, and the Lamb is its lamp.
Revelation 21:23 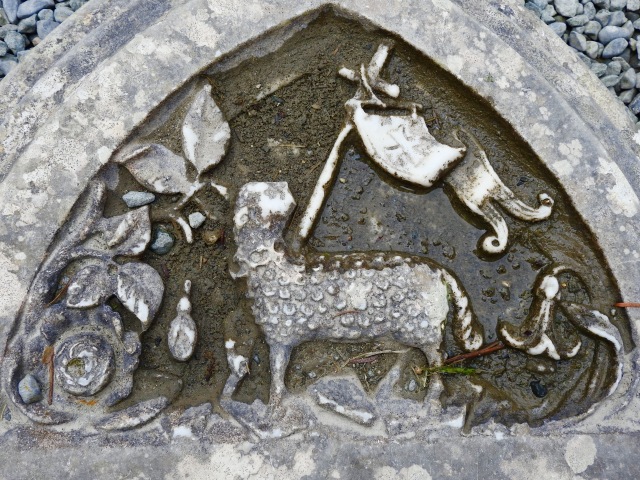