“the world is a sick man whom sin has made sick…

as this pious cleric reminds us that…

“sin is the sickness and to scorn sinners is to scorn the sick.”

Little did I realize how much those words were to resonate in
my own heart on a very personal level….

Saturday night we had been out to eat with friends…
It was just before midnight when we finally climbed into bed, ready to call it a day…
that the phone rang.

Calls in the night are never good.

It was the security monitoring system alerting us that the alarm at my husband’s store was going off.
Quickly dressing we raced to town hoping this was just some sort of false alarm.
Pulling into the shopping center we were met by the Georgia State Patrol and 4 Carrollton Police vehicles…it was no false alarm.

Glass littered the sidewalk like a million sparkling diamonds, scattering out into the parking lot…
this was the ominous welcome mat for what we would find inside.

I can’t describe the sicking feeling that grips one’s gut when walking upon
and seeing an extended part of yourself shattered and violated…
A flock of shadows eerily wandered in the fractured light with flashlights in hand,
searching for any information as a carpet of broken glass crunched underfoot.
The police surmised it all took place within 20 seconds.
Twenty seconds and thousands of dollars later…..

My husband’s father had returned home after spending fours years in Europe fighting
in a world war.
With no training or connections and little money in hand,
he opened a small town jewelry store with a legacy now 70 years old.

My husband took up the torch 40 years ago.
His store, his business, is all he has ever known.
He’s poured his entire existence into this small-town business with a
sense of selflessness rarely seen in today’s business market.
His integrity, diligence and sheer honesty has been the greatest example of
living and working that he could ever offer to our son.

Seeing a portion of this self-effacing work ethic of the man I’ve been fortunate to
share the last 34 years with…
broken and scattered along the sidewalk and parking lot late on a stormy Saturday night,
left a part of my own heart shattered and mixed within the glass.

Over the past several weeks,
I’ve sat perplexed as I’ve watched a swarth of this country act disgracefully and unbecomingly.
I’ve seen protesters marching, burning, and smashing store fronts.
Women enjoying profane laced rants.
Young people with masked faces torching that which is not theirs.
Vandalism for the sake of vandalism.
while hate percolates up to the surface…
As a percentage of this country decides every time we have transition and change,
it is a rallying cry for destruction.

There has been a call to destroy.
To destroy that which belongs to someone else…
that which was sweated over to create,
that which was labored over to build
of that which has witnessed the loss of sleep and great sacrifice…
coupled with the tender nurturing while praying as it all ebbed, flowed and growed…
pouring out a life to and for…
While others now selfishly and hatefully decide,
in the blink of an eye,
that none of that matters.

I cannot abide by those who steal or blatantly vandalize.
I do not make excuses that such individuals are disenfranchised, impoverished,
or uneducated…
that such individual’s behavior is due to the fact that they have not
benefited as others have…
so therefore such behavior is not to be seen as wrong…
just merely misunderstood.

Such is the liberal mantra echoed by those who make excuses for those who knowingly
choose to do wrong.

There are no excuses for choosing to do wrong.

So now I am finding myself hearing the same words of St Velimirovich that I typed
and shared yesterday…
“Make your heart prayerful, together with your soul and your mind,…
feel pity and compassion for every creature…
Do not scorn sinners, but pray for them…”

Whoever is of God hears the words of God.
The reason why you do not hear them is that you are not of God.”
John 8:47 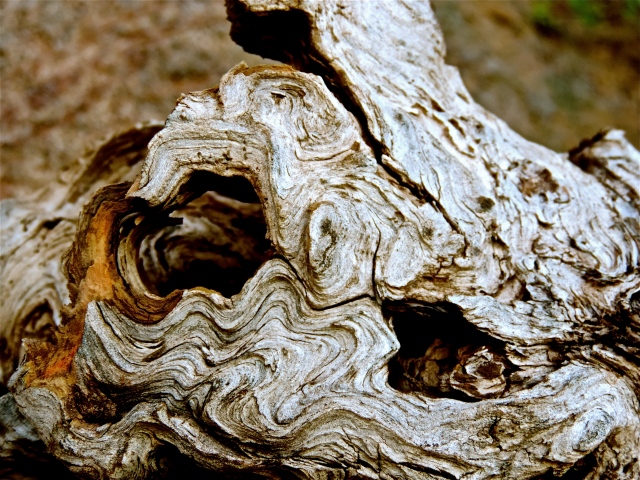 “In the middle of the journey of our life I came to myself within a dark wood where the straight way was lost.”
Dante Alighieri

I think many times in life, even when it seems we have a plan, we have a direction, we have a “life”, we can still find ourselves feeling, well, a bit “lost” as it were. Spinning our wheels somewhat aimlessly, spiraling as if out of control, going nowhere and going there fast.

Oddly enough when I think of Dante Alighieri’s Divine Comedy, the body of work which gives us today’s quote, I think of Charles Dickens’ A Christmas Carol. Two very different stories written during two very different time periods, written in two very different countries, in two very different languages and yet they are two stories intertwined, unbeknownst to each author, about the adventure of life which desperately needs a reality check—a reminder of what life has been and if things don’t change, what life could be, unless there is a drastic about face, a turing around with a change of heart.

Dickens’ focus is more on a life lived simply for self and for greed with little to no regard for those less fortunate— or in Scrooge’s case, a regard for no one, not even particularly himself, other than the dispassionate making of money at all costs.

Dante’s tale is also a story about life—or rather lives lived wantonly with little to no regard to the fate of living such morally devoid lives—complete with a vivid and sober reminder of the results of living with such “sinfulness” and of how that leads to the spiraling, and apparently hopeless, journey into the results of that “sinfulness”……..

In Dante’s case the change is actually left up to the viewer—live a life like these folks and you’re stuck in a ring of hell–it’s all just a matter of which ring. In Scrooge’s case it’s a matter of change so you don’t wind up like Jacob Marley with the weight of your sins hung on your neck for all of eternity.

This past week a tragedy happened in our county. It actually took place in a neighboring city of ours.

My husband is in a business where he has several competitors in our town, as well as in the neighboring towns. These businesses, whereas they do compete against one another, there remains a mutual respect and cohesiveness amongst all the businesses. This week, on Wednesday, during the middle of the day, 4 men entered a competing business, in a neighboring community, with hammers in order to “smash and grab”—a brazen type of robbery during the midst of a busy work day.

But rather than just smashing and grabbing—stealing and leaving—something went even more terribly wrong. The store owner was shot and killed.

He leaves behind a wife and two sons. He went to work that morning and in a terrible span of 15 seconds, that’s how long these men were in his business, his life was cut short and he wasn’t going home to his family that evening.

This sort of crime, even though our county is but an hour away from a major metropolitan city, is unheard of here. Our communities are such where people grow up together, go to school together, raise families together, go to friday night high school football games together in order to compete against one another, attend church together, shop together, simply live together — but violent crimes such as this….no, certainly not here. Not when you can drive 3 minutes out of our communities and find cows grazing in their fields, children riding their bikes, fruit markets set up selling the latest harvest…………

As word spread of this heinous act Wednesday afternoon, my husband’s phone wouldn’t stop ringing. Customers streamed into his store wanting to just “hug his neck”—-people were suddenly and sadly struck by the fragility of life.

The police apprehend one of the “men” who was left behind by his fleeing accomplices—he was the 16 year old gunman. Yesterday another man was apprehended many many miles from our community. These men were not from here but from the major metropolitan city. Last night, on the nightly news, one of the apprehended men was being lead into a courtroom for a bond hearing where he proceeded to repeatedly shoot the news cameras “a bird”——a life is taken for nothing and he shoots a bird to the news crew……I just don’t understand.

Fear has now gripped our county, our neighbors, our business owners. I now look at my husband each morning and I wonder if he will come back home in the evening—or not.

Did these men think about taking a life and of the ramifications of such? I doubt it. Do they now think of the consequences of their actions? I don’t think their thoughts are as mine would be—-I don’t even know if they care—maybe the remaining two “on the run” only care about not getting caught, maybe they all just care about being stuck in a jail–going through a trail, maybe facing the death penalty—do they think about that? Do they think about God and what may happen if there is no redemption on their part????? Do they think of this man whose life they stole?
Of his now bereft family? I doubt it.

These sorts of actions by a few make life forever different for many others.

May we all stop and ponder the course our actions and of the effect they have on those in which we share this planet and may our thoughts now also be with one very sad family and community—as this is not an isolated event—this sort of thing is playing out all over this country of ours—violence serves no purpose, I wonder when we will ever figure that out……..will there ever be redemption in the hearts of these men???????…………